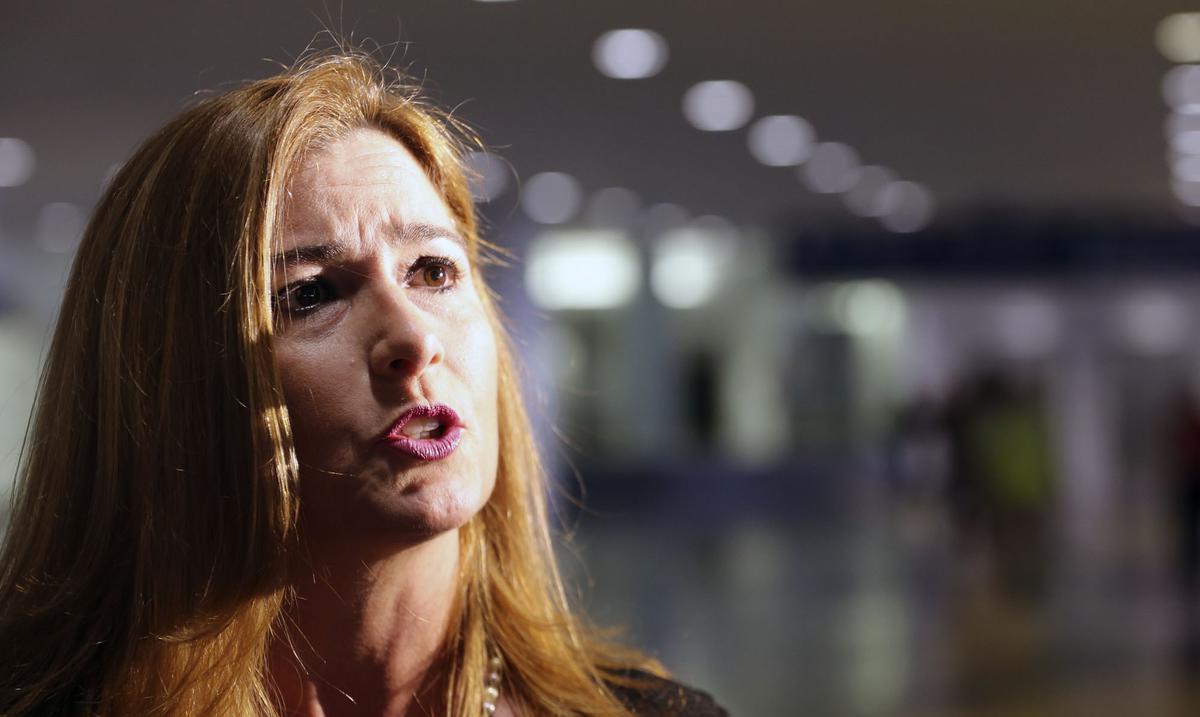 Publisher’s note: Are you interested in learning more about Business? Subscribe to the newsletter “After all” of the journalist Joanisabel Gonzalezwho each week, in a simple format, offers a summary of the economic and business activities of Puerto Rico and the issues that affect your pocket.

The Tourism Alliance for Puerto Rico (ATPR) “demanded” Governor Pedro Pierluisi Urrutia to order the Public-Private Partnerships Authority (AAPP) to cancel the agreement reached with Global Ports Holding (GPH), the company that would be in charge of the San Juan Bay cruise ship docks.

“We have been making serious complaints about the lack of transparency, the possibility of a monopoly and the imminent loss of jobs for nearly three years,” said the president of the ATPR, in a written statement. Daphne Barbeito, adding that the company’s ties to a US-sanctioned Russian bank only add to the organization’s concerns.

Barbeito’s expressions came after El Nuevo Día revealed that the parent company of GPH -Global Yatirim Holding (GLYHO)- has among its main shareholders the bank VTB Bank, owned by the Russian government and which appears on the list of sanctioned entities by the United States after that Asian country’s invasion of Ukraine. Global Yatirim Holding is the corporate name of Global Investments Holding (GIH).

Similarly, the claims of the ATPR occur after the mayor of Bayamón, Ramón Luis Rivera, as well as the leaders of the legislative minority, Thomas Rivera Schatz and Carlos “Johnny” Méndez, indicated that given the company’s ties GPH with Russian interests, the government should not give way to the contract.

“I am very concerned that a company that has ties or ties to the Russian government may be bidding for contracts in Puerto Rico,” Resident Commissioner Jennifer González said last night through her Instagram account.

González recalled that the United States government has prohibited any type of contract with any Russian company or that has direct or indirect links with Russian interests.

“I am against it,” said González, joining the expressions of the Bayamo mayor.

“If this goes unnoticed, what can we expect from other situations that really have an impact on the cruise industry? It is false to say that they operate in isolation. Global Ports Holding pays dividends to the parent company GLYHO”, said the president of the organization that brings together companies and people who work in the tourism sector, including carriers, tour operators, tour guides, museums, travel agents, short-term rentals, hotels, artisans, retail stores and restaurants.

Barbeito denounced that despite the fact that the government has been in negotiations with this company for years, the impact that the signing of this contract would have on tour operators, in the gastronomic industry, in small and medium-sized businesses that give service to tourists, among other lines.

Similarly, the rejection of the company by the main cruise lines has not been addressed. “Far from being experts on the subject, we see that they are mere partners in some ports,” said Barbeito, referring to the business model that the company has used in other destinations.

According to information that has circulated in the media, it follows that the Puerto Rico contract would represent Global Port Holding 20% ​​of its operation. “This would be a substantial part of their operations and calls into question whether they are really leaders in the world market,” added the executive.

Meanwhile, the president of the Dock Employees Union, Luis Malavé, indicated that “the only difference” that exists between the Luma Energy contract and what Puerto Rico would agree to with GPH is that “We are still on time since the government of Puerto Rico has not signed the contract.”

“We cannot allow them to be shipped by this Turkish company with an apparent dubious reputation,” Malavé said.

Business and union leaders agreed that the only option for the governor of Puerto Rico is to cancel the agreement.

Malavé maintained that moving forward would mean “the displacement of businessmen and workers and the total dislocation of an industry that has served Puerto Rico well.”

For his part, the president of Puerto Rico Tour Operators, Guides and Excursionists (PROTGE), José Poupalalso called on Pierluisi Urrutia to rectify “the route traced by his subordinates that endangers not only the future of the tourism industry in Puerto Rico, but also the reputation of the destination.”

“It’s time to sit down at the table with the industry, not in protocol meetings where your team fails to comply with what is assigned and refuses to answer the 23 questions that were asked,” said Poupal.

El Nuevo Día learned that for months, as well as during a recent meeting with Pierluisi administration officials, the ATPR presented a list of questions about how the public-private partnership (PPP) with GPH would work, but they have not received a response.

Currently, in the Caribbean, GPH operates in the Bahamas and Antigua, but the ATPR indicated that by 2018, GPH would also have signed a contract with the Cuban government to offer consultancy services for the ports of Havana for 15 years. However, the organization has not managed to know the result of such an agreement.

According to numbers from the Puerto Rican government itself, the operation of cruise ships generates about $30 million annually. If that figure is considered, this would represent collections of about $900 million for the next 30 years, income to which the operator would have access.

“The question that remains unanswered is how much will the government of Puerto Rico receive in cash from (GPH),” concluded Barbeito.