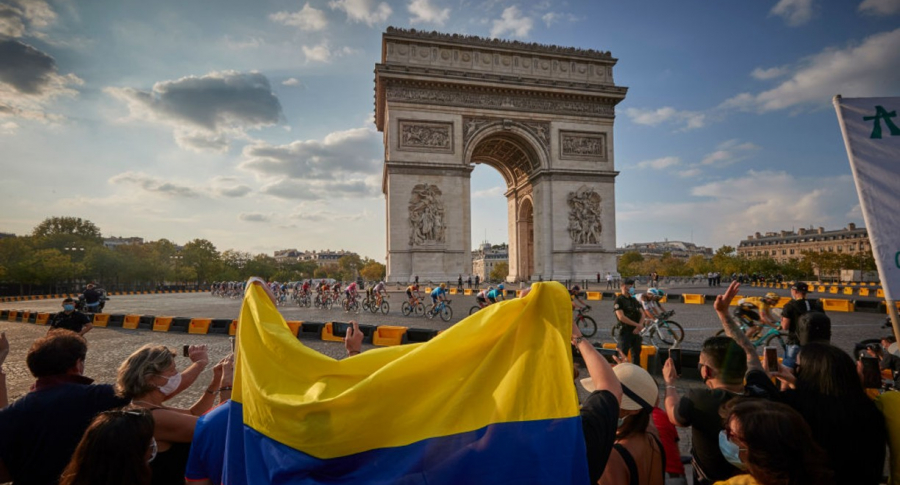 The Tour de France, whose 2021 edition begins on Saturday in Brest, seems to have less mountain than in other editions, but its director, Christian Prudhomme, rejects this conclusion.

Question: Is this Tour designed against climbers, with more time trials (58 kilometers) and less mountain?

Answer: If some believe that there is no mountain, they are wrong. There are fewer high arrivals but there is no less mountain. This is what we have been doing for years, is to ensure that there is not a litany of sprints on flat stages. There we will find in the first two final stages for arrivals with people who will fight for the first yellow jersey, but also favorites for the general classification.

Q: Is it a gift for Julian Alaphilippe?

R: No, it is a gift for an arrival, it is Julian Alaphilippe, Mathieu van der Poel, Wout van Aert or any other because we can imagine Primoz Roglic winning. What we want is to see the Tour de France favorites shoulder to shoulder from the first weekend.

Q: What do you expect from that first week?

R: I hope that that first week has a real influence on the overall ranking.. An agitator like Mathieu van der Poel is going to influence, by his ability to attack from afar, his superpower, and also by what he represents, son of Adri van der Poel and obviously grandson of Raymond Poulidor. I am convinced that he will look for the yellow jersey that his grandfather never wore.

Q: Why do you speak of tenants?

A: Because the field of expression of the runners is the roads, which do not belong to us. We use the highways, which depend mainly on the departmental councils, we must work hand in hand with the public representatives and with the State services. We only go where we are invited.

Q: And you are not welcome everywhere, it was seen last year …

A: I remember last year we were forced to change the location of the Grand Start very quickly. The Brittany region, its president Loïg Chesnais-Girard, accepted after consulting with other elected representatives to give the OK. Last year a big newspaper talked about a plan B like Brittany, it is actually a plan A.


Q: But there was opposition in Rennes from some environmental politicians.

A: I am not at all in the controversy. Local administrations are indispensable in the life of the Tour de France, that is very clear. We were lucky to have 32 applications from cities in good shape for 8 places. If we had chosen all the Breton cities, we would only have to go directly to the Champs Elysees.

Q: Does the 2021 Tour have the same dimension as last year?

A: It recovers dimensions more similar to what it was. ANDWe were below 40% last year, we will certainly be 20 or 25% below this year. The caravan recovers the dimensions of 2019.

Q: Is it an additional risk to the environment?

A: The Tour feeds on the attractions of France and we do not intend to damage those attractions. That is why we have paid particular attention for years to protect the areas we pass through. Last year we arrived at Mont Aigoual, in the heart of the national park, and it went very well.

Q: What concrete steps do you take in this regard?

R: We put nets to prevent people from leaving the authorized places, we put up protections, signs. There are places where the caravan does not deliver, does not make noise, where television helicopters have no right to pass. We work to ensure that there is less plastics in the caravan, there are only for food products for obvious hygiene reasons. There are more and more things made of bamboo.

Q: And for vehicles?