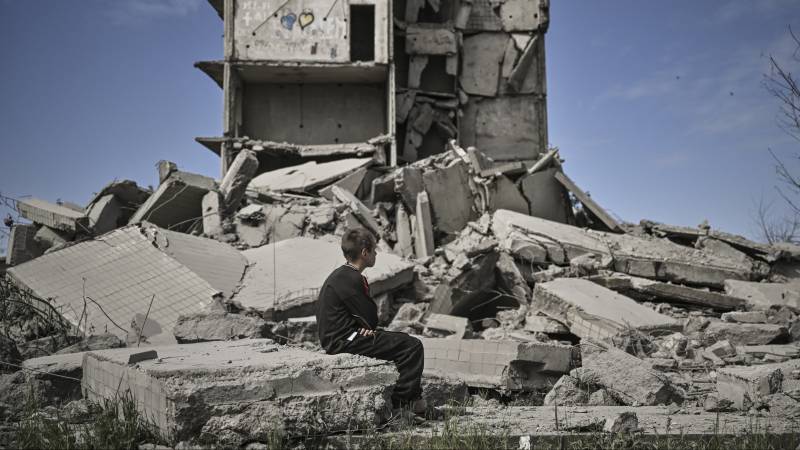 Tonight on TV: Heavy battle in Donbas • Church split threatens to play a role in women

In the exclusive interview that news hour yesterday with Volodymyr Zelensky, the Ukrainian president said he is convinced that his country will win the war. And that a victory for him means the recapture of all the territory. But that goal is increasingly out of sight as Russia reports daily victories in the Donbas, in eastern Ukraine.

Also today, the Russian forces are making steady progress and taking the small town of Lyman. Can Ukraine still turn the tide? A guest is a military expert Peter Wijninga† And reporter Gert-Jan Dennekamp speaks in the city of Lviv with relatives of war victims.

“A massacre is going on in eastern Ukraine”

‘Without thinking about it, they sacrificed their lives’

Fierce discussion about the role of women in church

Within the Christian Reformed Churches, a persistent conflict has erupted about whether women should have an official role in the church, such as pastor, elder or deacon. A divorce within the church is imminent.

During the synod, the ecclesiastical meeting, the question of whether the woman may be admitted to office was discussed for 21 days. This makes it the longest debate of the synod ever. We watched and spoke with church members.

‘You must obey the scriptures’

Does hack change the situation of Uyghurs?

After a hack of Chinese police servers, thousands of photos of Uyghurs and pieces about the conditions under which they are detained in China’s Xinjiang region appeared this week. Hundreds of thousands of Uyghurs are being punished and brainwashed there to eradicate the culture of the Muslim minority. China denies and says they are voluntary vocational schools.

The documents were released shortly before UN Human Rights Commissioner Michelle Bachelet began her visit to China. What effect does the publication of the documents have?