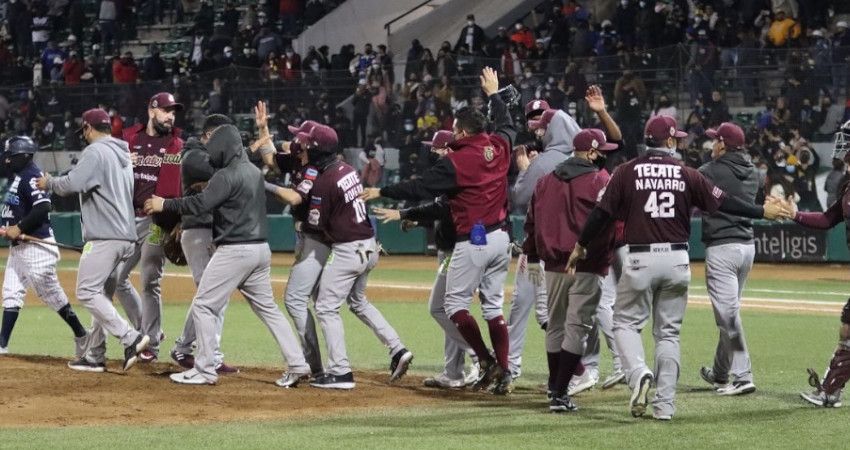 TOMATEROS RETURNS TO THE FINAL SERIES AND WILL SEEK THE TRICAMPEONATE

Guasave, Sinaloa; January 11, 2022 (Tomateros Press) .-Solid work by Manny Barreda and the bullpen, which together allowed only five hits to the local offense, led the sour cherries to victory, by a score of 4-0, over the Algodoneros de Guasave.

With this, the Tomateros won the semifinal four wins to two and qualified for their third final in consecutive seasons.

The icing on the cake took the lead from the first episode. Jesús Fabela opened the game with a double against starter Jordan Kipper and Ramiro Peña put him in the anteroom with sacrifice. Then Sebastián Elizalde brought him to the plate with a flyover.

They increased the difference with one in the fourth. Joey Meneses opened the inning with a double and Víctor Mendoza pushed him with a single.

In the lower part, the locals threatened, but the icing on the cake was key on a couple of occasions. With one out, Jesse Castillo walked to base. Ángel Erro rolled against Barreda, in the hole of third and shorts. José Guadalupe Chávez, dived, got up and shot to second to complete the out.

After a single by Arturo Rodríguez, Barreda dominated Miguel Guzmán with a grounder to second, but the icing on the cake could not complete the out in middle and the bases were loaded.

Then, Marco Jaime grounded to second. Ramiro Peña dived to stop and with the glove, he passed Chávez for the third out.

In the sixth, came the third visitor score. Sebastián Elizalde opened the episode with a single and advanced to second on a wild pitch by David Holmberg. The left-hander tried to revive Elizalde at second, but his shot ended in center field, putting men on second and third.

The fourth and last came in the eighth. Víctor Mendoza himself opened the inning with a double against Rafael Córdova and Stevie Wilkerson, bringing him to the plate with a new double.

The final of the 2021-2022 Season of the ARCO Mexican Pacific League, presented by Caliente.mx, will begin next Friday the 14th either in Monterrey or in Jalisco. This Wednesday, Sultanes and Charros define the icing on the cake, in the middle of game 7 of their semifinal.