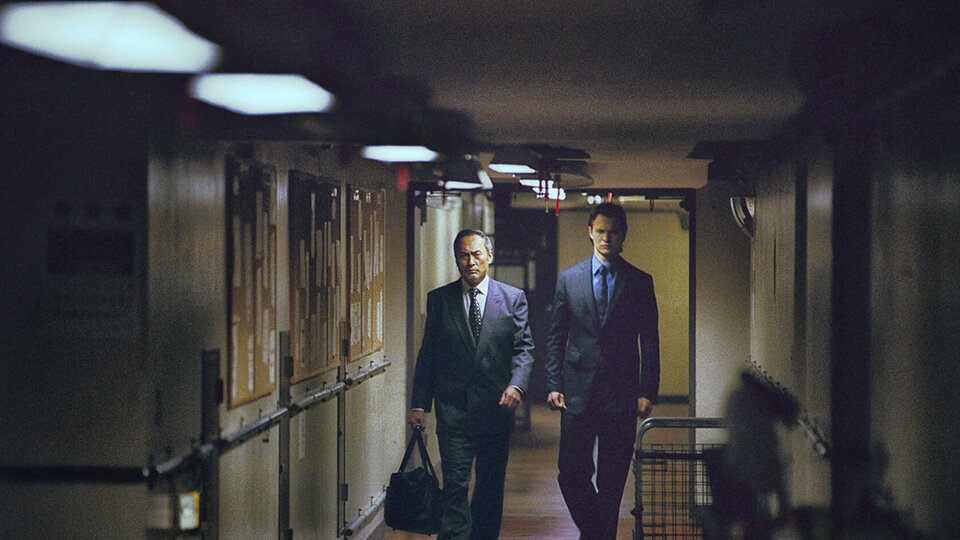 “Tokyo Vice”, the series directed by Michael Mann | Ken Watanabe and Ansel Elgort star in this neo-noir for HBO Max

“I want to get to know this city, learn from it. What is under its surface. That way I can write the truth of what is happening”, pleads Jake Adelstein (Ansel Elgort), almost on the verge of tears, to who will be his journalistic source and also his friend in the excursion through the world of crime and the rituals of the yakuza . Both are on the threshold of a Japanese house in the suburbs of Tokyo, as if on both sides of a confessional. Jake is an ambitious young American who has left his native Missouri to become a photojournalist for the Meicho Shimbun, one of the most prestigious newspapers in the world. His confessor is detective Hiroto Katagiri (Ken Watanabe), a valuable link in the Tokyo police, a keen eye for hidden crimes, but also a custodian of peace between the yakuza clans who fight for his honor through fire and blood. Both become the double heart of Tokyo Vicethe new HBO Max series inspired by the memoirs of the journalist Adelstein, set in the feverish 90s and with its exquisite first episode directed by Michael Mann.

The resonance in the title to the famous Miami Vice is not the only point of the meeting with the director of Fire against fire. Mann’s connection to the universe was a premise of the series and getting him to direct the first episode was a stroke of luck. Creator JT Rogers (writer and producer of the recent Osloa film about the peace negotiations between Israel and Palestine in the agreements of the 90s in Norway), the architect of the script based on the memoirs of his friend Adelstein published in 2009, says that the original plan had the name of Destin Daniel Cretton as director of the pilot, finally delayed by the project of Shang-chi and the legend of the Ten Rings for Disney. “Then we are encouraged to think of Michael [Mann]who read the script and was enthusiastic about the proposal”, explains Rogers in a recent interview with Entertainment Weekly. It was Mann’s return to directing after the failure of Blackhat in 2015 and allowed us to count on his gaze when it came to capturing the beauty and danger of an immense and bestial city like Tokyo, corroded by dangers and nocturnality.

That air of a hellish dream, fascinating and ravenous, is not only Mann’s trademark, something that can be traced in his films since Thief until Collateralbut the tone to which the series aspires since its inception. Tokyo Vice combines the pulse of non fiction, the use of real exteriors in the Japanese city, a local cast and a mixture of languages ​​that enriches authenticity, with the stylization of neo noir, its urban and almost abstract environments, its shades of neon and its deafening rhythm. Tokyo is the scene of Jake’s dream, the place where he can achieve the glory snatched from his home, the aspirations to the truth that lies beneath his frenetic rhythm, but also a complex and bloody geography, inhabited by gangs in dispute, by traditions ancestors, for those who come to collect a slice of that promised land. “It’s very difficult to get approval to film in Tokyo,” explains Ken Watanabe in the interview with EW. “Japanese critics say that foreign filmmakers just want to shoot Tokyo from above, from the sky. But Michael wanted to shoot deep down, in the ‘basement’ of Tokyo. And he really managed to capture that ‘underworld’ feeling.”

The story begins with a secret meeting between Jake and officer Katagiri with one of the top brass of the Japanese mafia in a luxurious hotel, the scene of an explicit threat about a journalistic story about to be published. From there we return to the beginning, to the rise of the young Adelstein in the immense offices of the Meicho Shimbun, dressed like a clerk, spending his hours copying police reports, telling stories of panty thieves, spending his nights in his lonely suburban room. But in that merciless game of hierarchies that is journalism, Jake ventures to find the hidden stories, the strange suicides that connect with a ghost financier, the intervention of the yakuza in the loan sharks, the alliances with the police that allow him to open the gates of silence Jake’s investigation is the thread that leads us into the jaws of those worlds, that of journalism, its rules and indulgences, but also that of crime, camouflaged in gentlemen’s agreements, murders that look like accidents, accusations under the table. And the look is not only that of the foreigner who arrives in a country that he does not know, but also that of someone who dares to remove the sacred veils, appropriate his language, put his eye where it was forbidden.

Perhaps one of the points of interest for Mann is the dynamics of the unexpected duo formed by Elgort and Watanabe, which evokes the extensive history of couples in his cinema: Pacino and De Niro in Fire against fireColin Farrell y Jamie Foxx en Miami ViceJohnny Depp and Christian Bale in Public Enemies. Characters that function as leathery shadows of each other, strangers but dependent, dressed in momentum and mistrust on the way to the unpredictable. Elgort’s Jake is the young newcomer, ambitious, intoxicated with that thirst for truth; Watanabe plays Katagiri with the poise and care of a family man, sparing and elusive in his relations with the yakuza, ascetic in maintaining that precarious peace between clans that fight over the city. Between them the neuralgic center of the series is forged, that thick mud of testosterone that splashes in the fights and in the shots, that spills in the secret reports and sinful investigations. Jake retains all the fury of modernity, Katagiri the patience of tradition, a scale barely balanced on that boundary between day and night.

But as in all noir, the series dresses its nights of clubs and brothels, frenetic dances and disco music. Onyx is the nightclub where women from all over the world live, trying to forge their luck, to make America on the other side of the world. Samantha (Rachel Keller) is one of the hostesses, wandering from table to table, singing some song, laughing at the jokes of the men who spend there on champagne and loud laughter. Samantha escapes her past, invents her biography and dreams of a club of her own as she shares some scattered memories of home, flirtations and a bottle of sake with Jake. Among them wanders young Sato (Shô Kasamatsu), with his black glasses and movie star charm, raising money for the yakuza but conquering his own kingdom beyond his humble origins. In Tokyo Vice there is room for all passions, those that entangle crime with notoriety, the mystique of the Japanese mafia with the exuberance of city nightlife, the vocation for news with the pragmatism of a possible truth. They all come together in that carousel of ambitions, impregnated with the smell of food on the go, with the lights of a city that does not sleep.