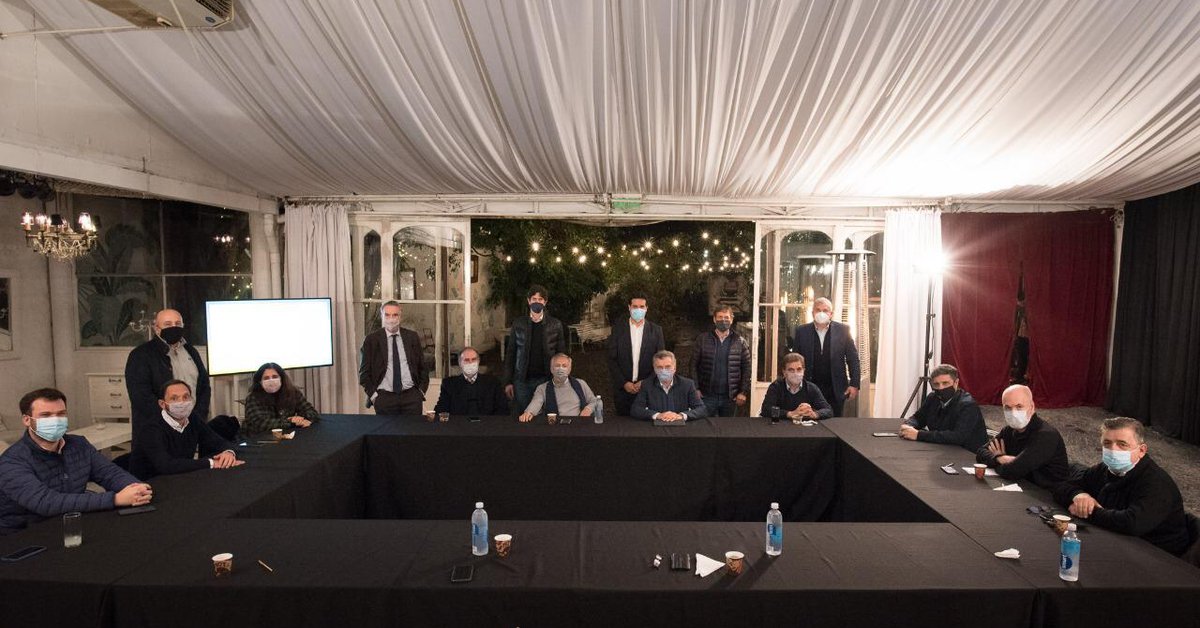 The deadline established by the electoral justice to present the fronts with which the political groups will participate in the next elections for national legislators and Together for the Change maintained its base, managing in some of the districts to join forces, while in others the negotiations were truncated.

The first of the places where the space was presented in court to formalize the alliance of parties was the city ​​of Buenos Aires, in which it will go to the elections with 14 parties within the block. They are the PRO, the Radical Civic Union, the Civic Coalition, the Public Trust, the Socialist Party, the United Republicans, the Democratic Party, the Christian Democrat, the Progressive Democrat, the Cities in Action Party, the Nationalist Constitutional Party (UNIR), UCEDE, FE and GEN. Together for Change was formally established in CABA in 2019 and since then it has been expanded from 12 to 14 parties.

In the Buenos Aires province The political force presented its electoral alliance for the Simultaneous and Compulsory Open Primaries (PASO) on September 12, where the most important novelty is the name. In the district governed by Axel Kicillof the front is called “Together” and it suppressed “for Change”. The intention is to detach from the brand with which María Eugenia Vidal, today a Buenos Aires candidate, lost the last elections in the province.

From the point of view of personalities and parties, the news is the incorporation of the GEN, with Margarita Stolbizer, who plays to accompany Facundo Manes on the UCR list.

The other addition is the Republican Peronism led by Miguel Pichetto and who has Joaquín de la Torre in his ranks, another name that sounds for the UCR list that has to be formalized on July 24 when the candidates are presented.

What the presentation also showed is that the talks between the PRO and the Liberals did not come to fruition and José Luis Espert will compete outside the coalition with your party.

Another point that defined Together for Change in PBA are the floors that will allow the lists of candidates of the primaries to participate in the general elections. At this point, two scales were defined, one for national deputies and provincial legislators, which will be 20% of the votes and another for councilors and school counselors, which will be 25 percent.

In Mendoza the novelty is in the exit of the front of the party of Elisa Carrió. The “Lilitos” from Mendoza decided to break up and moved to the new front formed by the Democratic Party, the Libertarian Party and the MendoExit.

On Córdoba, Together for Change expanded its structure. The conformation of the front in the Mediterranean province – where the internal by the candidates is at its highest point – was made up of the Radical Civic Union, the PRO, the Civic Coalition, the Civic Front and First the People (PLG), the Republican Liberal Party (PLR), and the promoter boards of UNO (party of the evangelists), Federal Republican Alternative (ARF) and Public Trust joined.

In the case of the province of Santa Fe, the main opposition space will go to the elections with a front made up of the PRO, the UCR, the Ari Civic Coalition, the Unir Party –by Alberto Assef- and the one that brought Amalia Granata to the Legislature.

The novelty in the province is that the front joined the UCEDE, so the liberals are going to go inside Together for Change, which ensures that they do not lose votes “to the right.”

With the presentation of the electoral fronts, talks are accelerated on the names with which each front will compete on September 12 in the PASO. The closing date of the presentations is July 24, so in the next nine days each of the districts will define if there are inmates, if there is a unit list and who makes them up in each case.

With the support of Alberto Fernández, the unity of social organizations linked to the Government was formalized
The utilization of the installed capacity of the industry in May fell to 61.5%