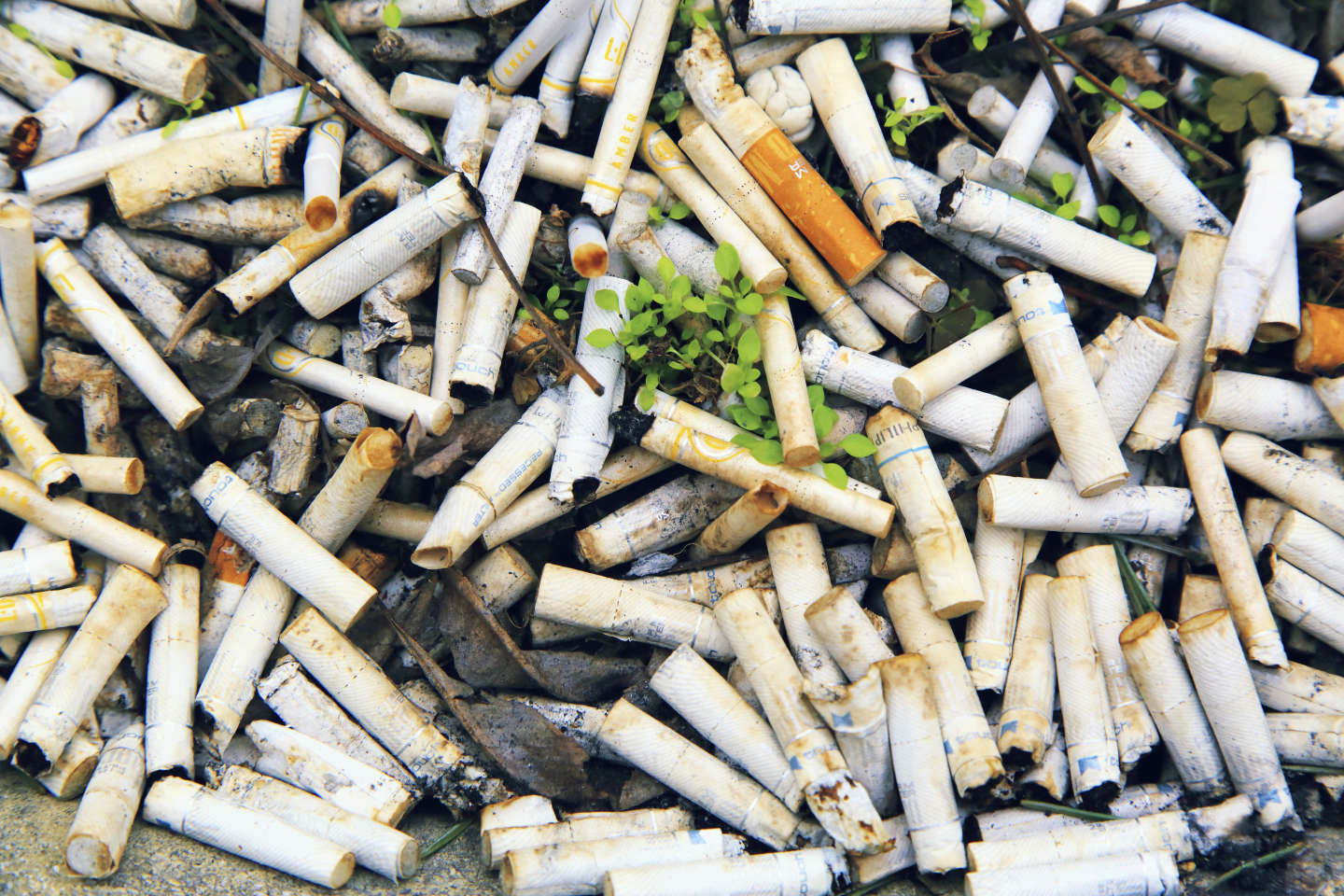 Tobacco industry singled out by WHO for environmental harm

The tobacco industry is “one of the biggest polluters we know”accuses Rüdiger Krech, the director of the World Health Organization (WHO) for the promotion of health.

The UN agency presents, Tuesday, May 31, a report entitled “Tobacco, poison for our planet”the conclusions of which are “pretty disastrous”said Mr. Krech to Agence France-Presse (AFP).

The document examines the environmental footprint of the sector as a whole, from the cultivation of plants to the manufacture of tobacco products, including consumption and waste. While the industry is responsible for the loss of 600 million trees, tobacco growing uses 200,000 hectares of land and 22 billion tonnes of water each year, and emits around 84 million tonnes of CO2according to the report.

Read the survey: Article reserved for our subscribers The tobacco industry’s tricks to seduce young people

“Tobacco products, which are the most commonly discarded litter on the planet, contain more than 7,000 chemical compounds which, once discarded, are released into the environment”, continues Rüdiger Krech. Each of the 4.5 trillion cigarette butts that end up in nature each year can pollute up to 100 liters of water, he points out.

The health hazards of tobacco are not limited to consumption and waste: almost a quarter of tobacco growers suffer from green tobacco sickness, a form of nicotine poisoning through the skin. In constant contact with tobacco leaves, these farmers consume the equivalent of the nicotine contained in 50 cigarettes a day, explains Mr. Krech, who points out that the sector employs a large number of children. “Just imagine: a 12-year-old child exposed to 50 cigarettes a day”he concludes.

Read also: Article reserved for our subscribers Small tricks and big maneuvers of the tobacco industry to rehabilitate nicotine

According to the report, tobacco is often grown in poor countries, where water and cultivated land are often scarce, and where these crops take the place of crucial food production.

Tobacco cultivation is also responsible for about 5% of deforestation worldwide, and contributes to the depletion of precious water reserves. A significant share of global greenhouse gas emissions also comes from the processing and transportation of tobacco – the equivalent of one-fifth of the carbon footprint of air travel.

The WHO also warns about tobacco-derived products – cigarettes, smokeless tobacco and e-cigarettes – which contribute significantly to the accumulation of plastic pollution in the world.

Cigarette filters contain traces of microplastics, those small fragments found in oceans around the world, including at the bottom of the Mariana Trench, the deepest in the world – making it the second largest source of plastic pollution in the world. world.

Contrary to what the tobacco industry claims, there is however no evidence that these filters have a beneficial effect on health, underlines the WHO. The UN agency therefore urges policymakers around the world to treat these filters as single-use plastics, and to consider banning them.

Read also: Article reserved for our subscribers Tobacco, alcohol, food: “The actions of powerful lobbies cause at least a quarter of deaths in France each year”

She also laments that the gigantic costs of cleaning up the tobacco industry’s waste are borne by taxpayers around the world. According to the report, China spends about 2.6 billion dollars (2.4 billion euros) each year to treat waste from tobacco products. For India, the bill amounts to 766 million dollars, while Brazil and Germany must pay 200 million dollars each.

The WHO is therefore insisting that more countries follow the example of France and Spain, by adopting the polluter pays principle. For Rüdiger Krech, it is important that “the industry is really paying for the damage it is creating”.