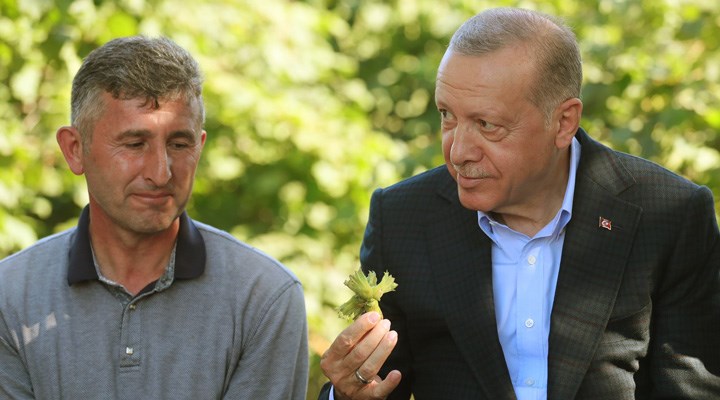 Turkish Grain Board (TMO) announced the purchase price of shelled hazelnuts as 53 liras for Giresun quality, 52 liras for Levant quality, and 51 liras for Sivri quality. In his speech in Ordu at the weekend, Erdogan said that the purchase price of hazelnuts for this year would be 54 liras. TMO suggested that this price would reach an average of 54 liras with ‘supports to be given’. In previous years, there was no difference between the price announced by Erdoğan and the price determined by TMO.

TMO has published the purchase price of shelled hazelnuts for 2022 on its official website.

In the statement, which said, “The purchase prices of TMO shelled hazelnuts were announced by our President Recep Tayyip Erdoğan before the harvest period,” it was stated that 53 liras will be paid for Giresun quality, 52 liras for Levant quality, and 51 liras per kilogram for Sivri quality. It was noted that the purchase of shelled hazelnuts will begin on August 22, and the purchases will be made by appointment, as in previous years.

In his speech in Ordu on Saturday, July 30, Erdoğan announced that the price for 2022 would be 54 liras.

TMO used the following statements regarding this contradiction in its announcement:

“When considered together with the support payments (area-based, diesel and fertilizer) to be given to the producers by our Ministry, the average price will be 54.00 TL/Kg. In addition, the yield difference will be added to the high-yield hazelnuts as in previous years.”

However, it was claimed that the price announced by Erdogan this year will be reached with ‘supports’. 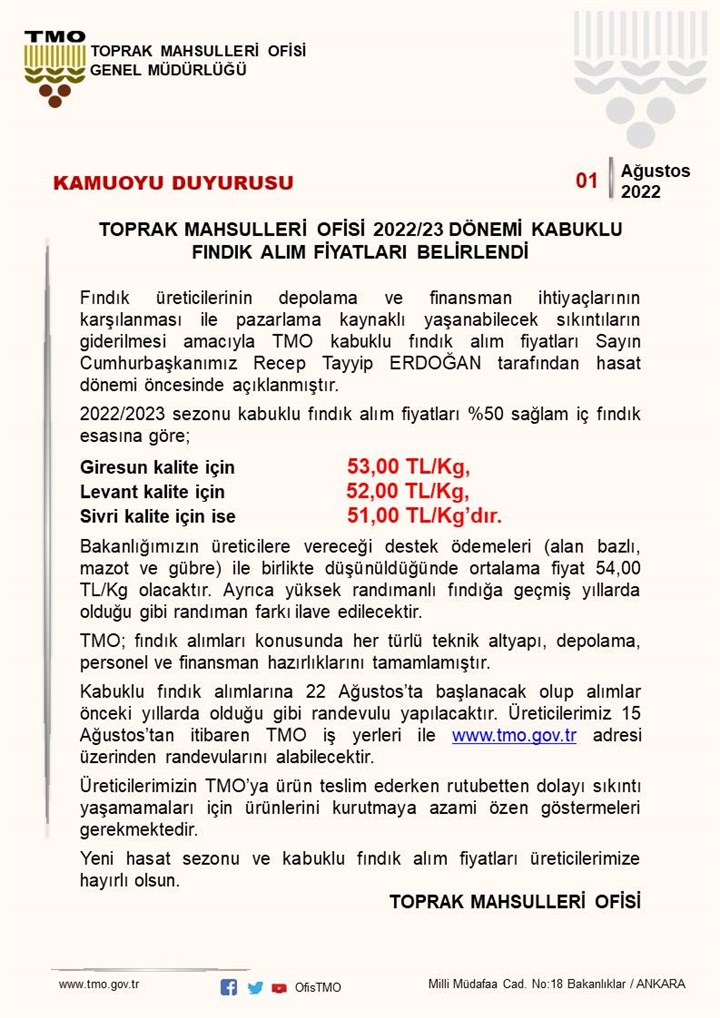 As an independent newspaper, our aim is to contribute to the emergence of a real atmosphere of democracy and freedom in the country by delivering the truth to people. For this reason, we use the income we earn from subscriptions to implement better journalism and to enable our readers to meet with information on a more qualified and reliable basis. Because we don’t have a boss whose bank account we have to inflate; good thing it isn’t.

From now on, we will continue on our way with the same sense of responsibility.

One day; strong with you, free with you!

See also  day and time of the first date