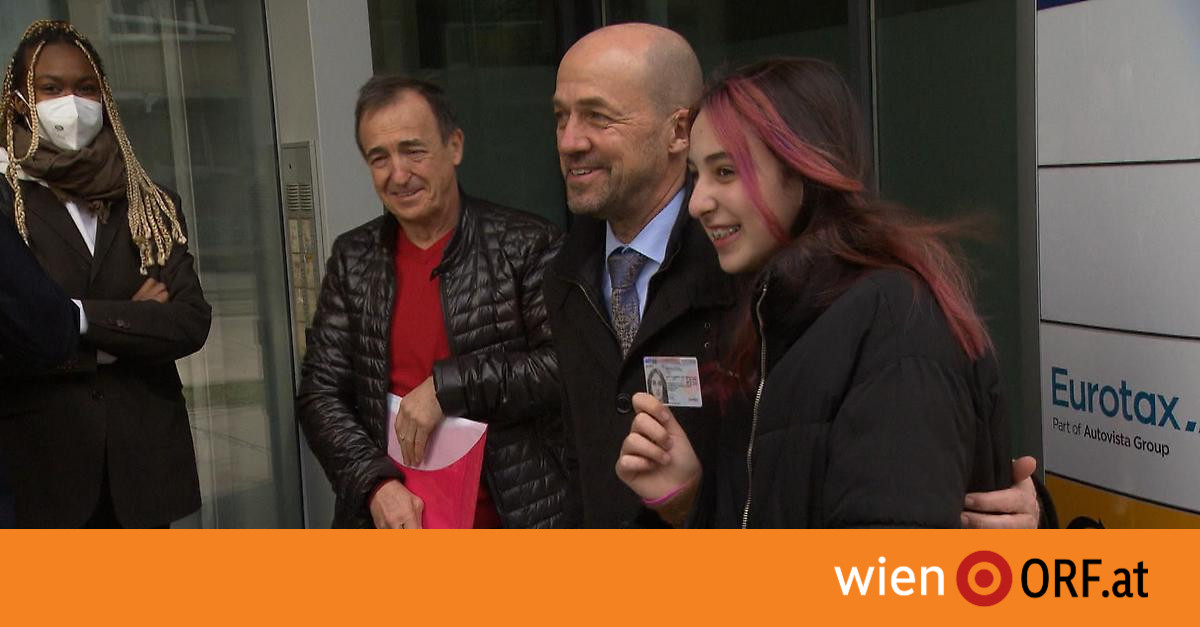 For Irmgard Griss, the president of the Child Welfare Commission, which was created after the then twelve-year-old Tina was deported to Georgia, the latest decision in the case strengthened children’s rights: The Administrative Court has now determined that the child’s well-being, “which always considered priority” is stronger than the misconduct of the parents. The Federal Office for Immigration and Asylum does not consider the decision to be ground-breaking.

The girl’s lawyer, Wilfried Embacher, also accepts that “better attention will be paid to the child’s well-being in future decisions. In concrete terms, this means that the behavior of the parents will not be so important,” Embacher told “Vienna Today”.

The Administrative Court (VwGH) rejected the review of the Federal Office for Immigration and Asylum (BFA) in the Tina case. This was revealed by the girl’s lawyer on Tuesday. The deportation in January 2021 is therefore illegal.

On Tuesday, it became known that the VwGH rejected the appeal of the Federal Office for Immigration and Asylum (BFA) in the Tina case. The BFA contested a decision by the Federal Administrative Court that the controversial deportation was illegal.

The VwGH has now, among other things, followed the view that Tina’s birth in Austria and the excellent – including school – integration are of particular importance and that the deportation in January 2021 had to be qualified as disproportionate. The Supreme Court also referred to the fact that a separation of the family would not have been permissible. It is therefore legally satisfactory that the Federal Administrative Court also declared the deportation of the then five-year-old sister and mother to be illegal.

Consideration of the best interests of the child in asylum law

The ruling says very clearly that there may be cases in which the parents “acted in an abusive manner”, but “nevertheless, taking into account the best interests of the child means that the family is allowed to stay in Austria,” Griss said. said Wednesday. in the Ö1- “Morning Journal”. “Before a deportation, you will have to check again whether such a deportation will not harm the well-being of the child,” Griss considers a leading decision. Griss demanded that the priority consideration of the child’s well-being should be expressly stated in the asylum law.

She also stressed to “Vienna Today” that the whole family should come back to Austria and get a residence permit. “Otherwise the decision would be ineffective and we cannot accept it when it comes to court decisions,” says Griss.

Embacher also emphasized on Tuesday evening in the “ZiB 2″ that the ruling for Tina’s sister and mother means that they can now enter Austria without any problems and will have to get a residence permit. Apart from Tina, who has a student visa, “the family members have no right of residence; The decision of the VwGH does not change that,” said the BFA when asked by the APA.

The Federal Office for Aliens and Asylum (BFA), on the other hand, emphasized in a written statement that the VwGH’s decision has “no immediate consequences”. The VwGH took “a purely procedural decision, not a substantive decision”. The decision is “not groundbreaking because it essentially just repeats existing case law”.

The VwGH also said that the Federal Administrative Court “could have come to a different conclusion in light of the continued massive misconduct of the mother under alien legislation,” according to the BFA’s statement.

The Ministry of the Interior and the Federal Office have also already implemented numerous recommendations from the Child Welfare Commission. For example, a guideline has been developed with the essential criteria against which the child’s well-being must be examined. Further measures will be reviewed on an ongoing basis.

The decision of the VwGH has no direct impact on the pending proceedings of the family members, “after all, neither the BVwG nor the VwGH recognized that the family should be allowed to stay in Austria, but that the deportation was illegal”. According to the Federal Office, visa-free entry and a short stay are still allowed under the conditions that all third-country nationals must meet.

Tina with host family in Vienna

The deportation of Tina and her family to Georgia caused an uproar and was met with protests – including sit-ins in front of the family deportation center. In December 2021, the now 14-year-old returned to Vienna and later received a student visa. She is currently spending her vacation with her mother in Georgia and comes back to town before school starts. In Vienna she lives with a host family.

See also  Coronavirus: diagnosed cases increased by 50% in a week