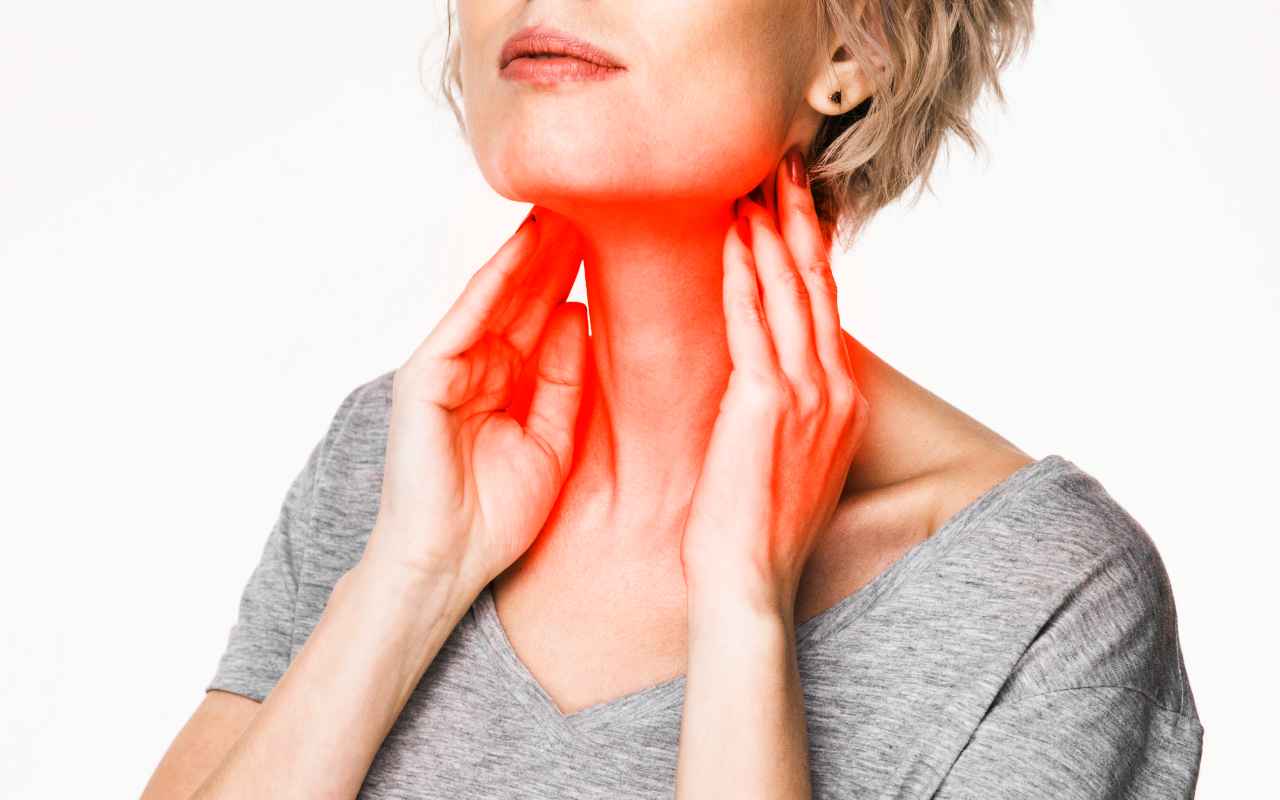 Thyroid Symptoms, that’s why preventing with ‘sea air’ is not enough

It is very important to know how to recognize the symptoms of the thyroid gland, in order to deal with the condition as best as possible.

Let’s talk about Thyroid but of course we are referring to diseases that can affect this very important gland. Hyperthyroidism and hypothyroidism. Two states of health to be kept absolutely under control.

Le functions carried out by thyroid gland I am fundamental for the well-being of the organism. It releases important hormones, which then regulate various functions. As the heartbeat and the breathingthe body temperature but also and above all the central nervous system and development in general.

For this reason, A global program for the prevention of thyroid disease has been in place for many years. It is commonplace to think that “breathing the sea air” is good for health and also for this gland. In reality, the iodine you need to keep it “in shape” we have to eat it.

This is why we find iodized salt on the market. Every person needs to take on this important element, and that is why legislation has even been instituted to this effect. Let’s talk about the Law 55/2005 that “provides for the compulsory sale of iodized salt in all shops as well as its use in collective catering and in the food industry“. In this way, yesi ensures that the entire population receives iodine as a preventive “therapy”.

Thyroid Symptoms, how hyperthyroidism manifests itself

L’hyperthyroidismas the prefix of the word suggests, manifests itself when the gland produces too many hormones. The symptoms attributable to this imbalance are generally these: sudden anxiety and nervousness, but also strong hyperactivity. Follows the weight loss (although appetite has increased), and a change in heartbeatswhich become faster or irregular.

Le cause of the onset of hyperthyroidism are really many, but the most common is believed to be the Graves’ diseasea autoimmune disease which can affect anyone at any age. Hyperthyroidism can even manifest itself in fetusand if it happens the consequences they are really bad. They can arise severe mental retardation o problems in development. This is why the use of iodized salt is highly recommended for pregnant women.

According to current estimates, 1 in 3,000 newborns is born with a form of thyroid disease

Among other things, it seems that women are at risk up to 20% more than men to go to meet thyroid disease.

What is hypothyroidism and how is it recognized by symptoms

L’hypothyroidism it is the opposite condition to the one described above. That is to say, the gland produces too few hormones. The disease, in the early stages, can also exist without giving symptoms. When they appear, they are of various nature and affect various functions of the body.

It passes by irregularities in the menstrual cycle at generalized fatigue, pains to the whole body, but also high cholesterol levels and a “weaker” heart. They are not missing depressive symptoms and memory changes.

If not taken care ofhypothyroidism leads the subject to various problems, such as obesity, osteoarticular pain and inflammation, heart disease and also loss of fertility. Even in this case, women are more likely to experience the disease, especially after the age of 60.

(The information in this article is for informational purposes only and concerns scientific studies published in medical journals. Therefore, it does not replace the consultation of a doctor or specialist, and should not be considered for formulating treatments or diagnoses)