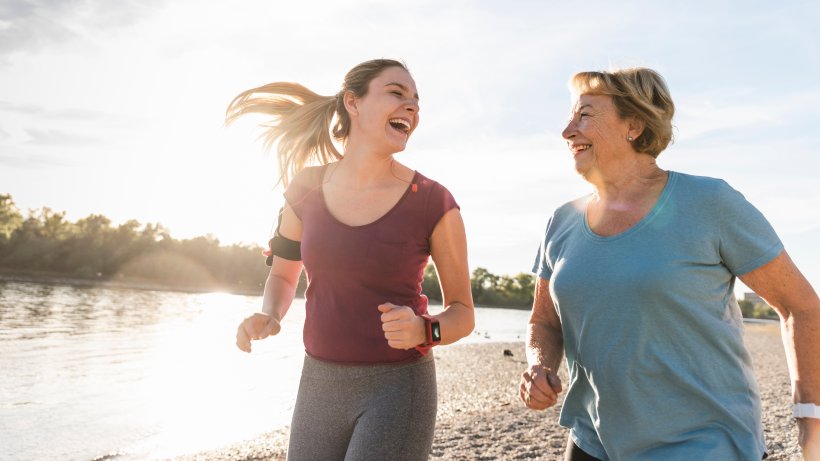 Three simple things that massively reduce the risk of cancer

The risk of cancer is said to drop by up to 61 percent if three simple things are implemented. This is the result of a study from Switzerland. You can find out what these are here.

Omega-3 fish oil, vitamin D and a basic exercise program – according to a recent study, these are the three things that significantly reduce the risk of cancer, by a whopping 61 percent.

Three things that significantly reduce the risk of cancer

A study with participants who were older than 70 years has now shown that taking omega-3 fish oil and vitamin D as well as a small exercise program significantly reduce the risk of cancer. This is reported by fitbook.de

Previous studies have already shown that vitamin D can inhibit the growth of cancer cells. Omega-3 can also stop the conversion of normal cells into cancer cells. In addition, exercise has been shown to improve immune function and reduce inflammation, which can also help prevent cancer, according to the newly published study. So far, however, there have been no reliable clinical studies that can prove the extent to which a combination of all three protects against cancer. This is where the work of the University Hospital Zurich comes in.

Around 2150 adults aged 70 and over from five European countries – Switzerland, France, Germany, Austria and Portugal – took part in the study. All were healthy at the start of the study, with no cancer diagnoses.

As part of the study, the participants were divided into eight groups in which one or more of the components – vitamin D, omega-3 fatty acids and exercise – were used:

Over a period of three years, the participants then regularly took part in tests and health examinations. During this time, 81 cases of cancer were diagnosed.

The scientists were able to observe improvements in all eight groups. Even taking the placebo reduced the risk of cancer somewhat. However, the values ​​of one group were particularly convincing, with a reduction in the risk of cancer of 61 percent. “This is the first randomized controlled trial to show that the combination of daily vitamin D3, supplemental omega-3 fatty acids, and a simple at-home exercise program can be effective in preventing cancer in older adults,” said study author Dr. Heike Bischoff Ferrari.

Preventing cancer still plays far too little a role given that the risk of cancer increases noticeably with age, according to the scientist. “Preventive efforts in middle-aged and older adults are largely limited to screening and vaccination,” explains Bischoff-Ferrari in a statement from the university. While it’s generally recommended not to smoke and to use sunscreen, she doesn’t think that’s enough. The current study shows that a lot can be achieved with little effort. “Our results could prove beneficial in reducing the overall cancer burden.”

You can find more information about cancer here and on our topic page: