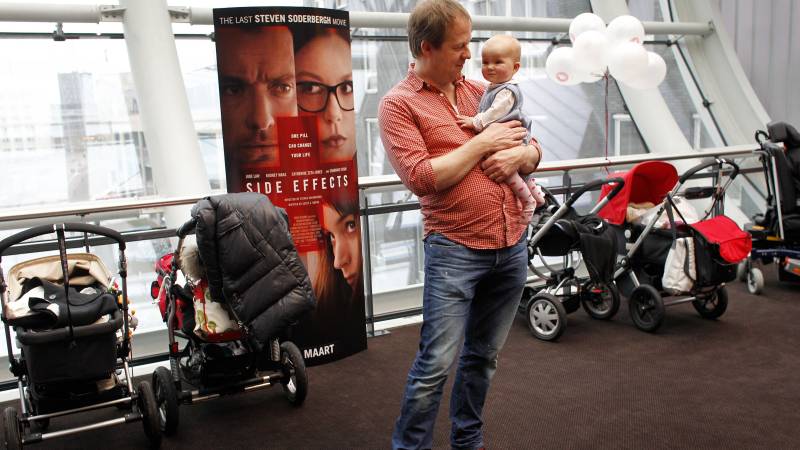 Nearly three quarters of salaried parents take extra birth leave. Since 1 July 2020, the partner of someone who has had a child is entitled to another five weeks off in addition to the first week of (paid) leave. In those five weeks (to be taken within six months after the birth), 70 percent of the salary is continued to be paid. A research bureau has looked at how often this option is used and Minister Van Gennip of Social Affairs has sent the results to the House of Representatives.

74 percent of the partners who are entitled to it have indeed taken additional leave. The vast majority of them used the entire five-week period. 16 percent took ‘normal leave’ during the first week and 10 percent took no leave at all.

‘No leave due to finances’

A frequently mentioned reason for making use of the arrangement is that the partner wants to spend more time with the child. The people who did not take additional leave. often cite the reason that the mother started working less or had stopped working.

Many of the people who do not use the scheme also say that they would have liked to, but decided against it for financial reasons.

The researchers report that the corona measures almost certainly had an effect on the use of the scheme. For example, working from home changed the distribution of care tasks and the loss of income due to corona can also play a role.

Van Gennip emphasizes that the evaluation does not yet provide a definitive answer about all the intended effects; she has no intention of changing the rules now. There will be further investigation.

It has been known for some time that the rules for parental leave for employees will be adjusted in August. From then on, both parents can take paid leave for 9 weeks in the first year of their child’s life. They will then receive 70 percent of their wages. There is already a right to parental leave, but it is not yet paid for all employees.