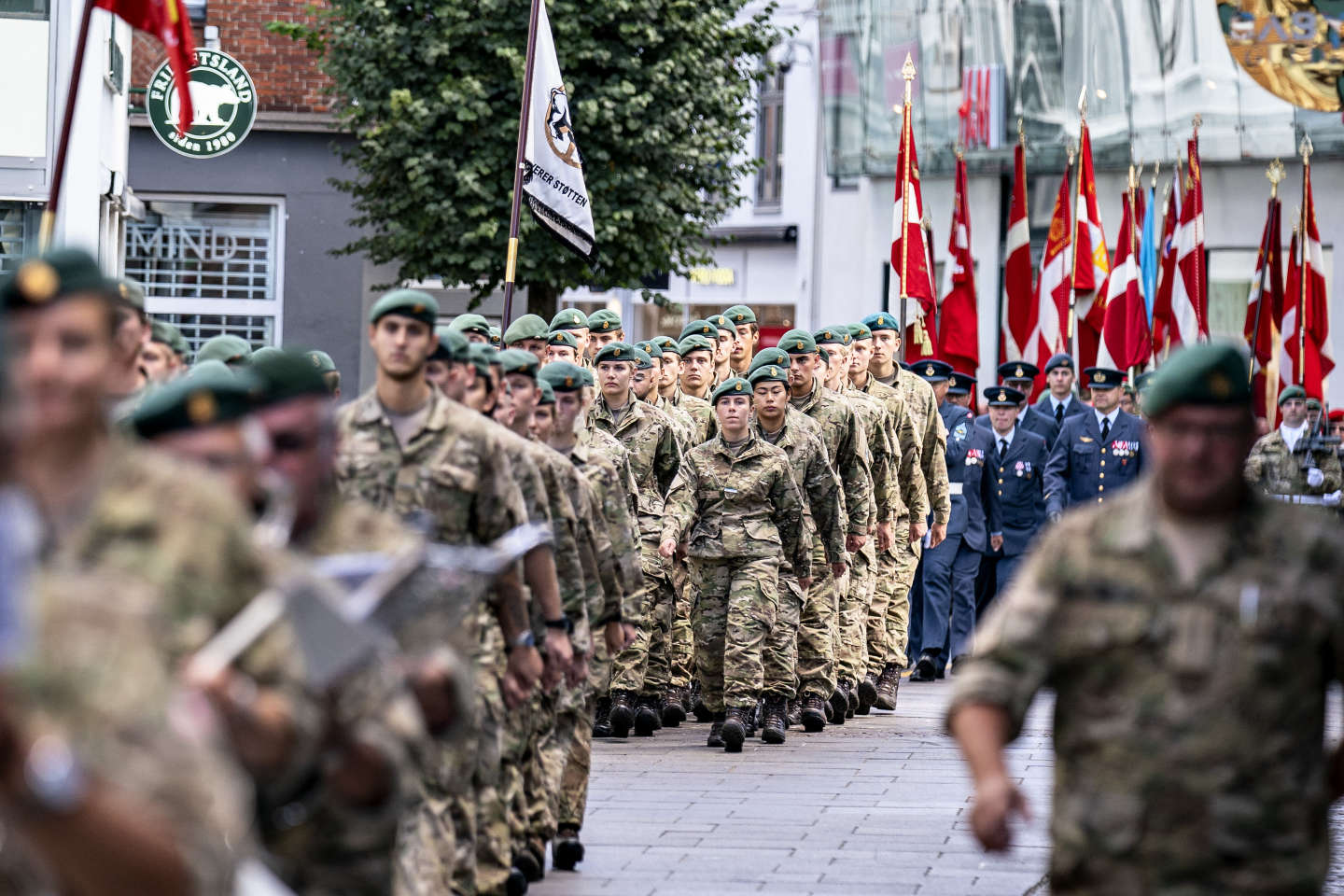 Three months after the start of the war in Ukraine, Denmark votes on its participation in European defense

“No to more European Union”, “Yes to cooperation, influence and security”, “No to war”… In central Copenhagen, posters emblazoned with catchy slogans pop up on utility poles, reminding Danes they are called to vote on Wednesday 1is June. On the agenda for the referendum, announced only ten days after the start of the Russian invasion of Ukraine, on February 24: the lifting of the derogation, negotiated by Copenhagen in 1992, which allows the Scandinavian country not to participate in the common security and defense policy of the European Union (EU).

Read also Article reserved for our subscribers After the Russian invasion of Ukraine, the Nordic countries are rethinking their security

Saturday, May 28, a debate took place, on the place of the town hall, in Copenhagen. Reflecting a campaign that is struggling to mobilize, only a dozen seats are occupied under the white canvas tent. “In Denmark, the EU is only spoken of in negative terms, and knowledge about Europe is very limited”regrets the Conservative MP, Katarina Ammitzboll, a yes supporter. For her, “The main thing is that [son pays] can choose to participate in Defense Europe or not, which is not possible today”.

At the podium, she evokes the hybrid threats against security, which require reinforced cooperation between European allies. Representative of the Social Democratic Party, Lars Werge assures that voting for the removal of the exemption will allow Copenhagen to “strengthen its influence” on the European scene: “We will finally be able to sit at the table where the decisions are made”he said.

An unthinkable idea before February 24

Selma Bolo, political adviser of the Unity List (reds and greens), which campaigns for the no, objects: « European military operations have caused more harm than good. » For her part, the president of the People’s Movement against the EU, Susanna Dyre-Greensite, warns that “to vote for the lifting of the derogation is to give more power and money to the EU, without having control”.

According to the latest polls, the yes would come in slightly ahead, but abstention could reach records. “People I meet, my friends and family, many tell me they don’t understand what the ins and outs of voting are”, laments Lars Werge. The very idea of ​​this referendum was unthinkable before February 24 and the invasion of Ukraine by Russia.

Denmark is the only EU member state, along with Malta, not to participate in European defense policy. Copenhagen negotiated this exemption, along with three others, to ensure the entry into force of the Maastricht Treaty in 1993, a year after it was rejected by the Danes. The other opt-outs relate to the single currency (Denmark kept its crown), European citizenship, justice and home affairs. Two referendums, aiming to repeal one of these exemptions, have already taken place: on the euro in 2000 and on justice in 2015. Each time, the no has won.

You have 47.05% of this article left to read. The following is for subscribers only.