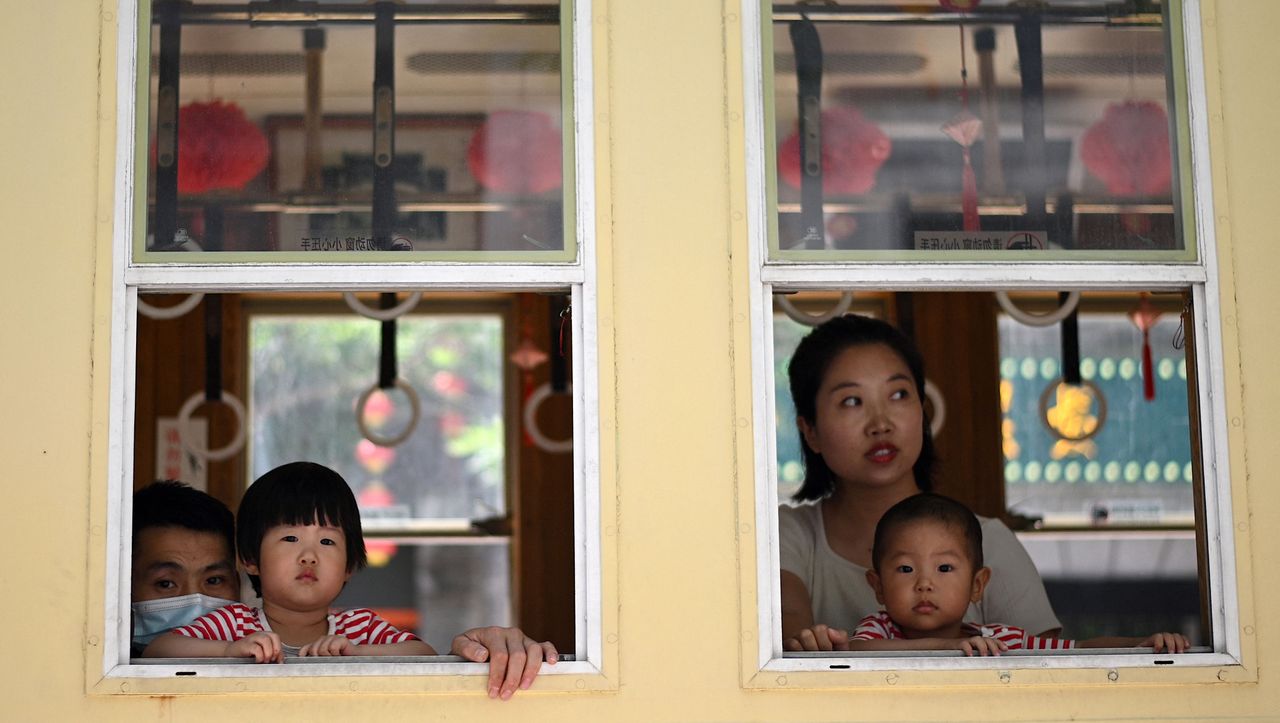 Yao Yao
»I am an only child and I very much hope that my parents will have a brother or sister.«

If the Politburo has its way, then Yao Yao’s wish will come true. The People’s Republic of China has been trying to raise birth rates for years. The one-child policy was abolished in 2016, now two children were allowed. There were not significantly more births as a result, which is why the three-child policy was now enacted. What will this default change? Little for Wang Dan. The 27-year-old lives in a rural district of Shanghai.

Wang Dan |
»I have two children. My first child is four years old, the younger five months. I am not planning a third child. Two is enough, because we are already under enormous pressure. We couldn’t afford a third child.«

Sun Yan feels the same way. The 25-year-old works as a hairdresser and also has two children.

Sun Yan, Frizeurin
»It would be good if kindergartens and elementary schools were free. That would be correct. If school were free, I might have a third child.«

Children cost a lot of money, even in the People’s Republic of China. In Shanghai, for example, parents invest up to the equivalent of 131,000 thousand US dollars in their children up to the age of 15. And, as in many countries, this ensures low birth rates. Default or not. Even in the middle class.

Jaqueline Wang works as a consultant in Beijing. She deserves well. But the costs in the metropolis are also enormous. A third child would cost time and money. Only super-rich families could afford that, says Wang. And: Children in China, like women elsewhere, often cost a career and independence.

Yuzhen Liu, Designerin
»When they have children, the mothers in particular lose their rights. The child has priority. Mothers then no longer have a life of their own.«

In 2018, the birth rate in China averaged 1.69 children per woman. It will stay that way without radical changes, says demography expert Yi Fuxian. Housing, health care and education costs need to be reduced. In addition, the paternalism of the population must stop.

Yi Fuxian, Demographics Specialist, University of Wisconsin
»The right to offspring should have been given back to people long ago. But the government wants to keep regulating it. That’s why people are angry.«

The Politburo has now announced a reduction in training costs and greater government support for housing costs. Details or a schedule were not given.