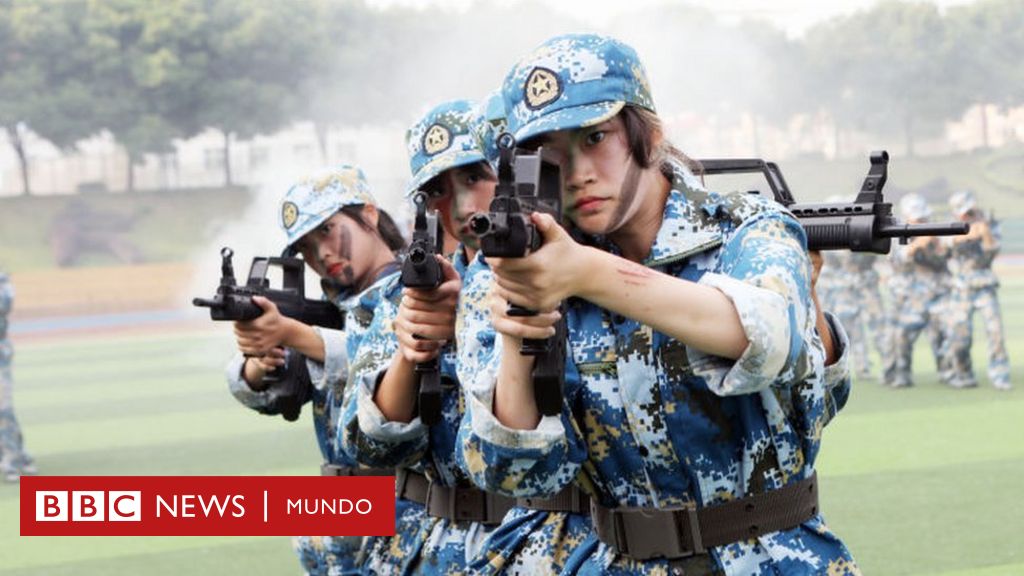 “Those who play with fire will burn”: China condemns Nancy Pelosi’s visit to Taiwan and announces military exercises

The Chinese People’s Liberation Army will hold live-fire exercises in the vicinity of Taiwan from August 4 to 7.

It will do so in response to the visit of the Speaker of the US House of Representatives, Nancy Pelosito Taiwan, where he landed this Tuesday, and where on Wednesday he visited the local Parliament and met with President Tsai Ing-wen.

Beijing claims the island as its own territory and has taken the parliamentary leader’s trip, the highest-ranking US official to Taiwan in 25 years, as a grave affront.

Shortly after Pelosi landed in Taipei, the Chinese media announced the military exercise with a ban on all civilian ships and aircraft from entering the surrounding regions.

“Those who play with fire will get burned,” said China’s Foreign Ministry, calling the trip “extremely dangerous.”

It later emerged that the Chinese Foreign Ministry had summoned the US ambassador to Beijing, Nicholas Burns, to protest against the trip.

Chinese Vice Foreign Minister Xie Feng said the nature of Pelosi’s visit was “ruthless” and warned of dire consequences. He said that China would not sit idly by.

Chinese military exercises will include “long-range live shooting” in the Taiwan Straitaccording to the army.

“This action is directed at the recent and shocking US escalation of the Taiwan issue,” a military spokesman said in a statement.

He also stated that it isa serious warning for Taiwanese independence forces or for those seeking independence.

The exercises will begin once Pelosi is no longer in Taiwan, analysts estimate.

At the moment Chinese air raids have been observed in the vicinity of Taiwan, actions with which the Xi Jinping government usually shows its military strength in situations of tension.

The aircraft include 10 Shenyang J-16s, one of China’s advanced fighters. An air defense identification zone is an area outside a country’s territory and airspace, where it nevertheless identifies and monitors foreign aircraft. .

They are self-declared zones and are technically part of international airspace.

On the other hand, Beijing also announced economic sanctions against Taiwan by suspending imports from 100 companies in the country’s food sector.

A “serious impact” on relationships

The Chinese Foreign Ministry strongly condemned Pelosi’s visit to Taiwan, calling it a “serious violation of the one-China principle.”

He assured that it “seriously violates China’s sovereignty and territorial integrity” and will have a “serious political impact” on relations between China and the United States.

“It seriously undermines peace and stability across the Taiwan Strait and sends a very wrong signal to separatist forces for ‘Taiwan independence,'” the ministry said in its statement.

Beijing urged the United States “not to follow the wrong and dangerous pathand to “stop playing the ‘Taiwan card’ and interfering in China’s internal affairs.”

The possibility of the visit, which is part of a tour of Asia, had already raised tensions between Washington and Beijing, with the Chinese government threatening “strong consequences” if Pelosi came to Taipei.

The Taiwan Affairs Office of the Communist Party of China (CPC) also questioned the visit, adding that any attempt to seek Taiwan’s independence “will be smashed by the mighty force of the Chinese people.”

China sees Taiwan as a rogue province that will be reunited with the mainland sooner or later.

Meanwhile, Taiwan sees itself as an independent country, governed democratically, even though it has never officially declared its independence.

While the United States maintains what it calls a “strong, unofficial relationship” with Taiwan, it has formal diplomatic ties with China and not with the island.

Remember that you can receive notifications from BBC News Mundo. Download the new version of our app and activate it so you don’t miss out on our best content.