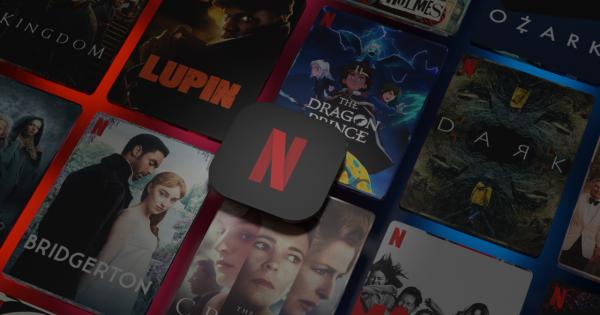 Netflix just lost a bunch of subscribers and it seems the company wants to make sure there are more. We say this since new information suggests that it will be before the end of 2022 when they will implement ads, as well as measures so that you can no longer share your account.

According to information from The New York Times, Netflix revealed some of its plans for 2022 in a statement it sent to its employees. In it, he pointed out that it will be before the end of 2022 when he launches a subscription model with ads, which will offer all Netflix content at a lower price, but in return consumers will have to watch ads.

That Netflix is ​​planning an ad-supported model will surely come as little surprise to those who have been paying attention. We say this since the company had already indicated that it was interested in implementing an option for consumers who want to pay less for Netflix.

In case you missed it: Despite the crisis on Netflix, the second season of Arcane goes from strength to strength

“Those who have followed Netflix know that I’ve been against the complexity of advertising and I’m a big fan of the simplicity of subscription. But as much as I’m a fan of that, I’m more of a fan of consumer choice and allowing that consumers who want to have a lower price and are tolerant of advertising to get what they want makes a lot of sense,” said Reed Hastings, co-CEO of Netflix, in a meeting with investors.

Another point to keep in mind that Netflix would not be the first streaming service to offer something like this. We say this because, in some regions, services like Hulu and HBO Max offer cheaper subscriptions, but they have ads before each movie or series starts. Also, Disney+ is believed to be planning something similar. So, it seems that it is a model that sooner or later will become normal in the world of streaming.

On the other hand, the document also reveals that it will be in 2022 when Netflix begins to launch measures to prevent people from sharing their Netflix account with people who do not live under the same roof.

At the moment, the company has not revealed what measure it will take to achieve this. That said, several weeks ago a trial began in some Latin American countries in which users can pay an extra amount to share their account with someone who lives in another house.

It is worth mentioning that Netflix ensures that there are about 100 million households that access its service without paying for it. This is why they are looking to monetize these accounts in order to generate extra income that allows them to increase their income.

“This is a great opportunity as these households already watch Netflix and enjoy our service. Sharing has probably contributed to our growth by getting more people to use and enjoy Netflix. And we’ve always tried to make it easy to share within a member’s home, with features like profiles and multicasting. Although they have been very popular, they have created confusion about when and how Netflix can be shared with other households,” the company said in its statement.

Find out: Not only Netflix suffers: a new streaming service will close weeks after being opened

What do you think about this new? Do you think this will help Netflix or will it end up causing more subscribers to cancel? Tell us in the comments.

Follow this link to see more news related to Netflix.