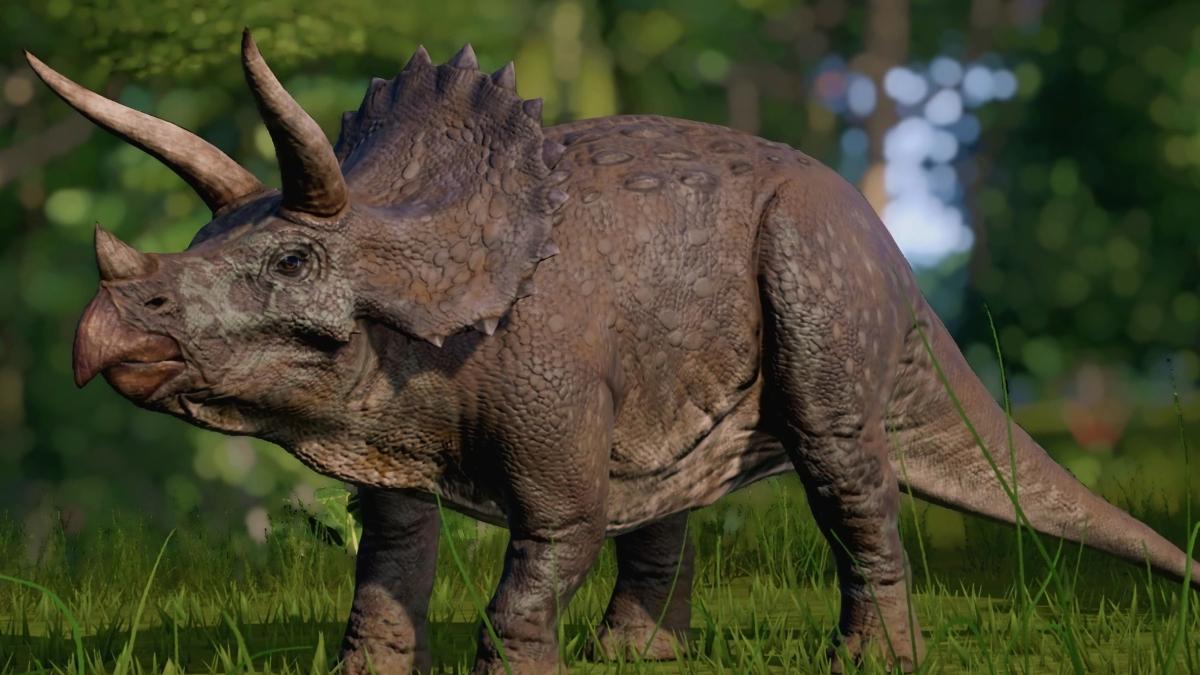 This Triceratops trait is always misrepresented

Triceratops is probably one of the most popular dinosaurs, a gigantic ceratopsid that lived in North America in the late Cretaceous periodbetween 68 and 66 million years ago, and a look that is almost iconic.

Robust, strong, with a length of up to 9 meters and weighing several tons – between 5 and 9, according to estimates – this huge herbivore is vaguely reminiscent of modern elephants and rhinos. three horns crowned an enormous head, with a skull that expanded into a solid bone ruff that covered the neck by the upper part and by the flanks.

Problems in the representations of dinosaurs

In the study of extinct animals, such as dinosaurs, it is sometimes difficult to find the correct way to represent them. The available fossils are often incomplete—not a single complete fossil of Triceratops— and the soft parts are seldom preserved; it is even more difficult for color information to be preserved.

In the absence of features of a specific fossil remains, for its reconstruction, it is common to resort to its closest evolutionary relatives, and infer those features in common with them.

Therefore, it applies parsimony principlealso called ‘Ockham’s razor’, according to which, given several possible explanations, the most probable is usually the one that assumes fewer untested entities. From an evolutionary point of view, it would seem that the result that assumes the least number of steps, the least number of novelties, tends to be the most likely explanation.

Other traits, such as color, are usually inferred from the ecosystem in which they lived and the behavior that they are assumed to have. It is very rare that the fossil record preserves color information, although there have been a few cases of small, feathered dinosaurs, such as Microraptor. But not in Triceratops.

When a reconstruction is made, therefore, data that is clearly visible in the fossils is combined with others that must be deduced, inferred, or directly speculated about.

For example, it is well known that in the group of ceratopsians —to which Triceratops—In its beginnings it presented a plume of picnofibers, a kind of filamentous feathers, which ran along the hip and the base of the tail on its dorsal part. Thus it appears in the most primitive members of the group, as Psittacosaurusit is probably an ancestral trait that would be inherited by more modern ceratopsians.

So, there is the possibility that Triceratops and other related species had that tuft of feathersa trait that, to date, has not been seen in cinematic or other depictions, appearing only in illustrations by specialist paleoartists.

Another trait that is often misbred is the legs. It is very common to introduce Triceratops and their ceratopsian congeners with legs similar to those of the modern elephant or rhinoceros. However, the legs of these dinosaurs, especially the front ones, although strong, were more slender and with long fingers. Triceratops it only supported the first three fingers of the hands, the other two were vestigial. On the hind legs, the fingers were shorter, and she supported four.

But regardless of the legs, probable tuft of feathers, or speculated color schemes, there is an even more distinctive feature, one that the fossil record makes clear existed, and one that is almost always misrepresented: the horns. .

Indeed, it is almost ironic that the most characteristic feature of Triceratops be, at the same time, the one tends to be badly recreated repeatedly and almost constantly.

If we look closely at the appearance of the horns of the Triceratops and other ceratopsians that appear in different media —Jurassic Park or Walking with Dinosaurs— all have that rough, bony, and sometimes almost rocky appearance. The horns are depicted as found in fossils, but the horn structure of Triceratops it was different.

the horns of Triceratopslike those of a bull or an antelope, were formed by a bony base, called cornual process, which is what we find in fossils, covered by a hollow sheath of very hard keratin. We know that he had these covers, because the marks were left on the bones.

What we don’t know is what that cover would look like; it may have been completely smooth, as on a bull or bison, or perhaps, although less likely, it showed different types of ornamentation, such as the horns of a goat, oryx, or gazelle. Of the various options, however, also we know the bare bone horn is not one of them.

See also  "The Power of Offense 2": Start of shooting for the continuation of the ORF/ZDFneo series in Vienna and the surrounding area

Cottingham, J. 2020. A literature review of horn and horn-like structures in vertebrates to correlate placement to function, behavior, and niche. Biology Papers and Presentations.