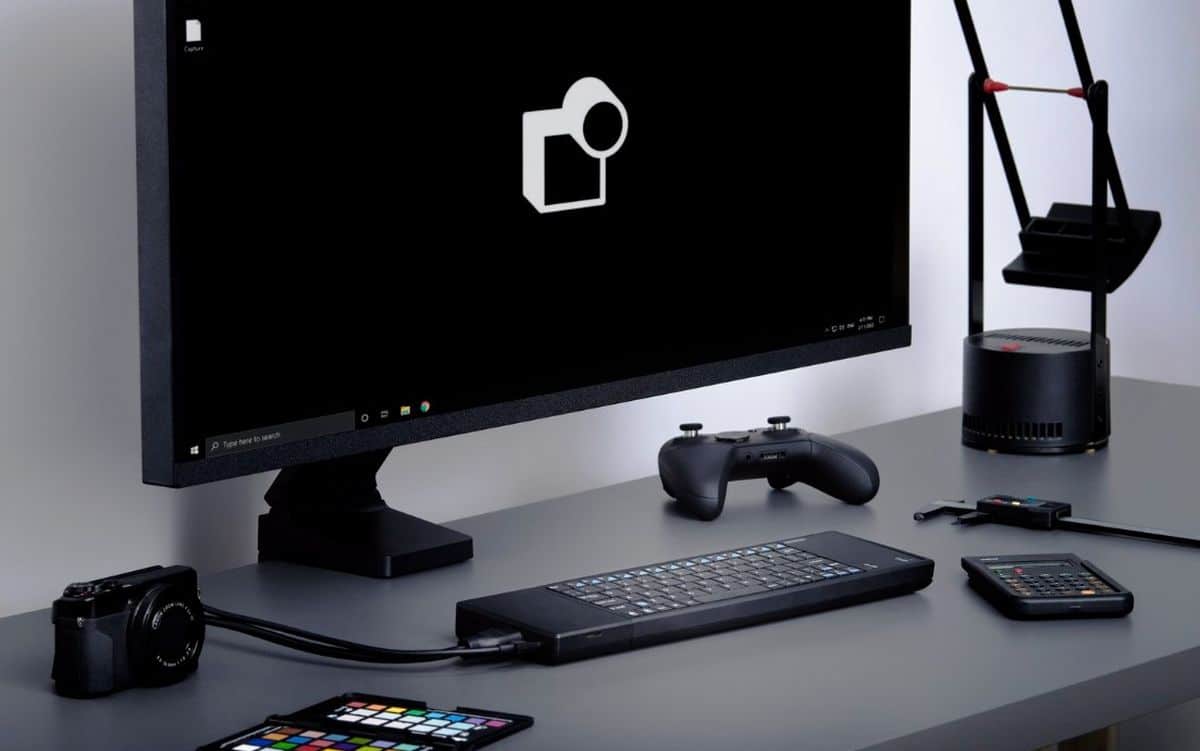 The British start-up Pentaform presented its new PC: the AbacusBasic. It is a mini-computer which has the particularity of being directly integrated into a keyboard. It relies on its format to seduce, but also on its price, since it only costs 140 euros.

Compact PCs have already been on the market for many years. They usually come in the form of a box to which we plug our peripherals. The British start-up Pentaform has decided to shake up the codes with the AbacusBasic. This mini computer is directly integrated into its keyboard.

Presented on the manufacturer’s official website and already available for pre-order, the AbacusBasic is a chiclet clavier thick enough that acts as a PC. All the user has to do is plug in a display via a VGA or HDMI cable.

A computer in a revolutionary format

The AbacusBasic has a very modest processor, since we have a Intel Atom X5-Z8350 clocked at 1.44 Ghz, supported by 2, 4 or 8 GB of RAM. With such a configuration, the PC is intended only for simple office automation, such as word processing or Internet browsing. For storage, we have a 16 GB eMMC SSD, but upgradeable to 128 GB. Note that the product is delivered with Windows 10. The computer can connect to the Internet thanks to the integrated Wi-Fi and also includes Bluetooth, so to pair various peripherals.

It should be noted that the components are placed on the side of the chassis. It is possible to unclip this part (like on a Switch) in order to use the keyboard alone so that it is less heavy.

In addition to adopting an unusual format, the AbacusBasic has another big advantage: its price. It is indeed displayed at 120 pounds sterling, i.e. 140 euros. An unbeatable price that will appeal to those who do not need a war machine at home and who do not want to break the bank.

Finally, Pentaform indicates that its PC is 100% green, since its chassis is made of recycled plastic and it consumes nothing: 31 KWh. This is the equivalent of the annual consumption of a light bulb. In short, we have here an intriguing product that could well be talked about in the future.