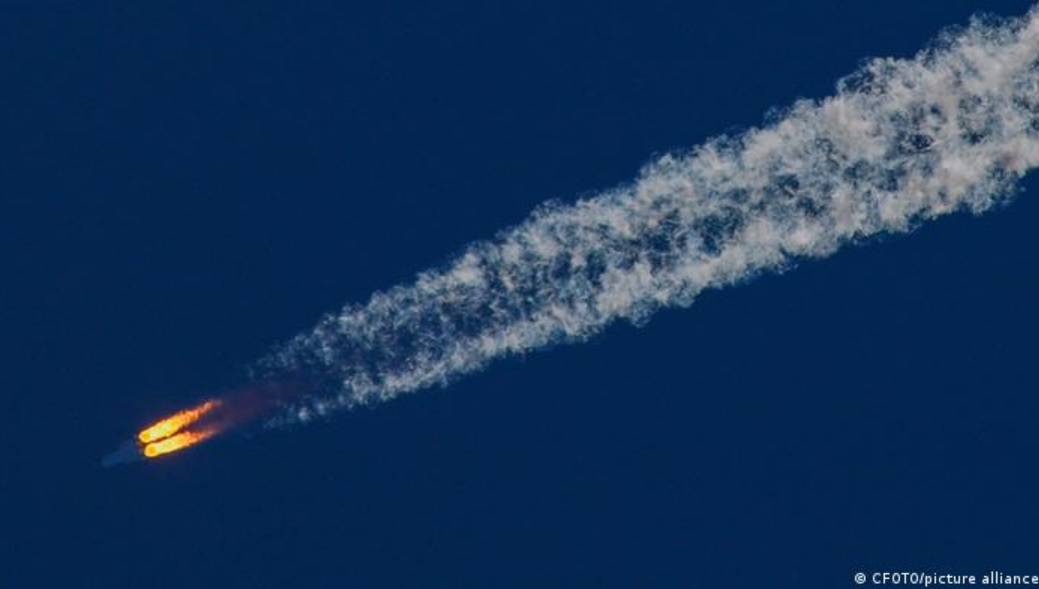 Security agencies and surveillance services around the world are again on the lookout for where the remains of a Chinese rocket will fall; Its about Long March 5Bwith an estimated mass of about 25 tons and It travels uncontrollably at a speed of 28,000 kilometers per hour.

According to the latest data from its monitoring, the remains of the rocket will enter the Earth’s atmosphere at some point this weekend, with a re-entry window between 18:53 GMT on Saturday (01:53 from Ecuador) and 10:00 a.m. 53 on Sunday GMT (05:53 from Ecuador); the most accurate estimates can only be made a few hours before re-entry.

The calculations of the experts, based on observations and mathematical models, indicate that the remains of the vehicle, in the event that it does not completely disintegrate in the atmosphere, would fall somewhere between the 41st parallels, with a greater probability in the ocean. .

Therefore, the chances that the fall will be on the earth’s surface are very low, confirms to Efe Jorge Lomba, head of the Space department of the Center for Technological and Industrial Development (CDTI), who points out that the rocket will fly over Spanish territory only in three minute-and-a-half orbits in the next two days.

Even so, exactly where it will land is unknown, but the possible debris field includes United States, India, Australia, Africa, Brazil, and Southeast Asiaaccording to The Aerospace Corporation, a California-based nonprofit, government-funded research center.

Uncontrolled nature of their descent

For this reason, because it can also affect airspace, as the European Aviation Safety Agency recently warned, it must be monitored. That is what is being done from the United States or from the European Union Space Surveillance and Tracking Service (EUSST).

The EUSST is permanently coordinated by the CDTI and has various services in place, including monitoring objects that wander without control and that could re-enter the Earth’s atmosphere.

Although the global coordination of this body is done from the CDTI, Italy is the country that coordinates the monitoring of Long March 5B.

“Due to the uncontrolled nature of its descent, there is a non-zero probability that the surviving remnants will land in a populated area: more than 88% of the world’s population lives under the possible imprint of the reentry remnants,” he noted this week. in a press release the company Aerospace Corporation, which is following the re-entry of the rocket.

The Chinese rocket, which took off on July 24 from the island of Hainan and was intended to transport a module to the Chinese orbital space station, is now circling the Earth.

As the rocket loses height in its elliptical orbit, the uncertainty can be reduced and the time and place of the fall of the debris can be adjusted, in the event that it does not completely disintegrate when colliding with the shield of the atmosphere. land.

It is not the first time that a Chinese ship has been watched by the international community. In May of last year, it was also a Long March 5B rocket that alerted surveillance services around the world; it ended up disintegrating almost entirely and the debris falling into the Indian Ocean, causing no damage.

Three years before, in April 2018, the Tiangong 1 orbital laboratory, which had been in disuse since 2016 and was wandering uncontrollably through space, was also monitored; it re-entered the Earth’s atmosphere over the South Pacific Ocean, also without causing damage.

There are ways, and most of the time this is the case, of making controlled re-entries into the atmosphere of rocket parts that are sent into space and, in their case, into the ocean, but you have to store a lot of fuel for this, which is a great investment, details Lomba.

China does not seem to be doing so, says this expert, who adds that the possibility of developing international regulation is being considered. (I)