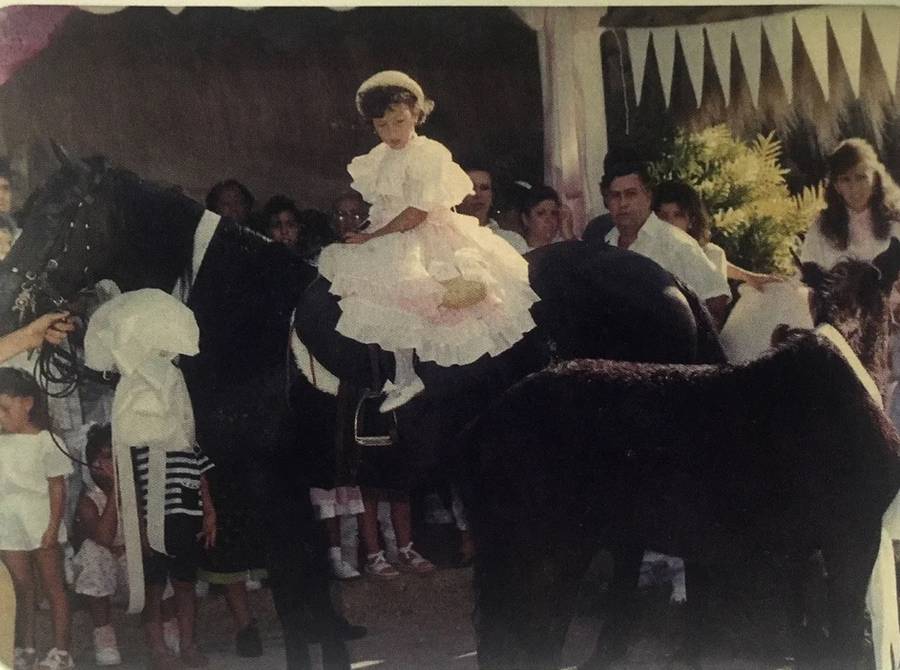 This is the current life of Manuela, Pablo Escobar’s daughter | People | Entertainment

Like his brother, for security reasons, the Colombian authorities changed his name.

Manuela, the youngest daughter of drug lord Pablo Escobar, he lost his father when he was only nine years old. She was born on May 25, 1984.

The woman lives in Buenos Aires, Argentina, where his brother and mother also reside. Unlike his brother, she has wanted to remain anonymous, without using social networks and away from her past. For this reason, few data are known about his current life, stated in a publication of Time.

This was the last hours of Pablo Escobar’s life

Her brother, who has social networks and has given several interviews, has been consulted about her and the reason it has moved out of the public eye.

“My sister is NOT a public person, enjoy your privacy and have the privilege of leading a normal life. She owes nothing to anyone and lives peacefully around us and those of us who love her. We respect your privacy. ”Juan Sebastián Marroquín said in an Instagram post.

The curious gifts that Pablo Escobar gave at Christmas

The sons of drug lord Pablo Escobar, who stained a stage in Colombia’s history with blood, they took different paths from their father.

About Manuela it was possible to know a little more by the writer José Alejandro Castaño, who lived with the Escobar family and published the book Close your eyes princess, which is about the life of the daughter of the Colombian drug lord. Manuela was Escobar’s adoration and that is why he fulfilled every whim of his little girl.

The differences between ‘Chapo’ Guzmán and Pablo Escobar, the largest drug traffickers in the world

“Under her daughter’s pillow she would put bundles of the Tooth Fairy bills for each tooth that fell out. At five or six years of age, his father explained to him that they had so much money because they were magical, They had a gift that made them win tens of millions in the lottery, ”recalls José Alejandro Castaño. Another time he wanted to give him a snowfall and transferred to his famous Hacienda Napoles, nestled in a torrid region, the machine that made ice on his skating rink in Medellín.

Castaño describes her as someone with a melancholic personality, who went from being a girl who had everything to having to face several limitations after her family was denied asylum in the United States and Germany after Escobar’s death, according to the article by Time.

What fate each of Pablo Escobar’s children had

“The drama for Manuela begins when her father dies and she has no way of holding onto reality, it was too small to understand ”, affirms the writer, who in an interview said that, in fact, the woman, unable to rebuild her life, he would have tried to commit suicide. Escobar passed away in 1993.

In the publication of Time It is also mentioned that after his mother and brother were arrested in 1999, accused of money laundering and falsification of documents, Manuela fell into a great depression and had to go to psychological treatment. Also, he dropped out of school and began to watch private lessons from home. (I)