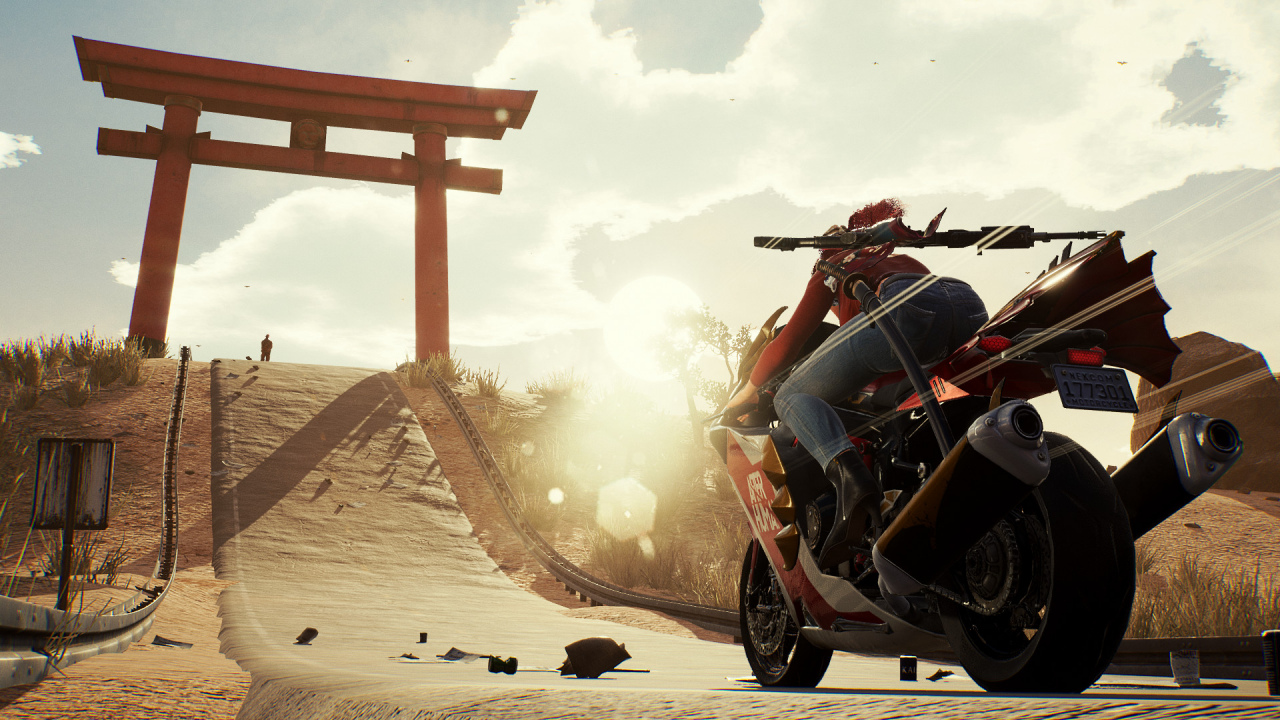 this is Showa American Story

Post-apocalyptic setting in a uchrony where Japan has taken over most of the United States.

NEKCOM Entertainment, authors of Dying Reborn, an escape room-style horror puzzle game, has surprised us with Showa American Story, a new video game of action rpg for a player coming to PS4, PS5 and PC via Steam. It is undeniable that the trailer manages to draw our attention with its fighting hack and slash and its curious setting.

A young girl against a world full of monstersShowa American Story will take us to a United States conquered by the Japanese economy, where Japanese immigration has established its culture in the land of Uncle Sam. However, a mysterious catastrophic incident changes everything completely and our protagonist, Choko, a young girl revived from the dead, you will have to survive in a wild world inhabited by zombies, monsters and different groups of human survivors.

The trailer is a letter from love of 80s pop culture, from posters that refer to the Asian B-series cinema, CRT televisions, VHS video players, vintage telephones, enemies taken from the classic The Warriors, yakuzas, sleeves with eighties designs and a soundtrack city pop for a trailer that plays on nostalgia.

CRT televisions, vintage telephones and VHS tapesThe system of combat is fluid and it combines different melee weapons with other long-range ones, being able to make dodges similar to those of titles such as Bayonetta or Nier: Automata. Throughout the game we will also be able to unlock new abilities to face powerful enemies, in addition to collecting different objects and developing Choko’s powers. Showa American Story will also feature side quests and minigames. Recently, we also got to enjoy the eighties Asian pop culture tribute at the unveiling of the new horror title from the creator of Silent Hill, Slitterhead.