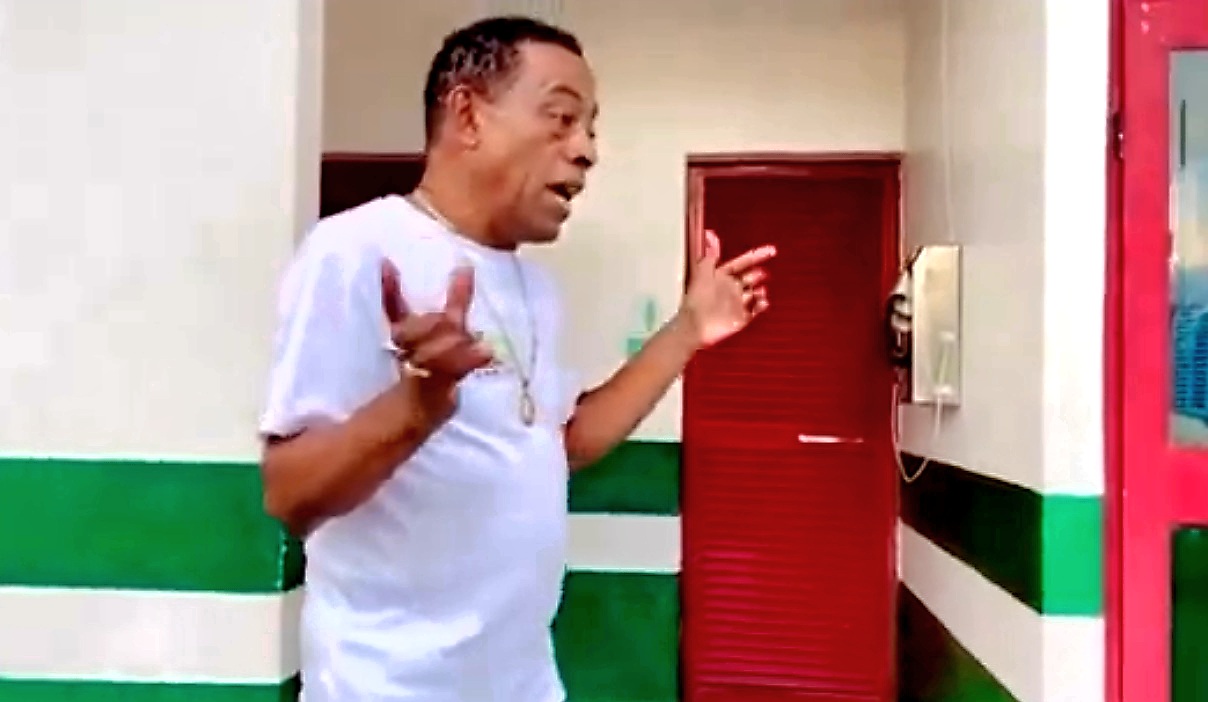 “This is not the revolution that Fidel Castro made”

The popular Cuban singer Cándido Fabré has exploded against the lease of the bathrooms of a ServiCupet in Ciego de Ávila.

Recently, he has uploaded a video where he denounces that he could not use the bathrooms “because they say it is rented and that the companion leaves at six in the afternoon.”

Visibly angry, because “people want to urinate here and you can’t”, Fabré has qualified as “stupid”

to those who decide to lease “places like this”.

For the singer, there is no possible justification:

“This is cheeky. The bathroom is locked. This has to remain in the hands of the State and the State has to assume what it has to do”.

Fabré wanted to put the tile, before the “sticks” fell on him: “I am not a slanderer, I am Cuban to all of them, a revolutionary, but this hurts,” he said.

“What do we do? Pee in the street? I believe that this is not Revolution. That is not the fault of the Yankee blockade. This is not the revolution that Fidel Castro made,” he stated.

Some Cubans gave their opinion about the video in the singer’s profile:

“Cándido, did you see how you got upset and asked right for something let’s say “simple” like a closed bathroom? Imagine if you had to go through what the common Cuban goes through every day. You would be extremely counterrevolutionary,” they pointed out.

Likewise, they questioned the benefits that the fact that the baths were managed by the State could bring.

“I’ll clarify something for you, I wish you could read it and get rid of your ignorance a bit, if that bathroom were handled by the State as you want, it wouldn’t work even until 6 o’clock, it would have a little out-of-service sign,” they considered.

From YouTube they supported his words and wrote: “now Israel Rojas and Cubadebate are going to tell you that you are a counterrevolutionary for

say that, but you have to criticize the badly done. I’m with you on that.”