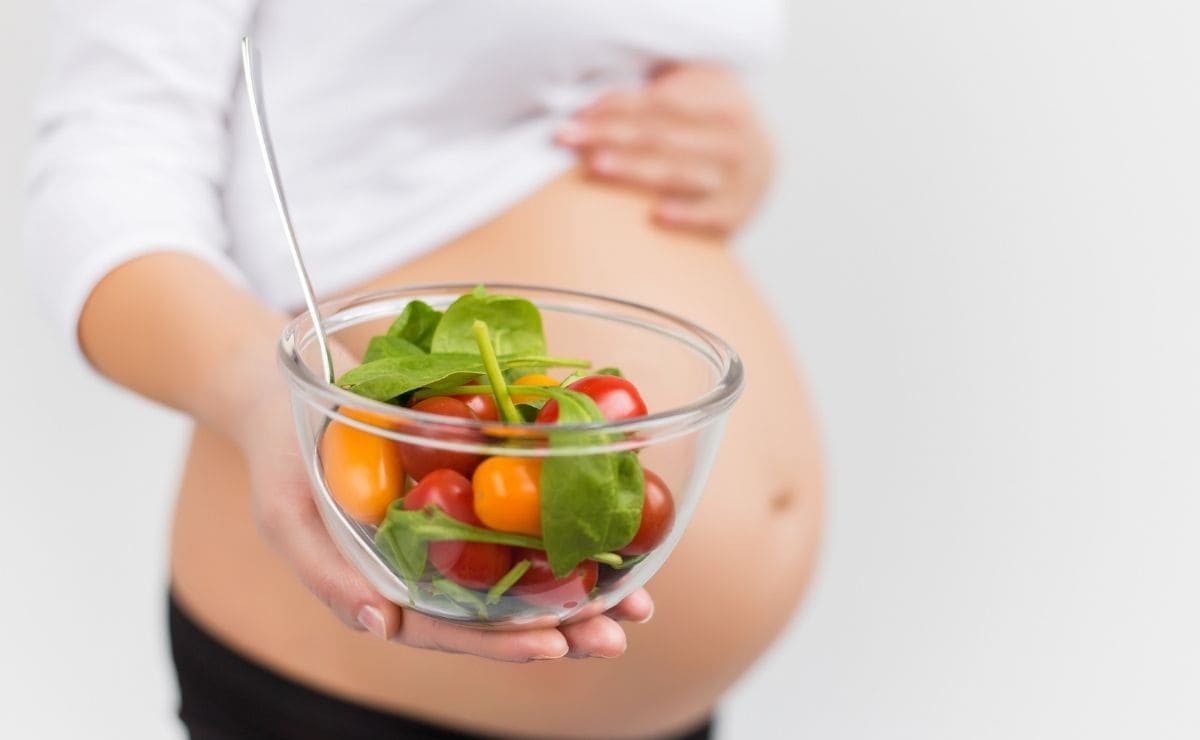 A healthy diet from the moment of conception through the second trimester can reduce the risk of several common pregnancy complications. As suggested by a study conducted by researchers at the National Institutes of Health in the United States.

Pregnant women in the study who scored high on any of the three healthy eating measures had a lower risk of gestational diabetes. In addition to blood pressure disorders related to pregnancy and premature deliveries.

The study, published in the American Journal of Clinical Nutrition, was conducted by Dr. Cuilin Zhang and his colleagues at the Eunice Kennedy Shriver National Institute of Child Health and Human Development (NICHD). Two of the most important organizations related to this topic, trying to develop treatments and improvements for the time of delivery.

Researchers analyzed dietary data collected multiple times during pregnancy in the NICHD Fetal Growth Study. Almost 1,900 women responded to questionnaires about their diet between weeks 8 and 13 of pregnancy. And they were asked to estimate what they had eaten in the previous three months.

Between weeks 16 and 22 and between weeks 24 and 29, the women identified what they had eaten in the previous 24 hours. Their responses were scored according to three measures of healthy eating: the Alternate Healthy Eating Index, the Alternative Mediterranean Diet (DMA), and the Dietary Approaches to Stop Hypertension (DASH) diet. All three measures emphasize the consumption of fruits, vegetables, whole grains, nuts and legumes and limit red and processed meat.

Overall, the researchers found that following either diet from the time of conception through the second trimester was associated with a lower risk of gestational diabetes. In addition to hypertension, pre-eclampsia and premature labor.

A new study reveals that people who eat two servings of fruit a day are 36% less likely to develop type 2 diabetes than those who eat less than half a serving. As published by the researchers in the ‘Journal of Clinical Endocrinology & Metabolism’, of the American Endocrine Society.

“We found that people who ate about two servings of fruit a day had a 36% lower risk of developing type 2 diabetes over the next five years than those who ate less than half a serving of fruit a day,” explains the author. of the study, Dr. Nicola Bondonno. From the Nutrition Research Institute of the Edith Cowan University of Perth (Australia).

“We did not observe the same patterns for fruit juice. These results indicate that a healthy diet and lifestyle that includes the consumption of whole fruits is a great strategy to reduce the risk of diabetes, “he adds.

Eating a healthy diet that includes fruits and vegetables as the basis of the diet is vital to have a better quality of life. Studies like these reflect the importance and benefits of eating consciously and responsibly. Taking full advantage of the advantages of including foods that contain the vitamins and nutrients necessary to increase the health of our body in our daily diet.