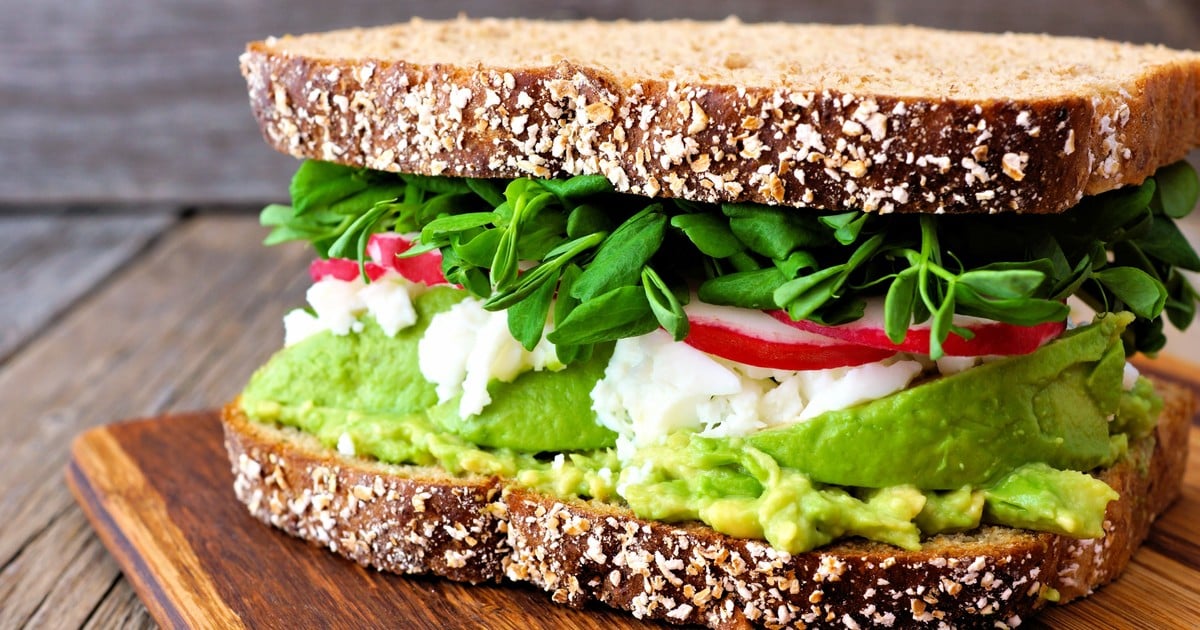 White or integral? All the recommendations have long pointed towards the second option, since it is proven that whole grains are beneficial for health. Now, a new study adds evidence about the association between the consumption of at least three servings a day and better levels of blood pressure, blood sugar and smaller waist size.

To do so, they used data from the descendant cohort of the Framingham Heart Study, which began in the 1970s with the goal of evaluating long-term risk factors for heart disease.

The new research, the results of which are published in Journal of Nutrition, examined the health impact of consuming whole and refined grains for 18 years. Data from 3,300 participants, who were in their 50s when the follow-up study began, were analyzed.

The research team compared changes in the five risk factors, at four-year intervals, in four categories of reported whole grain intake, ranging from less than half a serving per day to three or more servings per day.

According to the Dietary Guidelines for Americans 2020-2025, the recommended amount of whole grains is three or more servings daily. An example of a serving is A slice of whole wheat bread, half a cup of oat cereal or half a cup of brown rice.

Meanwhile, the Dietary Guidelines for the Argentine Population (GAPA) advise consuming 4 daily servings from the food group that includes cereals (which also include legumes and potatoes).

Also, average increases in blood sugar levels and blood pressure were greater in participants who ate fewer whole grains compared to those who ate three or more servings a day.

The researchers also studied the five risk factors in four categories of refined grain intake, ranging from less than two servings per day to more than four.

Contrary to what was seen with the integralsThe lower intake of refined grains led to a lower average increase in waist size and a higher average decrease in triglyceride levels for each four-year period.

“Our findings suggest that eating whole foods as part of a healthy diet provides health benefits beyond simply helping us lose or maintain weight as we age, “said Nicola McKeown, lead and corresponding author and scientist for the USDA HNRCA Nutritional Epidemiology Team.

In fact, he continued, the data suggests that people who eat more whole grains are better able to keep their blood sugar and blood pressure down. most suitable levels over time. “Controlling these risk factors as we age can help protect us against heart disease.”

Why can the consumption of whole grains help to control cardiovascular risk factors?

According to Caleigh Sawicki, another of the authors of the work, the reasons are various. Among them, he lists the presence of dietary fiber in whole grains, which can have a satiating effect, while magnesium, potassium and antioxidants can help lower blood pressure. And soluble fiber may have a beneficial effect on blood sugar spikes after meals, he said.

Where to find them

Among the participants, according to what they declared in self-reported questionnaires, the largest contributor to the intake of whole grains were the whole grain breads and whole grains for breakfast. The refined grains came mainly from pasta and white bread.

The difference in health benefits between whole grains and refined grains may be due to the fact that whole grains are less processed Than the refined ones, the authors point out.

Whole grains have a fiber-rich outer layer and an inner germ layer packed with B vitamins, antioxidants and small amounts of healthy fats. Grinding whole grains removes these nutrient-dense components, leaving behind only the refined, starch-filled grain.

“It’s important to think of ways to replace refined grains with whole grains throughout the day,” McKeown said. And concluded that “small incremental changes in the diet to increase the intake of whole grains will make a difference over time“.

The Manual for the application of the Dietary Guidelines for the Argentine Population points out that there is a great diversity of cereals and that it is always preferable to choose whole grain varieties, among which stands out: rice, corn (grain and flour), wheat (grain, flour, wheat bran, wheat germ, semolina, bulgur, pasta and breads), oats (oat bran), barley, rye, buckwheat, amaranth, carob flour, rice flour, millet, quinoa, sorghum, among others.