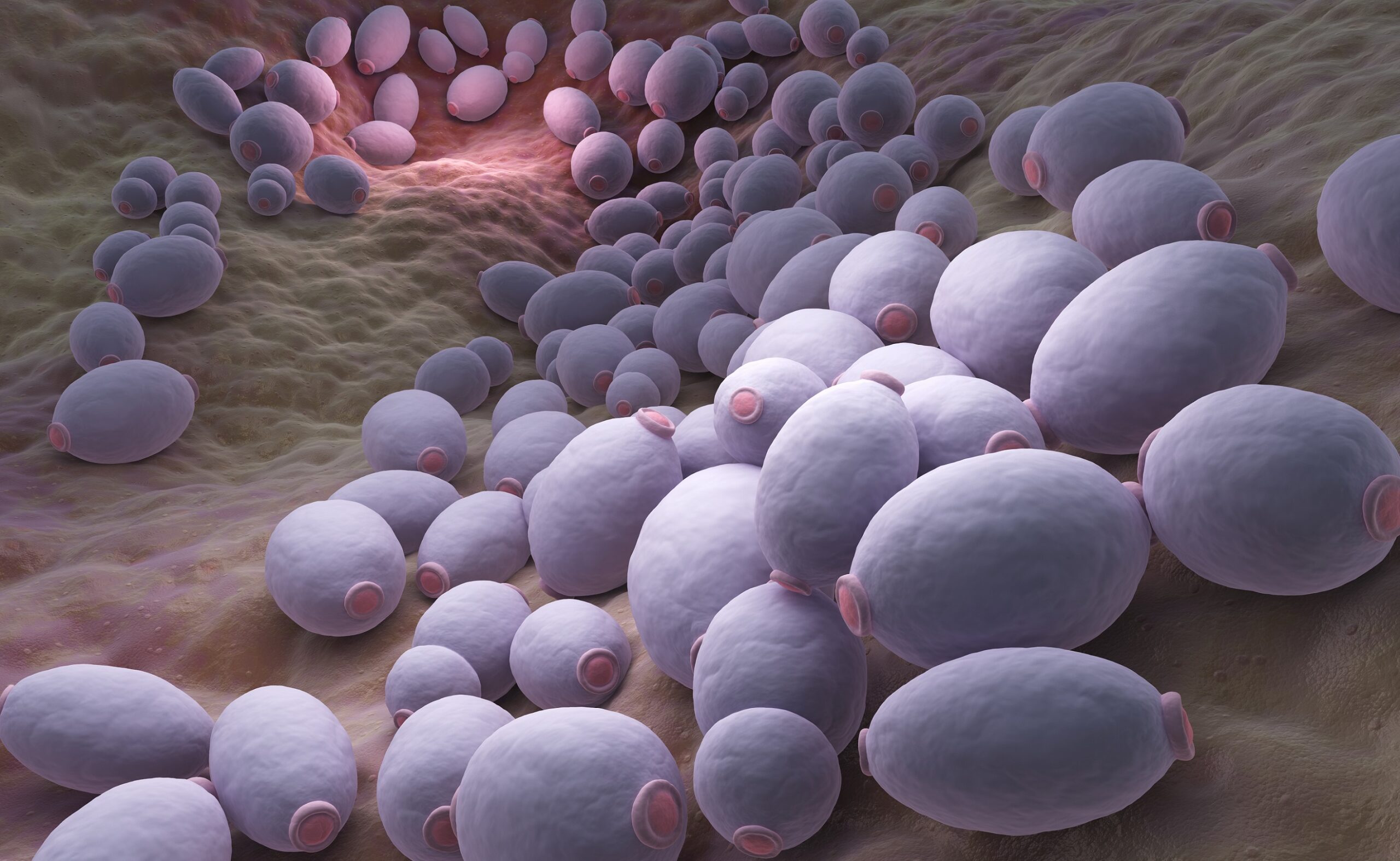 What role do fungi that live in the intestine play in health?

Intestinal bacteria have become an important research field in the health sector in recent years. It is becoming increasingly clear that the gut microbiome plays a major role in our overall health. An American research team has now shown that not only the intestinal bacteria, but also the fungi that live in the intestine are important for health and can also be involved in disease processes.

Researchers at the University of Utah Health examined the effects of intestinal fungi on health as part of a recent study. While fungi thrive in a healthy intestine, they can cause intestinal damage and contribute to the development of inflammatory bowel disease if the intestinal flora is out of balance. The research results were recently presented in the journal “Nature”.

“Intestinal fungi have so far only been insufficiently researched, partly because they are far outnumbered by bacteria,” explains pathology professor June Round. The latest tools and technologies have only recently made comprehensive analyzes of intestinal fungi possible, according to the head of research. This work adds an important piece to the bigger picture.

Intestinal fungi are monitored by the immune system

The team used mice to show how the immune system keeps fungi in the intestines under control. If they become pathogenic or if they multiply excessively, immune cells begin to attack the fungi. If this system is unbalanced, it can lead to intestinal diseases.

Round’s team became interested in this branch of research after antibodies against fungi were discovered in a common medical test used to diagnose chronic bowel disease Crohn’s disease. What these antibodies had to do with the disease was still unclear at the time.

The researchers followed the trace of the immune reaction in human samples as well as in the mouse model. The working group came across the yeast Candida albicans as the main trigger. The yeast is the most important type of fungus in the human intestine.

Further studies showed that the immune reaction was directed primarily against the so-called hyphae of the fungi. These are thread-like cells that can absorb nutrients and water. With the help of the hyphae, the fungus can penetrate deep into the tissue. In this way, the yeast Candida albicans can cling to surfaces and penetrate them.

Candida albicans is not harmful when balanced

The researchers also found that the fungus did not cause any damage in mice with a balanced gut microbiome. Mice with an excessive population of the yeast developed intestinal damage known from inflammatory bowel disease. However, the mice, which developed a pronounced immune response against the harmful, hyphal form of the fungus, were largely able to protect themselves from the effects.

New approach to the therapy of chronic intestinal diseases

“Our goal is to exploit the interactions between the microbes and the host’s immune system in order to make microbial products useful for therapies,” explains Round. The research team believes it is likely that inflammatory bowel disease can be treated with targeted immune system support.

Initial tests on the mice have already shown that mice prone to chronic bowel disease are less likely to develop such a disease if they are given an active ingredient to promote the immune response.

But the research also suggests that healthy levels of the Candida population may be beneficial to health. Because the fungi are tolerated in their non-pathogenic form. “The immune system forces Candida into its least pathogenic form,” adds the lead author of the study, Kyla Ost. This shows that communication between host and microbe can also be “friendly”. The researchers suspect that both sides benefit. (vb)