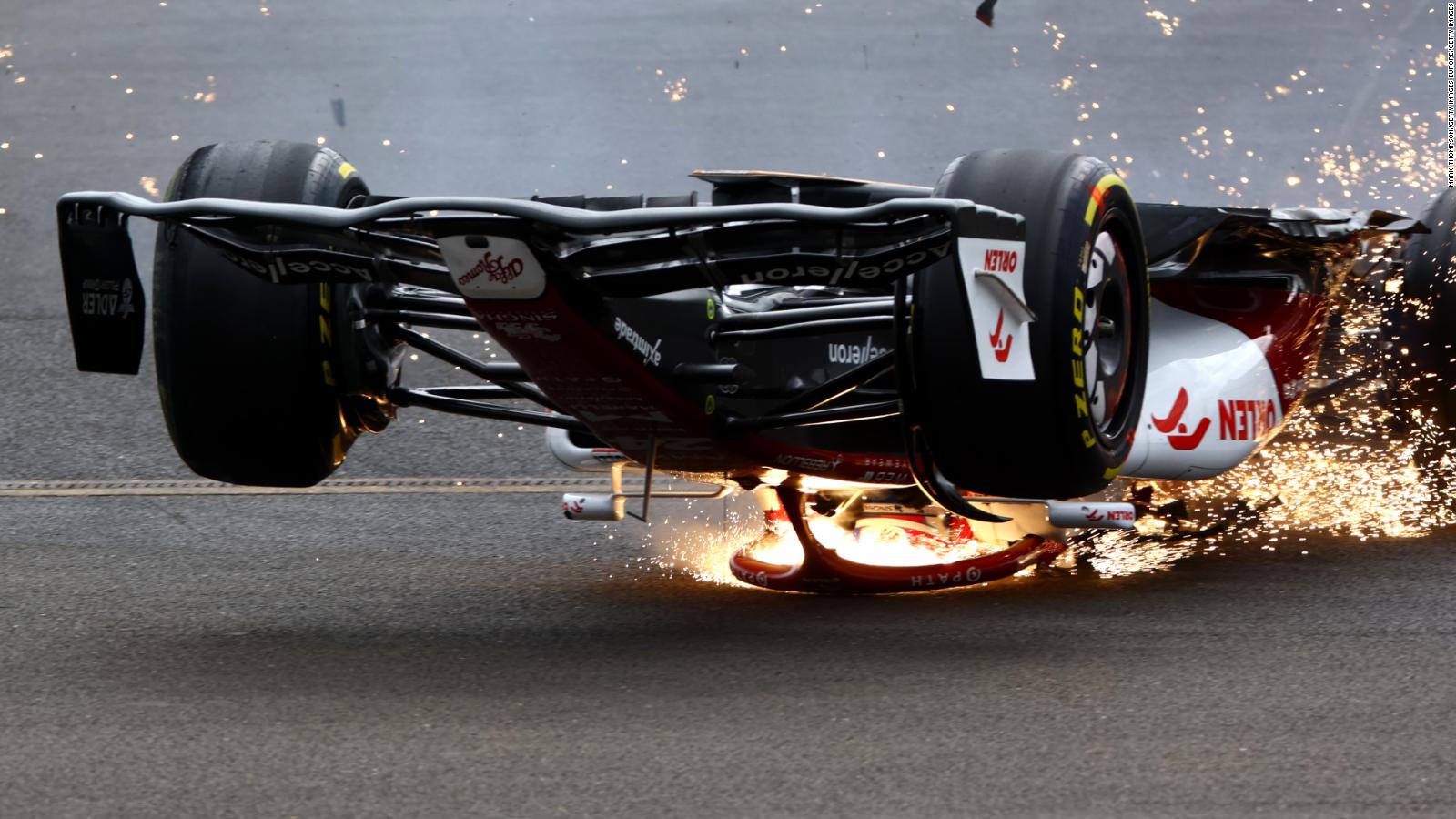 This is how the ‘halo’ works, which has saved the lives of several drivers in F1

(CNN) — As happened four years ago with Charles Leclerc, during a serious accident at the first corner of the Belgian Grand Prix, the Formula One “halo” device saved driver Zhou Guanyu again this Sunday after being involved in another horrible accident at high speed at the British Grand Prix.

“I’m fine, all clear,” Zhou tweeted later on Sunday, along with a selfie. “Halo saved me today. Thank you all for the kind messages from her!”

The device has divided opinion since its introduction in the 2018 F1 season, but that safety cage was indeed Charles Leclerc’s guardian angel and now it has been that of Zhou, the driver of an Alfa Romeo.

The halo is made of titanium and forms a shield around the cabin. Although it initially received some criticism from drivers, it has since been credited by several drivers for preventing serious injuries.

Zhou was one of several drivers involved in the turn one accident, which resulted in his Alfa Romeo flipping and skidding across the track and onto gravel, before crashing into the fence.

Zhou’s car ended up wedged between the tire barrier and the protective fence, which is there to protect the fans. The awkward nature of the car’s location meant it took him some time to get it out.

Mercedes’ George Russell, who made contact with Zhou during the collision, immediately got out of his car once it stopped and ran to see the other driver.

The titanium halo protected Zhou from any injury.

“I’m fine, all clear,” Zhou tweeted later on Sunday, along with a selfie. “Halo saved me today. Thank you all for the kind messages from her!”

The case of Leclerc and Alonso

The titanium structure built over the cockpit to protect the drivers’ heads protected Leclerc from Fernando Alonso’s car in 2018, after the Spaniard and his car were blown up after dodging Nico Hülkenberg’s Renault.

After the incident, there was obvious damage to Frenchman Leclerc’s ‘halo’.

“I watched the replay and boy was it a great test for ‘halo,'” said Alonso, who was one of many drivers who voted for its implementation.

“We don’t need any proof, but it’s a good thing,” he said. “The silver lining is that all three of us are doing well, especially Charles,” she added.

Ironically, Leclerc, who was unharmed, has expressed his disapproval of the ‘halo’.

“Never been a fan of the ‘halo,'” he tweeted after the race, “but I have to say I was very happy to have it over my head today.”

End of the race in the 1st corner. Frustrating.
Never been a fan of the halo but I have to say that I was very happy to have it over my head today !
📷: @f1gregoryheirman / @fotoformulak pic.twitter.com/QILqoVtjVh

Speaking to reporters just after the incident, Leclerc said: “Whether it was useful today or not, I don’t know. I don’t know what would have happened without it, but in some cases it is definitely useful.”

Many famous F1 fans and figures have scoffed at the new safety device, not least because of its appearance.

See also  „Every little thing gonna be all right“ – 11FREUNDE

Martin Brundle, who competed in 158 races over a 13-year period from 1984 to 1996, called the halo “ordinary and ugly”, while three-time champion Niki Lauda said “the halo destroys the DNA of a racing car”. Formula One”.

Nico Rosberg, the 2016 world champion, said in 2018 after the crash in Belgium: “We can end the ‘halo’ discussion now. It will save lives!”

Jean Todt, president of the International Automobile Federation (FIA), was one of the main figures behind the introduction of the halo, tweeting after the incident back then: “Safety comes first. That’s why we introduced the halo.”

Former Ferrari driver Felipe Massa, who ended up with a skull fracture at the Hungarian GP in 2009 after being stuck in debris, said in 2018 after Alonso and Leclerc’s accident: “After seeing this, we can say that ‘the halo is beautiful'”.