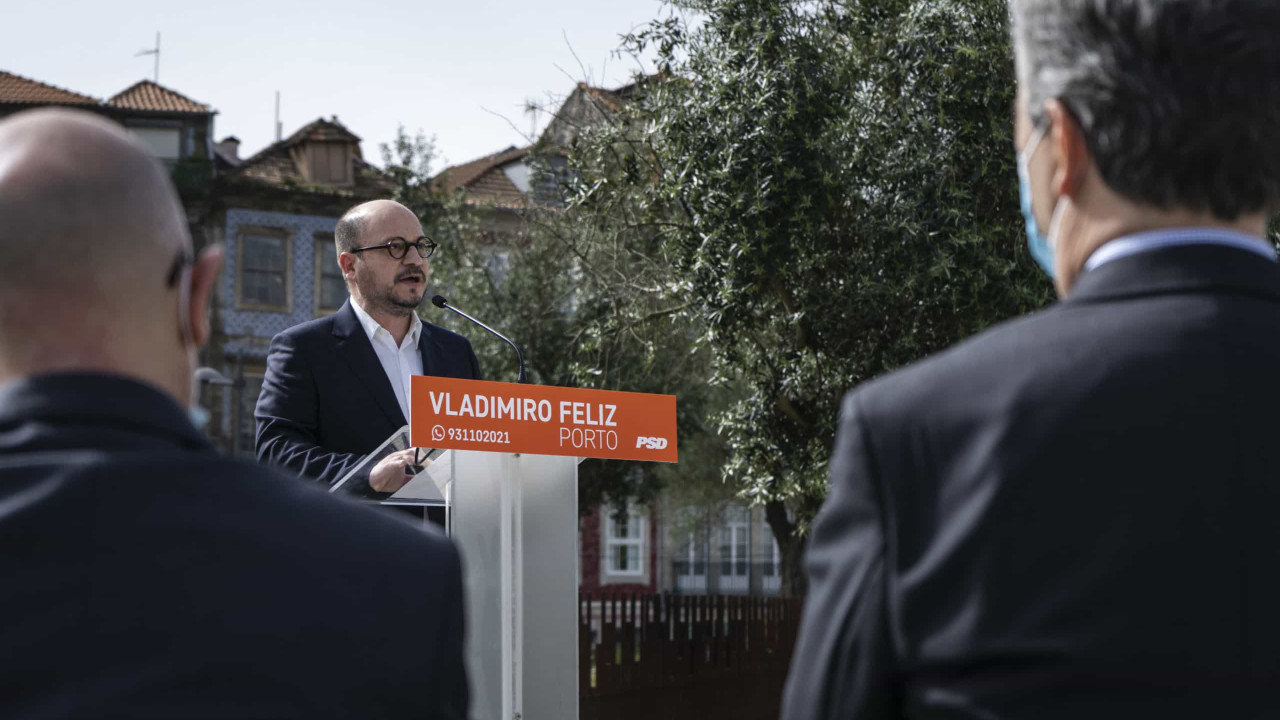 Vladimiro Feliz, a candidate for the Porto City Council supported by the PSD, turned to Twitter to comment on the choice of the Socialist Party (PS) – Eduardo Pinheiro, Secretary of State for Mobility – for the race for autarchy. For this one, “finally everything was clarified”, considering that the municipal fight will be between him and Rui Moreira.

“Eduardo Pinheiro should have learned from history. Porto doesn’t like parachutists. But finally everything was clarified: this is between me and Rui Moreira“, reacted Vladimiro Feliz after the name of another one of his opponents in this race to Porto was known.

This Wednesday, Rui Rio also reacted to the choice of Eduardo Pinheiro by the PS. Also on Twitter, the PSD leader considered that “António Costa’s solution for Porto” confirms what he has said on the subject, after having already accused the socialists of “involvement” with the current mayor of Porto.

“The PS and Rui Moreira are done, but they don’t have the manhood to assume it head on. The main candidacy has little independence and the accessory only aspires to try to prevent the PSD from winning the elections”, stressed Rio.

Eduardo Pinheiro must have learned from history. Porto doesn’t like parachutists. But finally everything was clarified: this is between me and Rui Moreira.

It should be recalled that Eduardo Pinheiro, 42 years old, is one of the five secretaries of State that the Government appointed, in April 2020, under the state of emergency, to fulfill the mission of regional coordination to combat the pandemic caused by Covid-19. The current Secretary of State for Mobility was Guilherme Pinto’s vice-president at the Matosinhos City Council.

The Porto Chamber is headed by the independent Rui Moreira, whose movement elected seven mandates in the 2017 local authorities, to which are added four elected from the PS, one from the PSD and one from the CDU.

The applications for Ilda Figueiredo (CDU), Sérgio Aires (BE), Vladimiro Feliz (PSD), Diogo Araújo Dantas (PPM) and André Eira (Volt Portugal). Local elections must be scheduled by the Government for between September 22nd and October 14th.

Also read: “Rui Moreira is unable to assume that he will fulfill a new mandate”