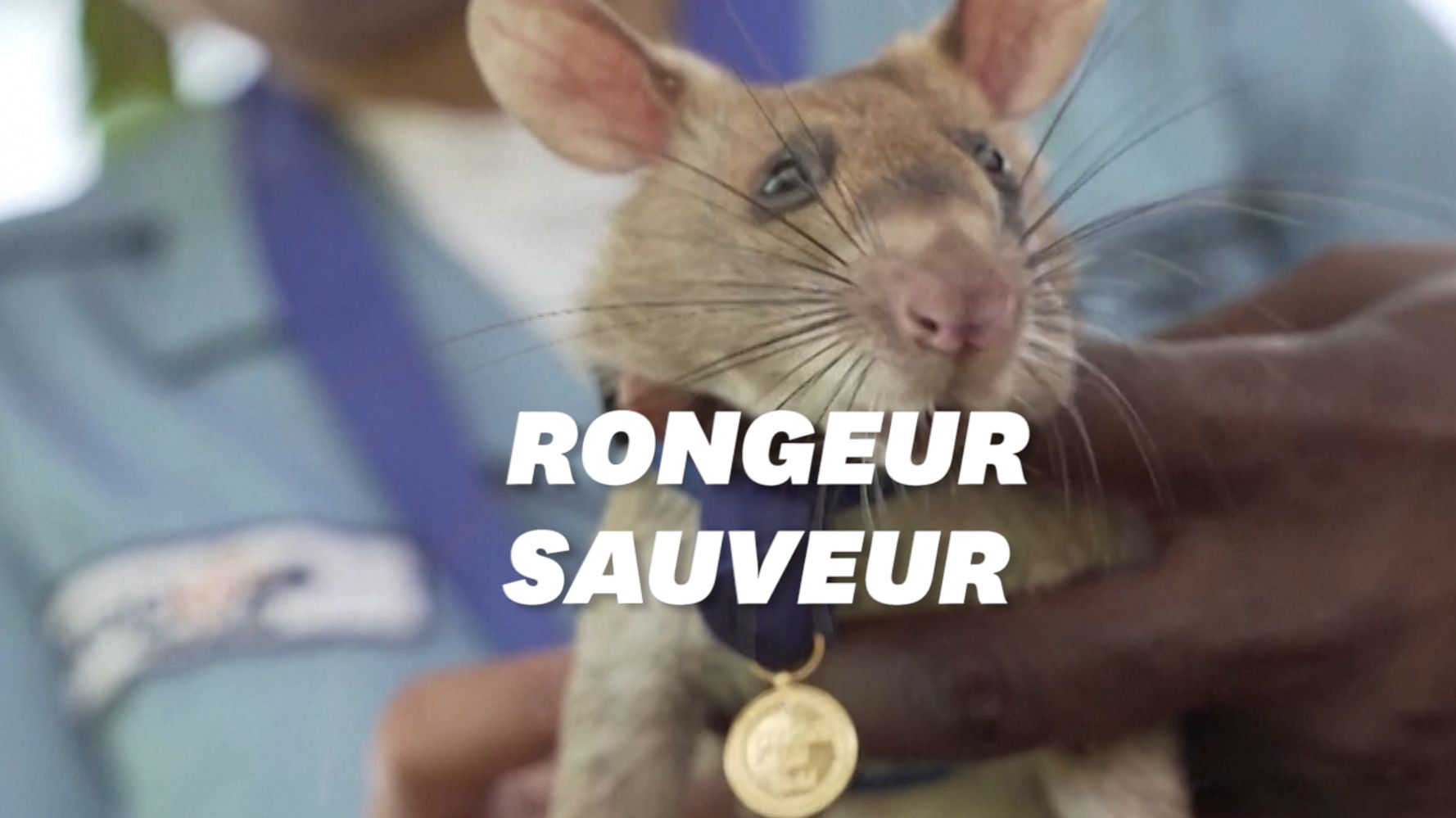 UNUSUAL – Magawa, a giant African rat, will take a well-deserved retirement after helping to save lives by detecting landmines in Cambodia. He was also decorated for his bravery, as you can see in the video at the top of the article.

“He is starting to get a little tired,” explained Michael Heiman, responsible for the Cambodia mine clearance program of the Belgian NGO Apopo. “The best is to retire him”. Magawa will thus be able to savor his favorite dishes, bananas and peanuts, as he pleases.

During his five-year career, Magawa has helped clear some 225,000 m2 of land, the equivalent of 42 football pitches, according to the NGO that trained him for a year in his home country, Tanzania. In total, the large rodent detected 71 mines and 38 unexploded ordnance.

Last September, Magawa was awarded a gold medal by the British association for the protection of animals PDSA (People’s Dispensary for Sick Animals), which annually rewards an animal for its bravery. Magawa was the first rat to receive this award, considered the animal equivalent of the George Cross, the highest honor bestowed on civilians.

Active in Asia and Africa, the Belgian NGO Apopo, which also trains rats to spot tuberculosis, relies on these animals with a particular talent for repetitive tasks when they are rewarded with their favorite dishes and whose small size protects them from explosions.

A tennis court in 30 minutes

For the detection of TNT contained by explosives, she teaches them to scratch on the ground in order to signal its presence to the humans who work with them.

This technique, which is not based on the presence of scrap metal, allows you to work much faster than with a metal detector. From the height of his 70 cm, Magawa can thus comb the equivalent of a tennis court in 30 minutes, a task that would take up to four days for a human equipped with a metal detector.

According to the NGO, a group of 20 new specially trained rats who have just arrived in Cambodia have received permission from the authorities to begin their mine detection work.

But it will take time for them to match Magawa, “a very exceptional rat”, assures Michael Heiman. “It is obvious that he will be missed during the operations”.

See also on The HuffPost: This Los Angeles resident stands in front of a bear to save her dogs