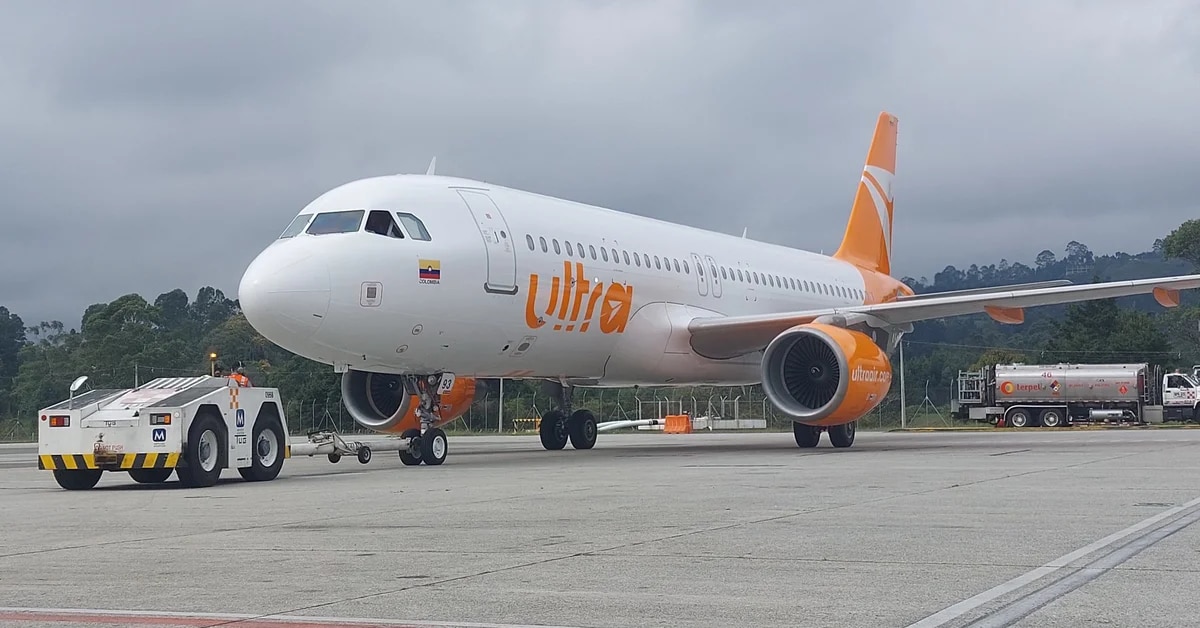 This Friday, a new low-cost airline takes off with tickets at $25,000

Ultra Air will start its operations in the country Twitter – @AeropuertoMDE

The dream of flying for many people every day becomes more affordable. because day by day the competition between airlines increases and even new neighbors arrive. Well, today it was confirmed that the planes of a new company will fly over the skies of Colombia.

Ultra Air becomes the ninth Colombian company that will operate in the country, this time it is imposed under the low cost concept. The airline proposes a differential idea where commercial air transport provides greater opportunities for users, including attractive destinations and high influx in the territory.

The airline will connect the main cities of the country based on the José María Córdova airport in Medellín, however, with the five planes that will start operating, it promises to be in: Santa Marta, San Andrés, Pereira, Medellín, Cartagena, Cali and Bogotá, in addition to delivering various promotions and flights for travelers that even have approximate costs of 65,000 pesos depending on the destination.

On the morning of this Friday, the inauguration of the company was held at the José María Córdova airport, the orange and white colors predominated in this international air terminal, however, there is little left for the inaugural flight that will take place on February 23, covering the route between Bogotá and San Andrés.

There are modern characteristics within the personnel that man the aircraft, as their clothing changes and leaves the rudimentary concept to provide greater sobriety and comfort to stewardesses and crew members, as they will not wear heels but white tennis shoes, accompanied by an orange blazer and gray pants. , completely changing the concept that marked the trend in airlines.

Among the most outstanding promotions for the beginning of this year, Ultra Air highlights a promotional code that will allow two people to travel for the price of one, because this time With the code PROMO22, travelers can enjoy this benefit for flights between February 23 of this year and February 29 of next year, by typing the coupon code on the airline’s web platform.

The planes that Ultra Air has in its operation, are five Airbus A320 CEO, these aircraft have two long rows divided by a corridor, allowing a capacity close to 180 passengers for short and comfortable flights, in addition, the company affirms that it will seek to expand its fleet in the coming years to cover more routes and increase its itinerary.

Before the inauguration, the company visited the main airports where it will operate, carrying out access tests and runway recognition with its planes, this, after the endorsement provided by AeroCivil. According RCN RadioIn the future, the company will impose an investment close to 30 million dollars, in order to provide approximately 22,000 jobs in different areas of a direct and indirect nature, and as they expand their fleet, these values ​​will vary.

The bonanza of low-cost airlines is part of the execution of the investment law, which allows the expansion of different items, from AeroCivil they highlighted the incursion of the airline: “The @AerocivilCol in team with the Government of Colombia, seeks to strengthen the market, the competitiveness of air transport and the reactivation as a fundamental engine of economic growth, with the entry into operation of the new airline @ultraairoficial. #ItsWithFacts”.

The José María Córdova airport preponderated the arrival of a new member to this family: “It’s today, it’s today! @ultraairoficial is now the new low-cost airline operating in Colombia. We wish you the greatest success in this flight story that takes off from today at our José María Córdova International Airport.”.

A school bus and a luxury trailer, the unknown businesses of one of the actors of ‘Arelys Henao: I sing not to cry’
A man was killed by the Sabana Train in the north of Bogotá