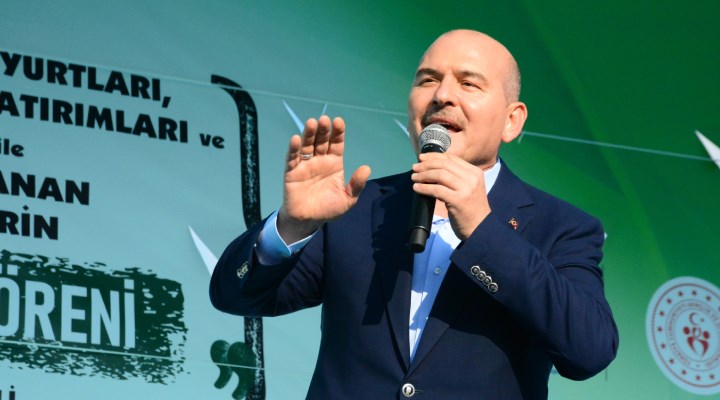 They will kneel before Tayyip Erdoğan on that election night.

Interior Minister Süleyman Soylu spoke at the Collective Opening Ceremony of TOKİ Residences, KYK Dormitories, Metropolitan Municipality Investments and Factories, and Other Completed Projects, organized with the participation of Erdoğan, in Izmit National Will Square.

“He built the infrastructure of 100 years. He built the infrastructure to prepare Turkey for the future of the next 100 years,” said Soylu. “You stood up straight. You defeated the events of October 6-8, you stood upright. You defeated the treacherous coup of July 15, stood up straight. Trust us, you have trusted us until today. Work hard with us, you have worked hard until today,” he said.

“THEY CAME TO ERDOĞAN FOR THE FOOD CRISIS”

Soylu concluded his speech as follows:

As an independent newspaper, our aim is to contribute to the emergence of a real atmosphere of democracy and freedom in the country by delivering the truth to people. For this reason, we use the income we earn from subscriptions to implement better journalism and to enable our readers to meet with information on a more qualified and reliable basis. Because we don’t have a boss whose bank account we have to inflate; good thing it isn’t.

From now on, we will continue on our way with the same sense of responsibility.

One day; strong with you, free with you!