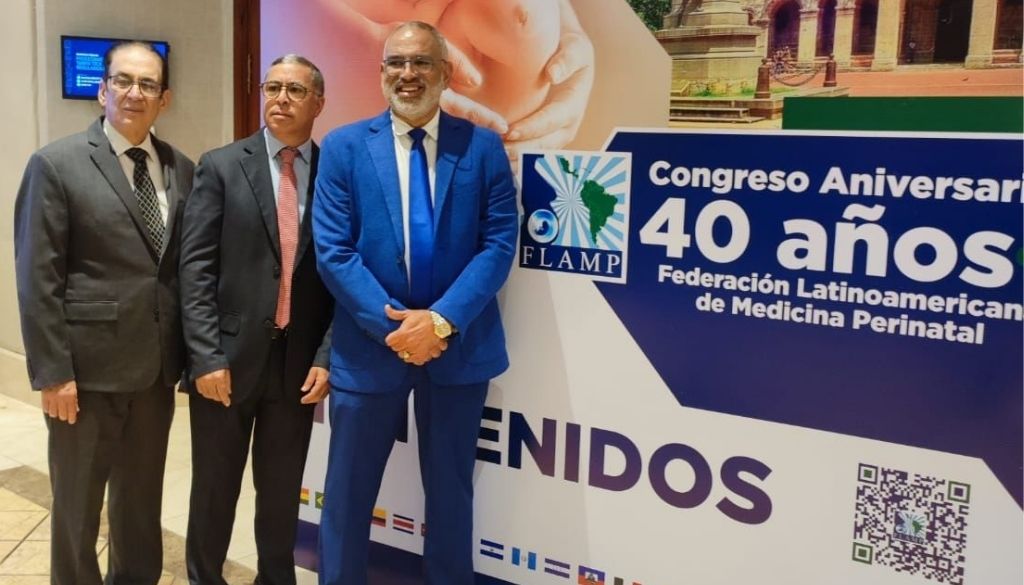 They will hold a congress for the 40th anniversary of FLAMP

SANTO DOMINGO.- The Latin American Federation of Perinatal Medicine Associations (FLAMP) presented this Thursday before the pharmaceutical industry its International Congress which will be based in the Dominican Republic.

This conference entitled “Maternal-fetal health within everyone’s reach”, will be held for the celebration of the 40th anniversary of the FLAMP.

The president of the entity, Dr. José Garrido Calderón, made a historical account of what the federation has been since its second congress was held 33 years ago in 1989 and the evolution in research, perinatal medicine and obstetrics.

“In these 40 years perinatal medicine has been transformed, is something else, obstetrics is something else. The union of immunology with genetics that has resulted in epigenetics has opened an extraordinary field of research, this has made us in the federation organize this congress on this 40th anniversary”, he said.

Dr. Calderón stated that this event will have the participation of 62 international professionalswith the presence of some 1,000 face-to-face doctors and some 3,200 online participants.

The specialist highlighted that the federation has a presence in 19 Latin American countries.

“This will be a historical event, there will be a before and after of medicine in Latin America and in Santo Domingo in particular,” he added.

The topics that will be addressed at the scientific event include prematurity and neonatal viability limits, the short- and long-term consequences of fetal hypoxia, and the prenatal diagnosis and treatment of congenital defects.

The specialists will speak on immunological diseases and their fetal importance, ‘cesarean section vs childbirth: the change in the route of birth’, epigenetics and fetal programming, as well as preterm delivery and apnea of ​​the premature newborn.

The FLAMP congress program is completed by symposia on maternal nutrition and fetal development and preeclampsia, postpartum haemorrhage and maternal and perinatal mortality.

Founding members of the entity participated in the launch in person and virtually, highlighting the achievements and advances of perinatology in Latin America since the founding of FLAMP.

The scientific event will be held from November 24 to 26 at the Catalonia Hotel Convention Center, Santo Domingo.