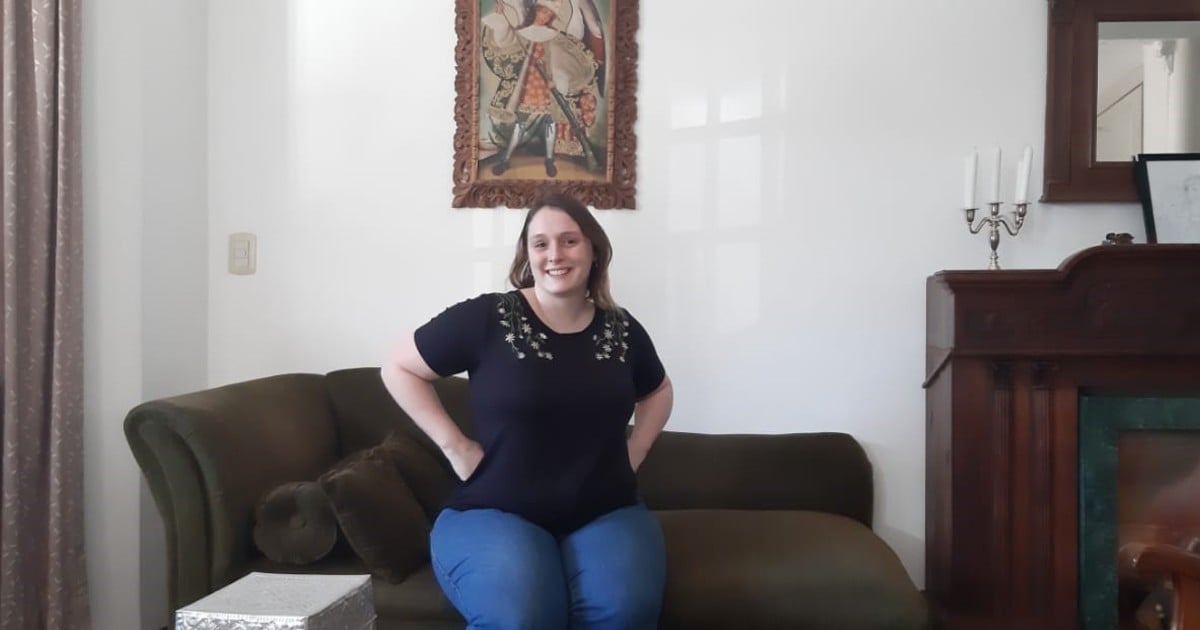 “In general, doctors are violent towards overweight people. It is unacceptable that those who care for us continue to underestimate those of us who have problems regulating our diet. In my case, They assume that for being fat I only eat ultra-processed and lead a sedentary life. So far this year I have made four consultations to specialists and in the same number of times they sent me to walk and stop eating cookies“.

Victoria Musto is 25 years old, has a degree in International Relations and works in a foundation for people with intellectual disabilities in San Lorenzo, the city where she lives, which is 20 kilometers from Rosario. Days ago, angry as a result of impotence after visiting her gynecologist – whom she has known for years – she wrote a thread of tweets that had thousands of responses. Many identified with what Victoria has been suffering since 2012, when at just 17 years old, her nutritionist made her walk.

In the last eight years these medical comments have become a constant And so far in 2021 he had to hear it from his gynecologist, traumatologist, pulmonologist and even from a doctor specializing in fertilization. “I’m not saying it’s malicious. They may not even notice or even register the other, which is serious, but listening to my gynecologist tell me to go for a walk is not having the slightest idea about me. Has the gynecologist ever asked if I had an emotional problem or an eating disorder? Never”.

Victoria is 1.59 and weighs 93 kilos. So far this year lost two kilos and has been maintaining this for seven months, “which is the glory for meBut who notices it, who notices? I am used to the medical comment in relation to the body that they see, but they have an idea of ​​my physical effort, of my prohibitions when it comes to eating. It is easy to embarrass the fat man or the fat woman, with a little thing you can sink himThat is why those responsible for health should be more careful “.

With an impingement problem in her back that caused severe pain, she recently went to the orthopedic surgeon, “who without asking me what could cause the pain … he sent me to a nutritionist! What does one thing has to do with the other? There is an alarming prejudice. My back is made of kumquats and they send me on a diet … There is an infuriating simplification, a terrible handling from the psychological on the part of the doctors. It’s like saying to an alcoholic ‘Che, go ahead, put down the glass of wine and drink water. “

Anger, indignation and impotence expresses Victoria, who feels that “you already start from the basis that in the doctor’s office they treat you as a liar. They judge you by what they see, not by what I, the patient, say. Nobody believes me that I eat nuts, that I try to moderate myself, that I drink a lot of water, that I avoid carbohydrates and sweets, and that so far this year I have been cycling, boxing, tae bo, trekking and now I swim three times a week. They look at me with a sarcastic smile and they send me walking like I’m 80 years old“.

Victoria Musto at work. “Doctors understand that being overweight comes only from overeating and a sedentary lifestyle. Too obvious.”

Victoria raises her voice, who at times recognizes her tiredness. “The obviousness of the specialists is such that they only accept that my overweight is because I am out of hand with stews or sodas and they assume that all day I’m lying on the couch zapping. For them it is the only formula to reach obesity and that speaks to the level of knowledge that many possess. “And they are grateful to have strength and to get angry,” because I know many ashamed and guilty for the body they have“.

All her life, Victoria recalls, she had the weight record as a problem. She too tries not to flagellate herself by taking all the blame. “It is very hard to be fat, uh, fucking, and there is an almost complete misunderstanding, but I try to have my tools to be able to defend myself and not stone myself. Although I had times when I hated my body, with various therapies I was able to overcome it. “

At different stages of her life, due to determining factors, Victoria had pronounced weight jumps in which she gained 10 or 15 kilos and then tried to lose them with a lot of sacrifice. “So many diets, so many restrictions generate enormous mental exhaustion and frustration When the results are not in sight, as it happens this year, I dropped from 95 to 93 and for me it is a great triumph. That is why a specialist, in his medical office he exercises an asymmetric power relationship, tells me to leave the cookies without caring about anything else is an unbearable tease “.

Adventurer and athlete, Victoria Musto does (and did) boxing, tae bo, swimming and here she parachuted.

As a girlfriend for more than two years, Victoria claims to have “enough experience to have my own nutritional parameters … enough nutritionists! The fat man knows what he can and what not, it is unnecessary for them to tell him ‘Loosen up with the dulce de leche, or get up from the couch’. I like to eat, but things are rich and elaborate, such as the llama stew that my dad prepares or a lamb in butter that my boyfriend, who is a sommelier, makes. Y I try to eat less, but I don’t eat three packets of cupcakes“he quips.

She is convinced that there is a generalized rejection of the fat man and the fat woman “based on that myth that we are disgusting and repulsive, that we live stuck together and with our hands full of food scraps, and that’s fucked up, carrying that cross our whole life is a shit, but hey, there is no other choice, I just fight to stay strong, because being overweight is very fucking, and much more for a woman. I have to buy clothes in special places, triple X size and you know what it means that nothing fits … It is a blow to self-esteem“.

He returns to the thread of his tweets and says that it was “a need for catharsis before the power of the office. This time I could not swallow it, I needed to get the fight out.” Emphasize that your goal is to be “a wake-up call for those who should take care of us. Because we fat people, who have been dodging diets, exercises, restrictions and frustrations, we need urgent results to calm down, but we know that this is impossible, so from my place only register the patient; the other we already know, the body is very good“.