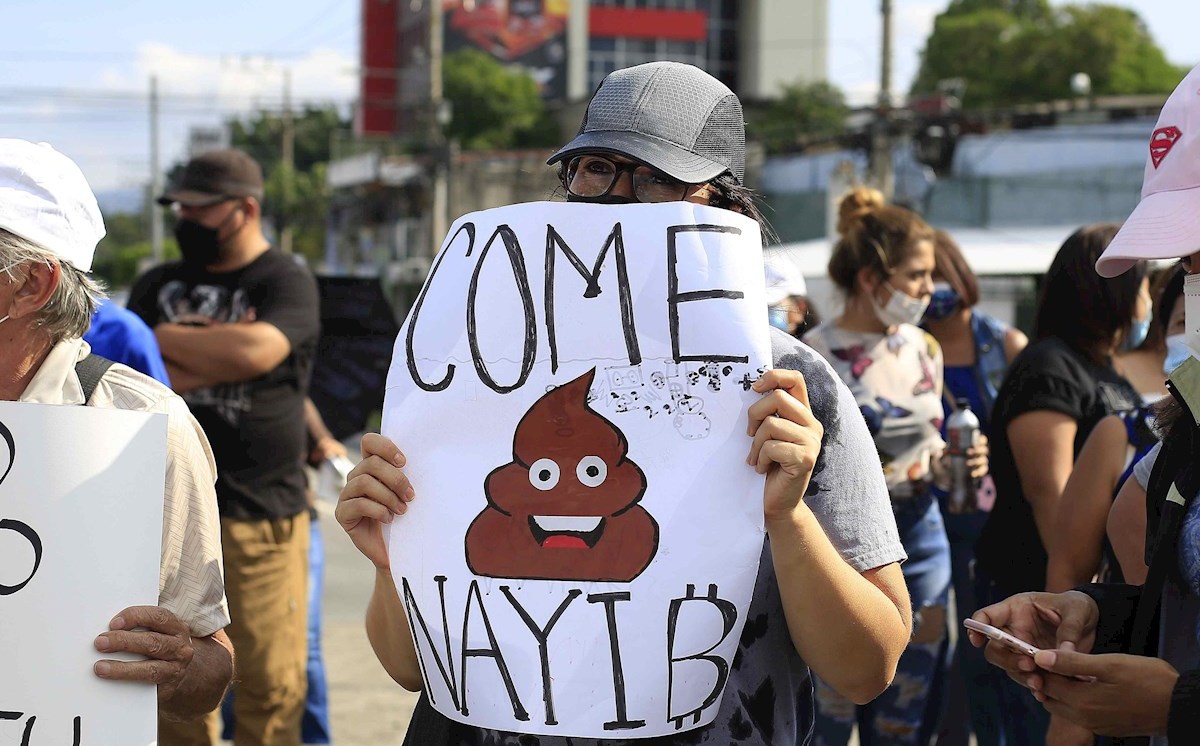 A group of citizens of El Salvador protested this day against some of the actions and decisions that the president of that country, Nayib Bukele, has taken in two years in office and urged him to “respect” the Constitution and the rule of law, this after some accused him of taking dictatorial policies .

The at least 50 Salvadorans members of the “Citizen Resistance” movement gathered in the Constitution ring, in San Salvador, with banners with different messages.

The protesters spoke out against the entry of Bukele to the Legislative Assembly with armed soldiers in February 2020, the removal of five constitutional magistrates and the attorney general last May and against the president’s recent decision to terminate an agreement for an anti-corruption commission.

In addition, they regretted the tense relationship that the Bukele government currently has with the administration of Joe Biden, in the United States, after the dismissals of the magistrates of the Supreme Court of Justice and the attorney general, a decision of the Congress, with an official majority, supported by the Salvadoran president.

For Rubén Zamora, former ambassador of El Salvador in Washington, “these last two years are characterized by a permanent conflict due to the harassment that the Executive is doing on the other two fundamental organs of the State “.

“Neither the Assembly, nor the Judicial body, nor the Prosecutor’s Office are independent, have been placed at the command of the Executive power and there can be no democracy if there is no separation of powers, “Zamora told those in attendance.

Meanwhile, the rector of the Jesuit Central American University (UCA), Andreu Oliva, pointed out that the president “has been deceiving the population since the beginning of his political career with a narrative in which he presents himself as something new and different in politics.”

“He has presented himself as the envoy of God who comes to save the people of El Salvador, when in reality in this way is manipulating the faith of the Salvadoran people and he is putting himself in a place that does not belong to him, “said Oliva.

“How is it possible that an envoy of God fosters hatred between brothers, who wants to destroy those he considers his political enemies, who has such arrogant attitudes and despises those who think differently from him?”, Added the rector of the UCA .

Bukele completed two years of his mandate on June 1 amid different accusations and local and international criticism, but with a high level of approval from the population.

Setbacks in transparency, human rights, complaints of corruption and support for actions that, in the opinion of various sectors, represent a blow to the separation of powers, are some of the allegations made to the president.

Nevertheless, 86.5 percent of Salvadorans approve of Bukele’s management In these two years, although some of the president’s actions “hurt his image before the population” but “not in a critical way”, according to a survey by the local newspaper La Prensa Gráfica (LPG).

Only 9.1 percent of those surveyed disapprove and 4.3 percent did not respond, according to the survey data.