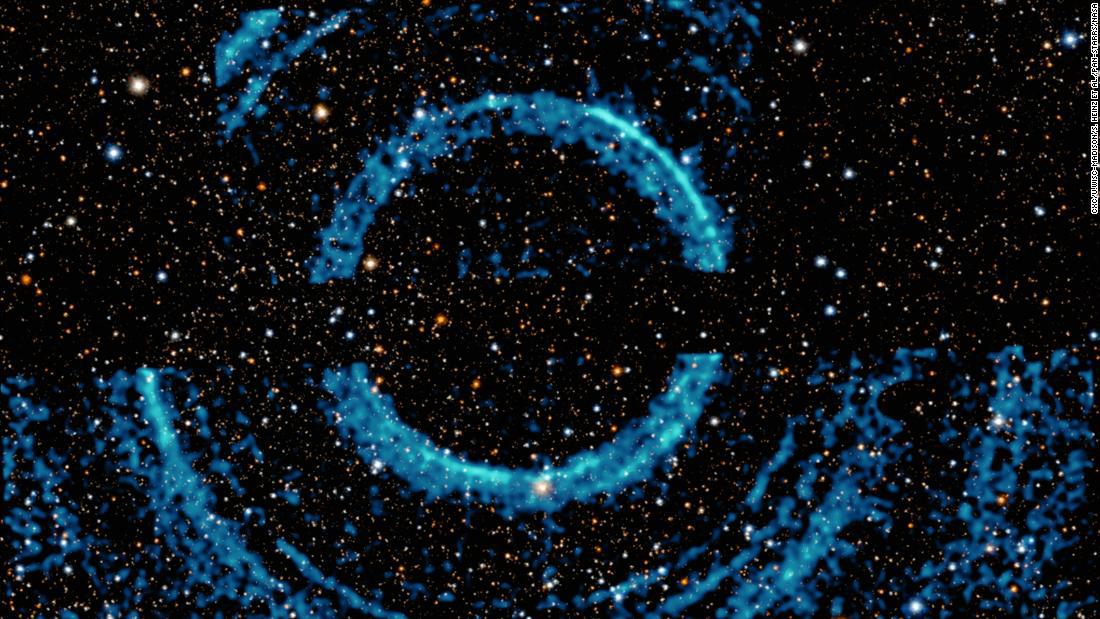 They observe spectral rings around a black hole

They detect rings around a black hole 0:58

(CNN) — Black holes are one of the last mysteries of the universe, difficult to imagine. But thanks to a recently released NASA image, we can now visualize one a little better.

The black hole exists in a binary system with a companion star, and the black hole’s gravity is pulling material away from the star and forming a disk around it.

The star-black hole system is called V404 Cygni and is located about 7,800 light-years from Earth. The star is about half the mass of our sun.

The space-based Swift Observatory launched in 2004 detected an X-ray burst from the binary system in June 2015. This burst created energetic rings that are visible in X-ray images.

The phenomenon that created the rings is the light echoes. They were created in this system when the X-ray burst from the binary system reflected off dust clouds scattered through space between the V404 Cygni system and Earth.

Space is full of dust, but it is more like smoke filled with small solid particles.

A new image released by NASA combines the X-rays observed by Chandra with data collected in optical light by the Pan-STARRS telescope in Hawaii, which fill in the surrounding stars.

Eight rings created by X-rays from the 2015 eruptions can be seen bouncing off dust clouds. These rings can help scientists better understand the black hole within the V404 Cygni system, as well as the cosmic space between the system and Earth.

The diameter of the rings allows the researchers to determine the distances of the dust clouds that were used to create the luminous rings. The larger the ring, the closer the cloud is to Earth.

Another use of X-rays

The researchers also used X-rays in a similar way to how we use them for scans in doctor’s offices or baggage scanners at the airport.

This means that they were able to use the brightness of the X-rays to determine the composition of the dust clouds based on the amount of X-rays they absorbed. The researchers discovered that the dust was likely made up of grains of graphite and silicate.

The new image is another fascinating perspective on mysterious black holes and how X-ray observatories can illuminate otherwise invisible aspects of the universe.