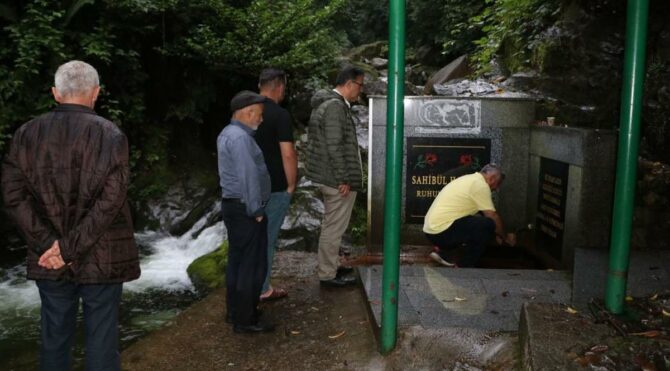 They lined up to drink the hot spring, which was found to be poisonous.

Despite all the warnings, the hot spring, which has been drunk medicinally in Rize for years, and the arsenic rate in the water is 27 times higher in the samples taken, and on which a sign is hung saying it is unhealthy. ahead. to be consumed. Some citizens, who claimed that the water was clean, responded to the posted article and lined up to drink water.

After the Küçükçayır village known as Andon, which is connected to the center, was included in the tourism destination project framework, an analysis was made to include the water known as Andon water in this destination.

In the analysis, the arsenic rate in the water was 27 times higher. A warning sign was hung on it by the teams of the Provincial Health Directorate that it is not healthy to consume water nearby. 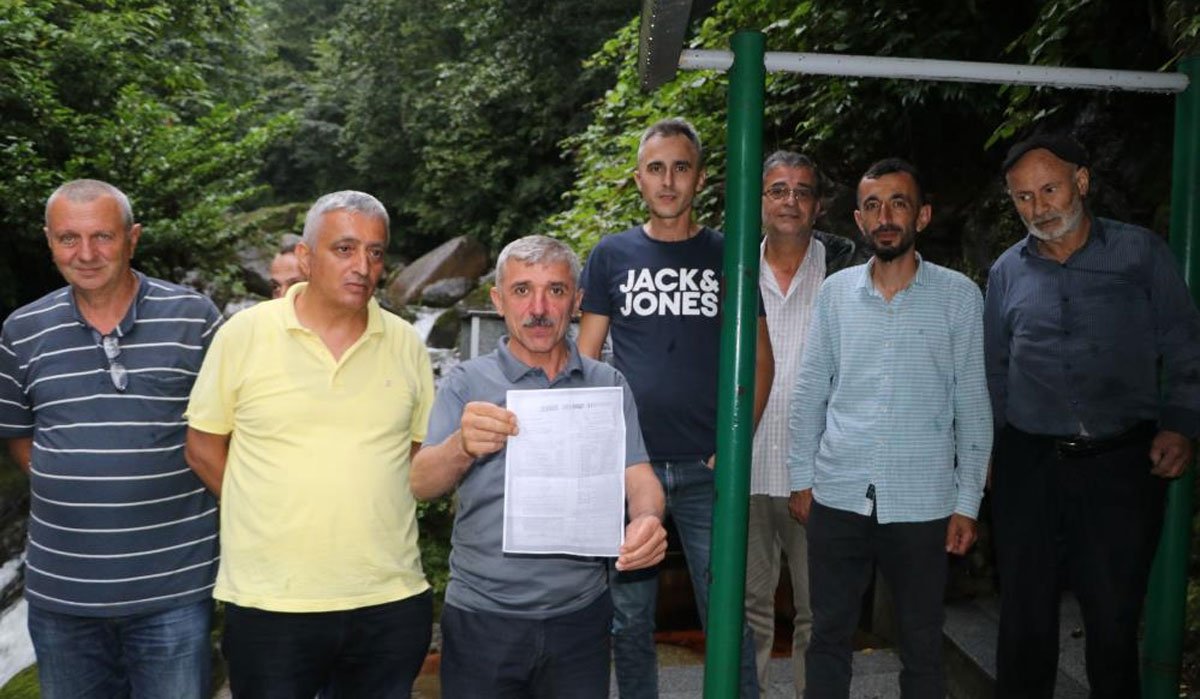 THEY RESPONDED BY DRINKING WATER

The letter “This water is not fit for health to drink”, which was posted by the Rize Provincial Health Directorate, was removed after a while by an unidentified person or persons.

While the people of the region stubbornly defended that the water known as Andon water is not poisonous and that the water that has been drunk from here for years has not harmed anyone, the citizens in the area where the water flows, showed their reactions by continuing to drink the water. 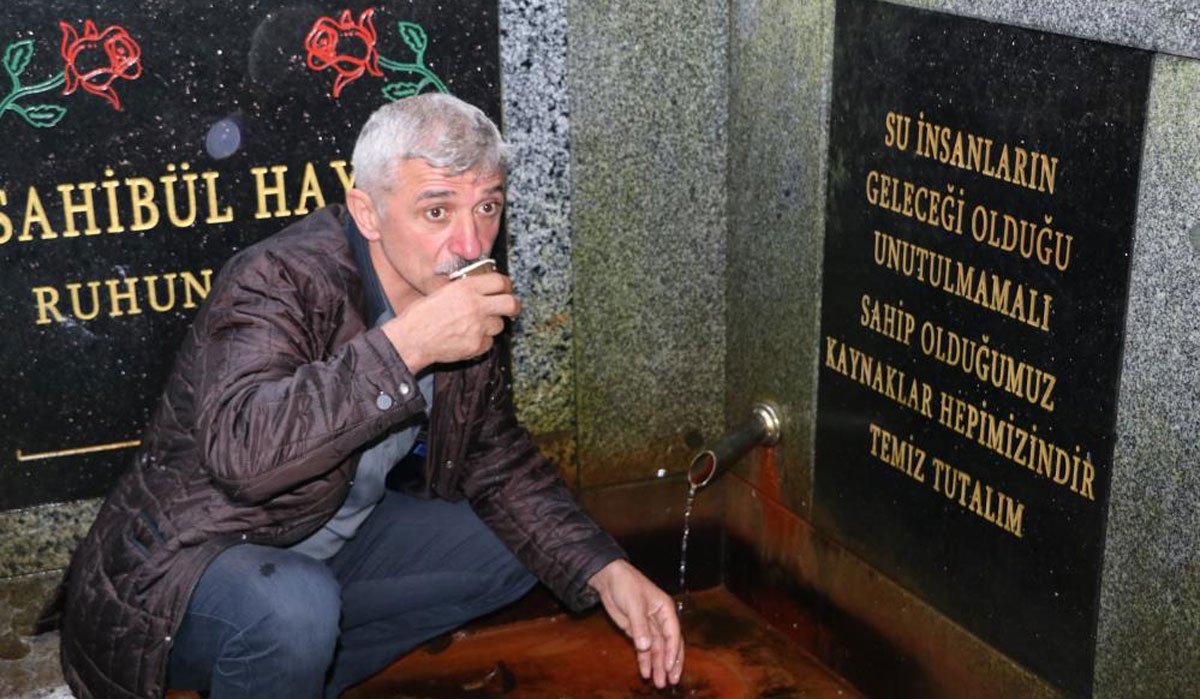 Prof. from RTEU Faculty of Fisheries, which conducts studies on water quality and pollution, and conducts research on Rize’s hot springs and surface waters. Dr. Bülent Verep warned about the hot spring water in the city. Verep said that arsenic must be taken in very high amounts to be effective in the short term: 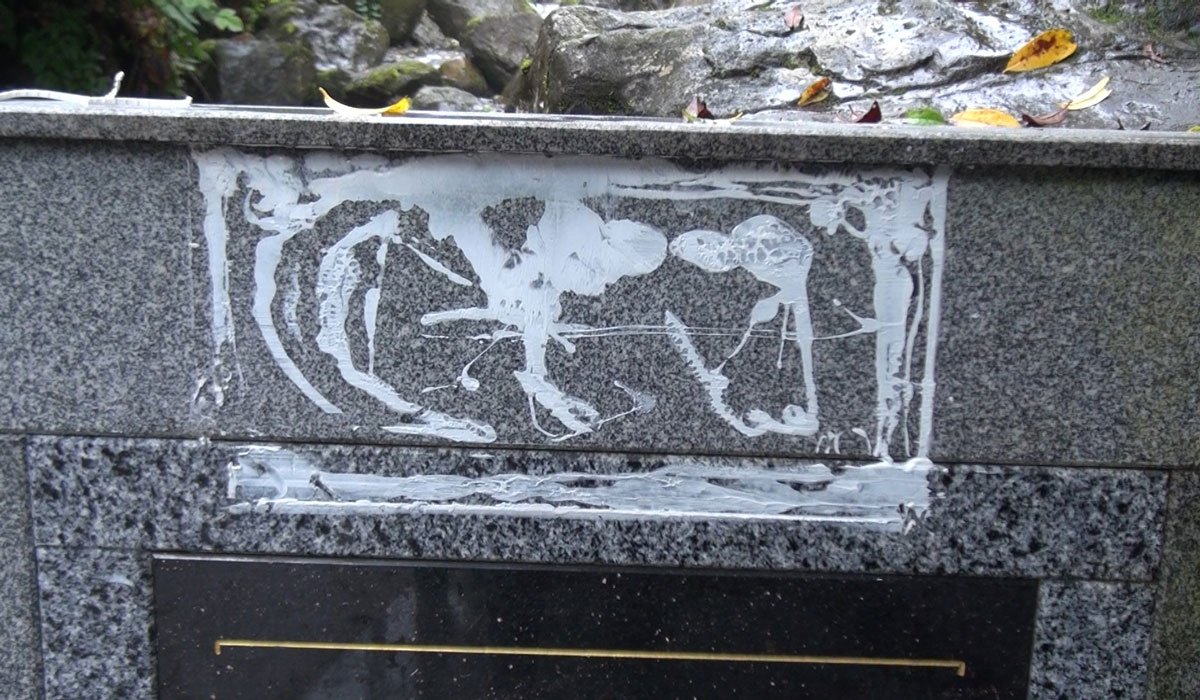 The warning sign hanging from the fountain has been removed

“Arsenic is a toxic metal. Toxic metals can have immediate and chronic effects. For arsenic to be effective in the short term, it must be taken in very high amounts. When arsenic is taken at the level of 1450 milligrams for an adult, it can be said to be a lethal level.

However, the following is seen in the analysis; If the measured value is taken as liters, approximately a person needs to drink 4-5 thousand liters of water at the same time to die by drinking hot spring water.

Since there is no such situation, it is not an important health problem for our citizens who visit the hot spring for tourist purposes to drink a glass or a liter of water.

However, we can say that it is not suitable for human health in case of prolonged use. With long-term and continuous use, arsenic can have a carcinogenic effect on human health, especially in skin cancer, and then in organs such as liver and kidneys.” 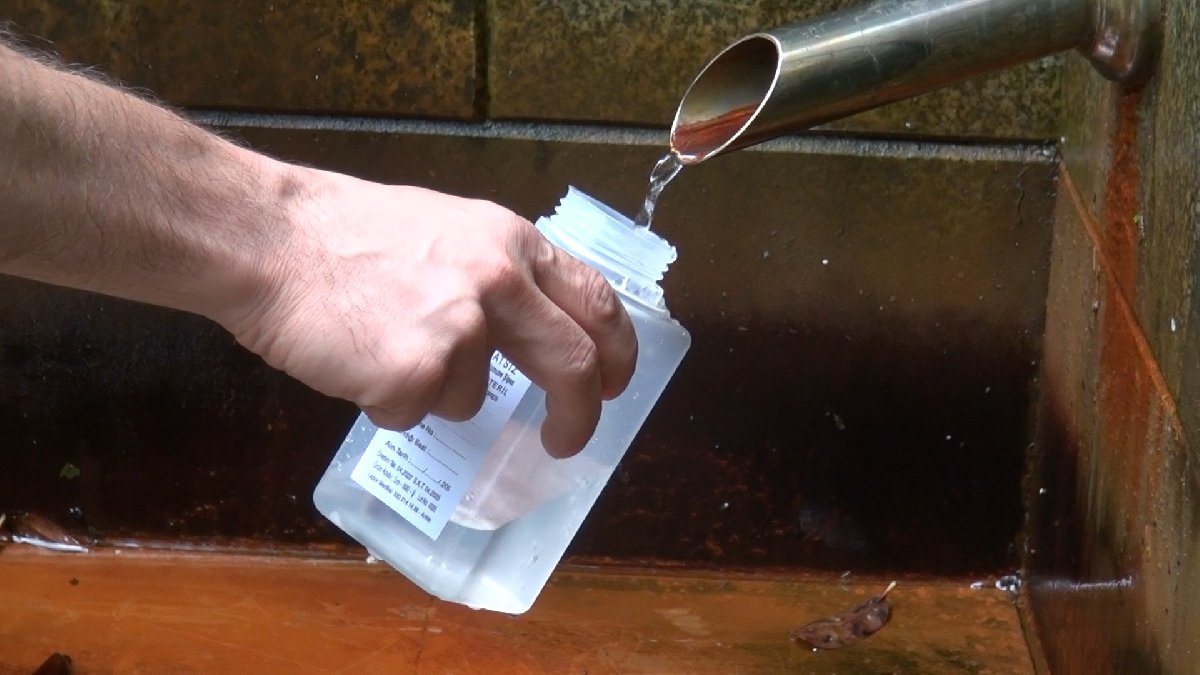 ‘WE DO NOT RECOMMEND’

In this respect, the low flow rate of the Andon hot spring has so far not been found suitable for a commercial enterprise. Therefore, we do not recommend the long-term use of Andon hot springs in terms of public health, but we can say that there is no harm in using them in low amounts. 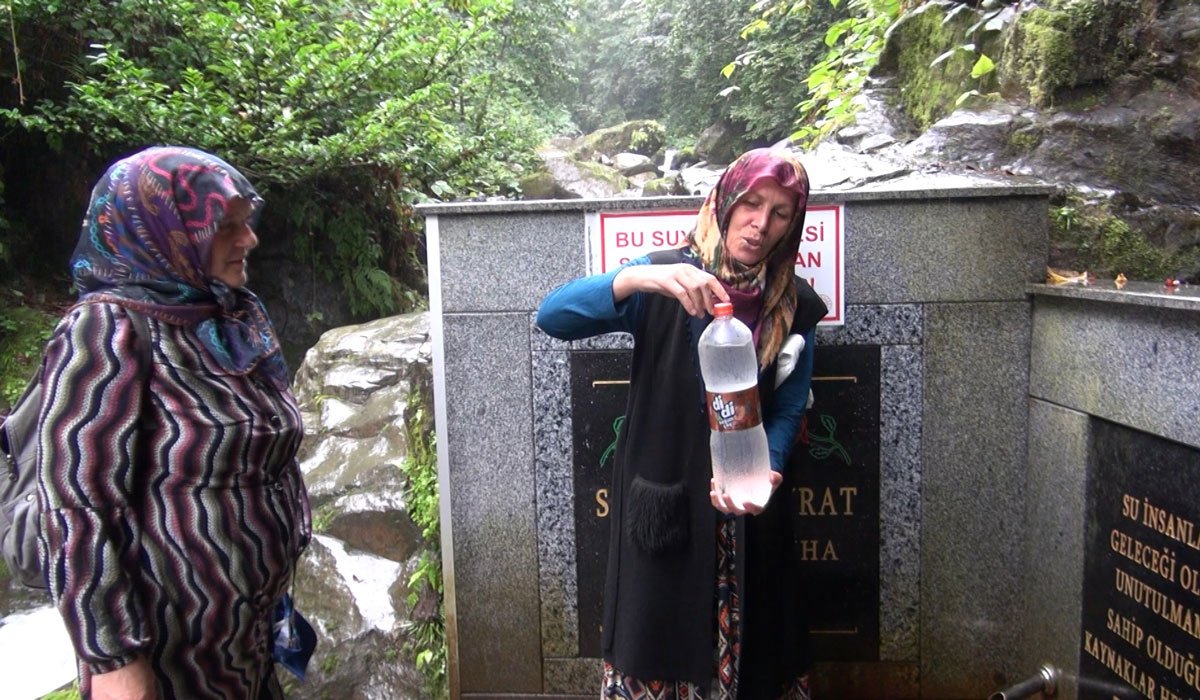 “A GAME IS GOING ON HERE, BUT WE DON’T UNDERSTAND”

See also  Video: pitched battle in the final of the Mundialito Sub 17 between Argentina and Brazil

Şemsettin Manavracı, one of the business owners in the region, said that people have been drinking the so-called ‘poisonous’ water for 150 years and that something like this had never happened before:

“It is written in the report that this water is good for kidney stones, sand and eczema. It is also written that it is good for gynecological diseases. We have been in business for 40 years. Nothing like this has ever happened. It is sad to see something like this happen suddenly.

There are people coming and going here 24 hours a day. There was a great response. Someone came to get the sign from here. We don’t know who took it. 5-10 years ago they wanted to take this place from us by putting pressure on us. We did not succumb to that pressure, and now something like this has happened.

We do not believe that there is arsenic in this water. If there is, why didn’t they tell people for 150-200 years? This water has flowed here for 150 years, no one has died here. So far we have not seen the dead or heard of the injured.

There is a game going on here, but we don’t understand it. We want the truth to come out. We do not believe that this analysis is real and we want an analysis to be carried out in another province. 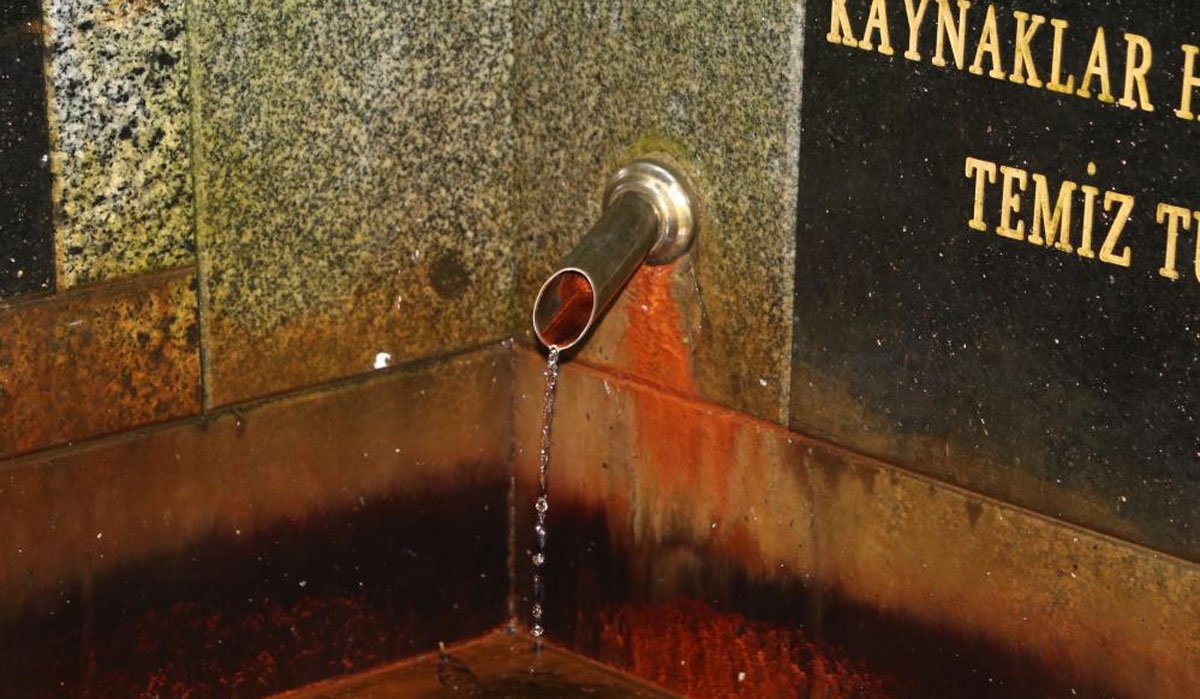 “This water was analyzed in 1972 and it was determined that there was no problem in the analysis. Now they came here and found that this water contained arsenic. We don’t believe it either. We do not demand that our streams and natural waters be touched.

There are many waters of this type that we call soda water in our region. We know that these waters bring healing to our elderly. Our elders kept drinking from this water, nothing happened until now. We think that here is an intervention for a profit.

Since there is no settlement in the future, we don’t think it can contribute. We do not demand that this water be mixed in. We want analysis from a better place and a re-examination.

When we try to take this water and bring it home from here, we know that the water here does not taste the same. We drink from this water and we continue to drink it. Local people keep drinking. People in this region are happy with this water.” (UAV) 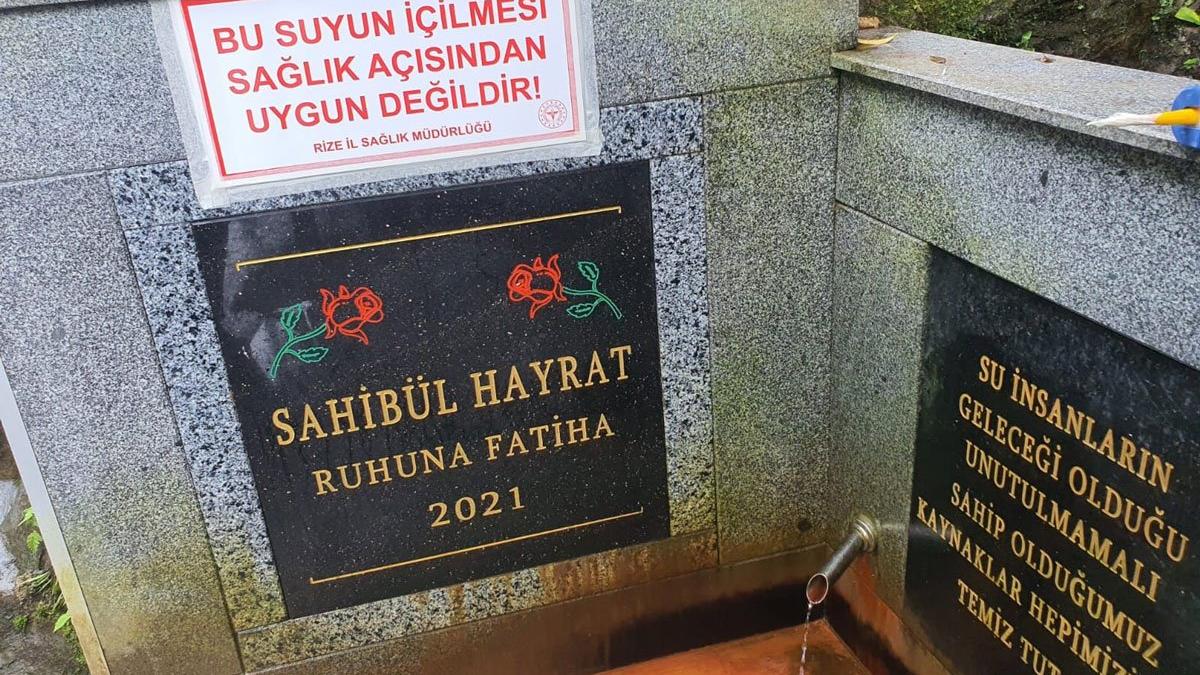