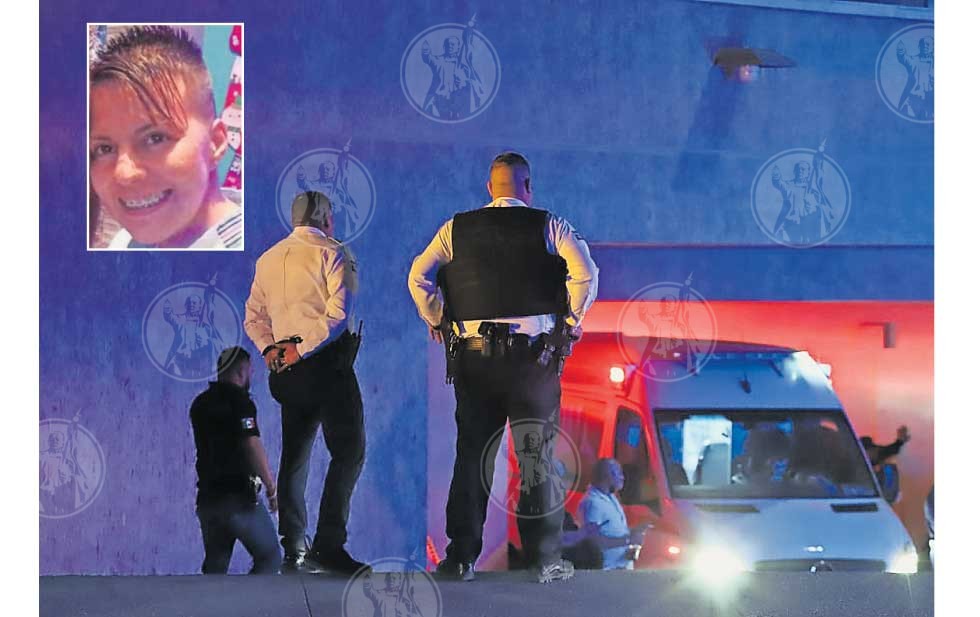 They kill a highway agent and an SSPM officer

Juarez City- Five people violently lost their lives between Saturday night and yesterday: an agent from the Municipal Public Security Secretariat (SSPM) and an officer from the General Coordination of Road Coordination, an assailant and two other people, authorities reported.

In the first event, shortly before 12:00 on Saturday night, a municipal agent was reported dead.

The SSPM officer, Gloria Elena López, was taken by her own colleagues to the Regional Hospital of Zone 66 of Social Security, after a confrontation with an assailant.

The confrontation occurred when they arrived to attend to a report of a robbery at a store located in the Kavir Desert and Zaragoza Boulevard.

There, one of the assailants was also injured, who was also taken to the same hospital and died moments after being admitted.

Minutes later, at 12:30 a.m. on Sunday, a group of people who were having beers outside the Pepe’s yonke, on the Carlos Amaya and Mijes perimeter, were approached by four armed men who arrived aboard a truck to threaten them.

“What the hell are you doing there,” the truck driver told them, who got out with a long gun and pointed it at Lorenzo Medrano, a Road Safety officer who had just come off duty.

Faced with the risk, Medrano replied “nothing, all calm”, but was immediately attacked with bullets, seriously wounded, while the gunmen left the scene in a hurry.

The wounded agent still managed to get into his black Ford Fusion car and drove to the Carlos Amaya perimeter and Cartagena Street, where he asked his companion to take the wheel. “I can’t take it anymore, you drive,” he told her, then opened the door and vanished, according to the version the woman gave to the preventive agents who initially arrived.

When they arrived at the scene, they found Lorenzo Antonio Medrano dead, who was wearing a long-sleeved shirt, navy blue pants and black tactical boots, a bullet was found in his chest, a Public Security agent mentioned.

Another violent act was recorded yesterday on José María Arteaga and Montemorelos streets in the Mariano Escobedo neighborhood, where a neighbor found the lifeless body of a man wrapped in blankets.

Police from the Central District went to the scene at 07:30 a.m. to certify the citizen report and found the lifeless body of a man who was lying on the street, a few meters from a water storage tank, owned by the Municipal Board. of Water and Sanitation (JMAS) and in front of the Rafael López Velarde primary school.

The soldiers had the support of soldiers and National Guard personnel to place yellow tapes and protect evidence.

They waited for the field experts and personnel from the Crimes Against Life Unit of the State Prosecutor’s Office to deliver the scene, which was analyzed for more than two hours.

Employees of the Forensic Medical Service collected the body with everything and blankets, put it in a van and then went to their facilities, where they will perform the necropsy of law.

Finally, among rubble, a mound of disused tires and garbage, the lifeless body of a man was found in the neighborhood Ampliación San Isidro, municipal police reported yesterday.

A couple who were walking through the property located in the streets Atra Quedó La Huella and Paseo de San Isidro found the body, which was entangled in two blankets, and reported it to the authorities through the 911 emergency number, reported a coordinator of the SSPM.

The Valle District agents found the murdered man in a vacant lot and found signs of violence on his head.

They cordoned off the scene and then notified the Unit for Crimes Against Life of the State Prosecutor’s Office in the North Zone.

With these cases, the number of homicides rose to 101.