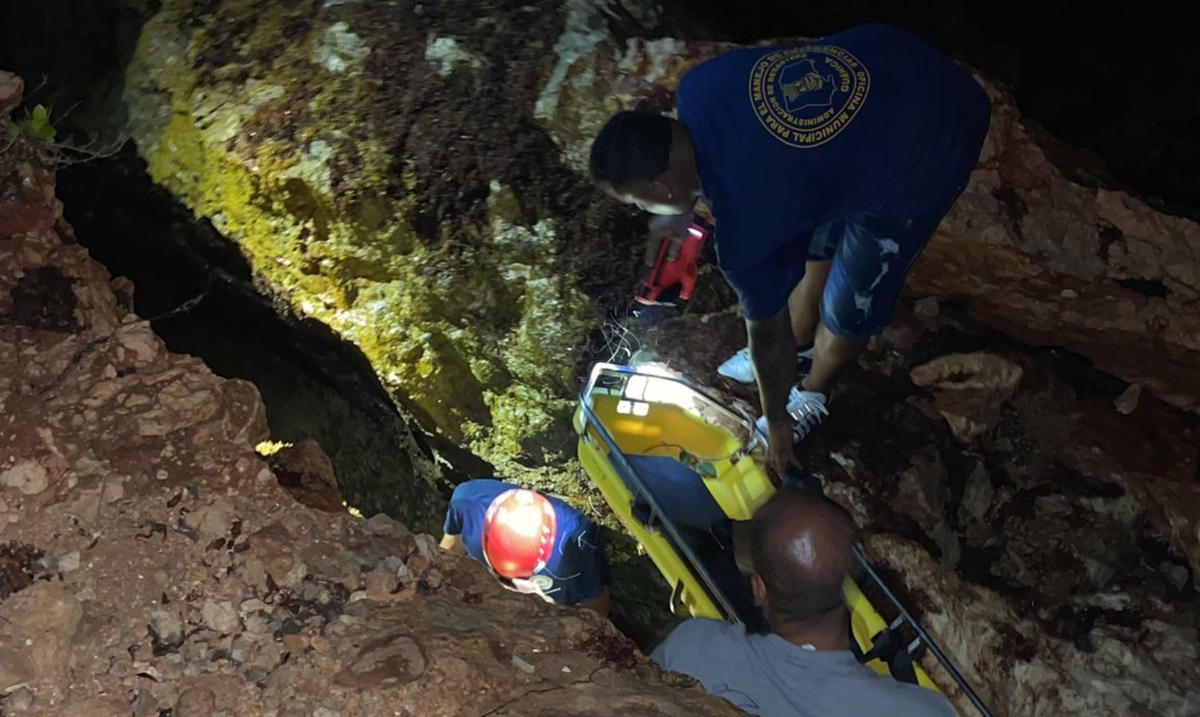 Authorities on Sunday identified the two men who drowned after the boat they were traveling in capsized in waters between Guayanilla y Yauco on Saturday afternoon.

The Bureau for Emergency Management and Disaster Administration (NMEAD) published on its Twitter account that the bodies of the two adults were found in an area of ​​difficult access on Punta Vaquero beach, in Guayanilla.

According to the police, the deceased are Romualdo Serrano Ortega52 years old, and Noel García Rivera, 41 years old. Both lived in the municipality of San Germán.

[ACTUALIZACIÓN] Divers of the Municipal Office for Emergency Management of Arecibo, members
assets of the Urban Search and Rescue Group (PRUSAR), in conjunction with the @PRPDNoticias and OMME de Ponce managed to extract the second body in Punta Vaquero in Guayanilla. pic.twitter.com/EHLYeVz86K

At around 2:31 am, the unit reported that they managed to recover the body of the second victim.

“This person was in an underground cave about 25 feet deep inside, where there is an accumulation of sargassum that prevented the body from being able to move, and the difficulty of the waves did not allow us to make a safe extraction, “he explained. kid leashNMEAD commissioner.

At the moment, the relationship between the two victims and the two young people who were also traveling on the boat and who reached the shore near Guánica using life preservers is unknown.

Earlier in the day yesterday, Ricardo Castrodadpress spokesman for the Coast Guardindicated to The new day what a vessel known as a jetboat sailed from Guayanilla with four people on board, but during the trip they suffered a mechanical problem.

“They tried to return to Guayanilla but on the way the boat’s second engine was damaged, which turned over. Two of the passengers, aged 16 and 23, reached the shore and had life preservers on, but they told the Police that the other two passengers did not have life preservers on, because they were given to the young people who reached the shore, ” Castrodad explained by telephone.

Commissioner Nino Correa addresses the media at the end of the recovery of the bodies in Punta Vaquero in Guayanilla pic.twitter.com/kwcQExjTxN

Castrodad added that the two young men who reached the shore near Guánica detained a person on a highway that took them to a Police Bureau barracks.

“When the 9-1-1 call reached us, around 4:45 pm, they told us that they received a call that originated from the boat communicating the situation before the boat turned around. In the process of the call is that the boat turnsCastrodad added.