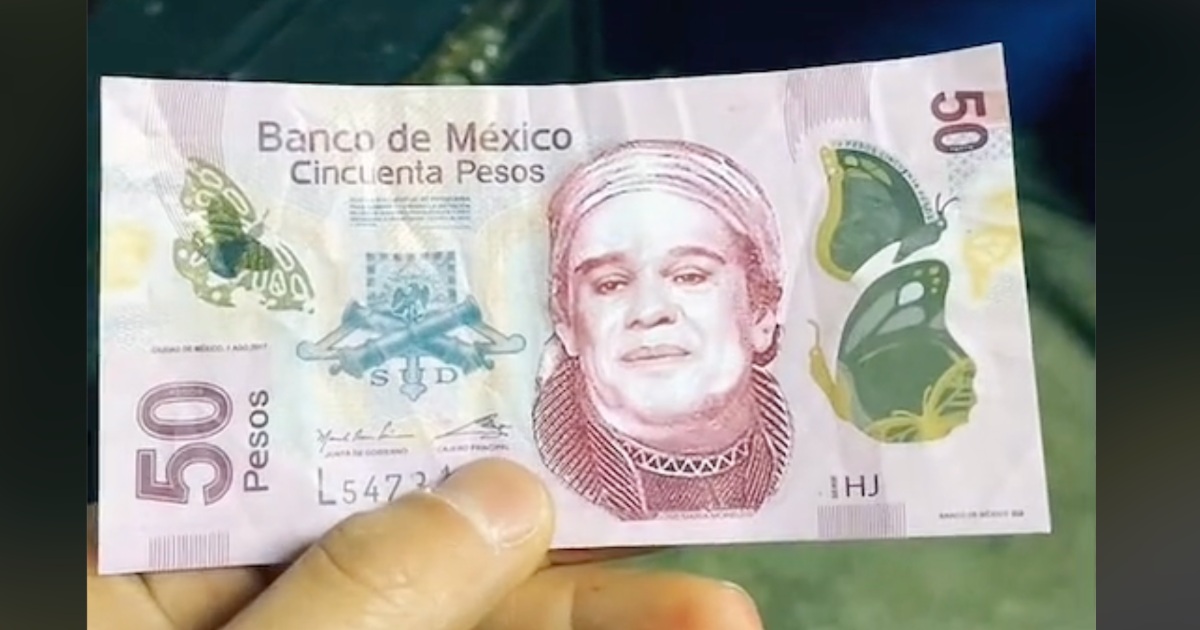 It goes viral in TikTok: they gave him a 50 peso bill with the face of Juan Gabriel

A user of the social network TikTok reported having been scammed with a 50-peso bill that instead of showing the face of José María Morelos y Pavón, has that of the Mexican musician engraved John Gabriel.

It went viral after they gave him a 50-peso bill with Juan Gabriel’s face. The question is, if there is one, how many more will be circulating? Have you already checked yours?

“Chale, gang, they just gave me a counterfeit bill. And all for not reviewing it at the moment. As I check it right now… its little windows, its butterflies… Don’t suck, this guy is Juan Gabriel! “, She exposes in the 17-second video.

This is the original model:

How to know if a bill is counterfeit by rubbing it?

If the folio is scratched off a ticket, the moment will come when it begins to be erased and not because of this fact should it be classified as a false piece. Scratching any part of a bill is a way of mistreating it and not of verifying it.

Suspecting that you meet a counterfeit billa review of the Security elements.

This will prevent you from resorting to popular “methods” that claim to check the validity of the banknotes, because according to the Bank of Mexico (Banxico), techniques such as gratedthey are not a guarantee.

Is it true that a polymer bill (20 or 50 pesos) is fake if it fades when carved?

Carving, rubbing or trying to erase a banknote is not the way to verify its authenticity, among other reasons, because it could happen that the ink is removed, even if it is authentic, and wrongly assume that it is false, when it is only a question of a damaged ticket.

For this reason, it is better to know the security elements of the banknotes, so that there are more reliable elements to authenticate them.

If you doubt the authenticity of a bill, it is advisable to take it to any bank branch to have it checked free of charge.