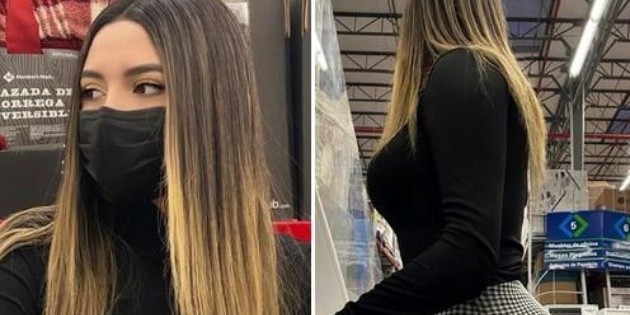 “They fired me for being pretty”: Saltillo employee goes viral on TikTok


The commercial chain Sam’s Club fired Fernanda, the flirtatious girl who caused a stir on TikTok and social networks with her photos, and who was an employee in one of her stores in Saltillo.

“They fired me for being pretty,” says the young woman. She is the young woman from aisle 5, the woman who drew sighs and made netizens fall in love, who began to follow her on social networks and now she has more than 260 thousand followers.

When she became known, people went to look for her at establishments in Saltillo. The commercial firm decided to terminate her employment contract, although the girl has not revealed details about it. In her video, she only commented: “They fired me for being pretty.”

The young woman, in her 20s, posted photos of her at work on her TikTok profile, causing a sensation among netizens.

“Imagine they come to Sam’s and I serve them,” he told his thousands of fans and followers on social media. In one of her posts on the short video platform, Fernanda announced that the chain of self-service stores fired her and asked her followers if they wanted to know the story of how it happened, after being viral for the publication made.

The young woman commented: “I don’t like gossip…ah, but how it entertains me.” Sam’s Club Saltillo fired Fernanda for the video she posted on TikTok and it went viral on social networks and the media.

See also  Jaguar released in Argentina to save endangered species