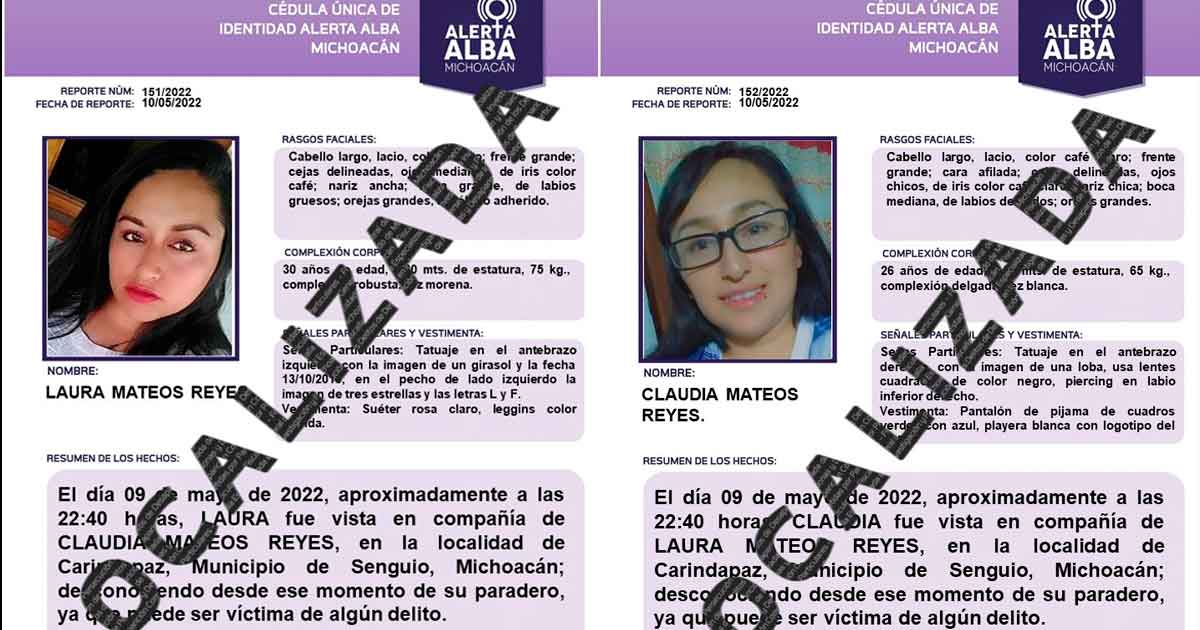 They find bodies of sisters kidnapped by command in Senguio, Michoacán

Two women who were lifted by a Armed grouplast Monday in the municipality of Senguio, Michoacán, They were found dead in a community in the Mexico state.

It was reported that sisters Laura M., 30 years old and Claudia M., 26 years oldwere taken from their home in the community of Carindapaz in the municipality of Senguiothe previous Monday, shortly before midnight.

His relatives went to the Attorney General of the State of Michoacán, to report plagiarism, immediately activated the Alba Alert and the corresponding procedures.

But on Wednesday it was reported that the bodies of the two sisters were found in the community of San José del Rincón, in the State of Mexico, on the border with Michoacán.

The FGE despite activating the alert for their disappearance, he only reported the lifeless location of the women.