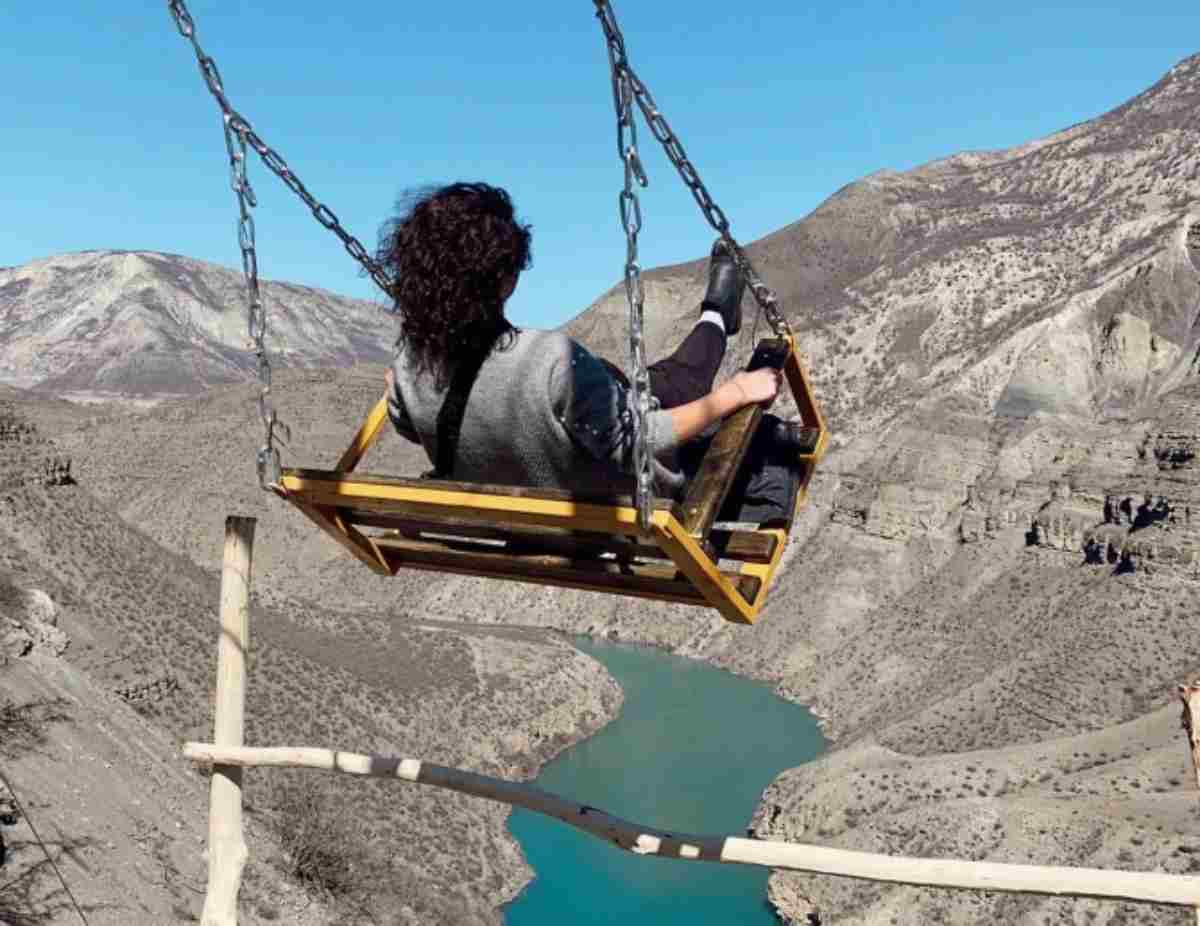 The movie that is shooting on the web is really chilling, where two young women are being thrown from a swing on the edge of a cliff almost 2000 meters high.

The two women were on the Wet Canyon, in the Republic of Dagestan, when a cable holding the chair suddenly broke.

Fortunately, both girls landed on a narrow platform which is located just below the edge of the cliff: otherwise they would not have had a chance.

READ ALSO => Tragic accident in an amusement park, 13 year old dies. The father is not there: “He could have been saved”

Shock aside, the girls – both Russian nationals – reported alone some cuts and bruises.

The police are launching an investigation and have also arranged security checks on similar swings that are nearby, where the canyon is very deep.

Now many are demanding that the swings be removed

“The girls did scared and they suffered scratches, but none of them were seriously injured, ”a source told Komsomolskaya Pravda.

“It’s chilling to imagine what might have happened if they were slip when the swings were at their maximum height, ”the newspaper added.

Kazbekovsky’s local council therefore demanded that all swings that are near the edge of the cliff come removed, as the Sun also reports.

Sulak Gorge is deeper than the Grand Canyon in the United States and is described as the deepest canyon in Europe.

The Ministry of Tourism in Dagestan said the swing “Did not meet safety standards”, and it is precisely this aspect that caused the accident.

The swings have become very popular among tourists from Dagestan, a Russian region overlooking the Caspian Sea.