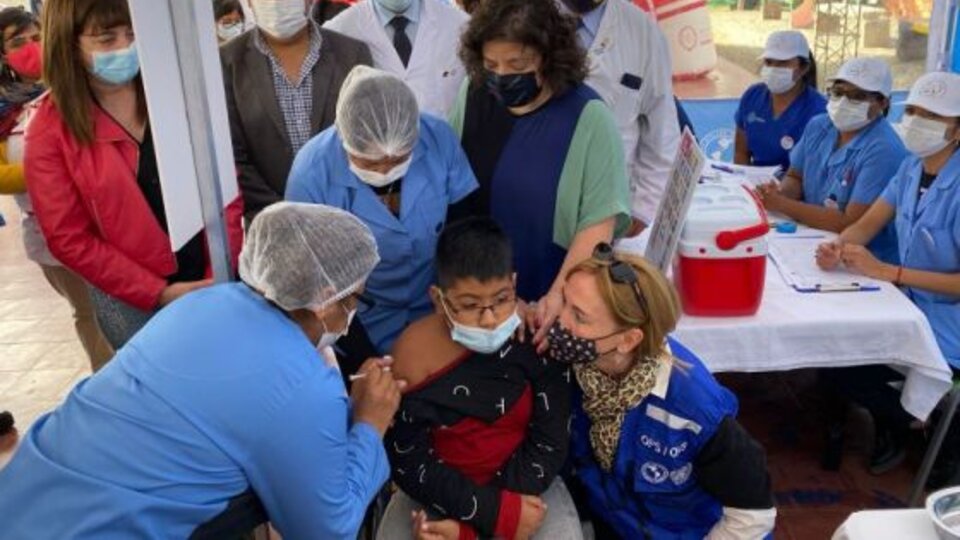 They expect a resurgence of covid cases between the end of autumn and winter | Vizzotti affirmed that if Argentina overcame it, it was “thanks to the vaccines”

At the close of the Vaccination Week of the Americas which took place at the Domingo Faustino Sarmiento school, .lhbvbbbn ,l.ñ- de Animaná, in the department of Cafayate, the Minister of Health of the Nation, Carla Vizzotti, indicated that In the remainder of autumn and winter, a resurgence of covid-19 cases is expected. However, he affirmed that the prevention granted by the vaccine against covid-19 can generate a decrease in the aggravation of infections.

“82 percent of the Argentine population has the complete vaccination schedule”, The minister highlighted when arguing that if the country was able to overcome the pandemic, it was thanks to vaccination and the effort of those who acted in preventive actions.

At this point, the fact that the province has achieved extensive coverage was highlighted thanks to the work of health agents who traveled significant distances, with various obstacles, either because of the roads or because of the weather they had to face. “It’s not surprising because we know how they work in Salta, but it is still exciting,” added the official.

Making an evaluation of the actions that had to be taken during the toughest time of the pandemic, Vizzotti maintained that “from a personal point of view, it was the greatest responsibility of our lives without a doubt.” He clarified that with the vaccine against covid-19 the so-called “herd immunity is not achieved because it does not last forever”, and although immunization will allow the drop in cases, it could never reach zero, as happens with diseases such as the measles.

Like the infectologist Pedro Cahn during his visit to Salta, Vizzotti recommended continuing the use of the chinstrap As a preventive measure, even if this is not mandatory, not only to prevent covid, but also the flu that begins to manifest itself in this season.

Regarding the possibility that the SARS-CoV-2 virus becomes seasonal in circulation like many others, the minister indicated that this path is still being followed to observe the behavior of the numbers with the onset of cold. She referred that the trend of increase in cases must reach low percentages to be able to affirm that “we are endemic.”

This Friday, 3 new cases of covid-19 were reported in the province, all laboratory confirmed. Two were registered in the Capital and one in General Güemes.

In that period, 5 outpatient consultations were received for symptoms compatible with covid-19.

Since the start of the pandemic, there have been 154,273 confirmed positives in the province, of which 150,585 have already recovered, which represents 98 percent.

There are 22 patients hospitalized in intensive care units and 15 with mechanical ventilation.