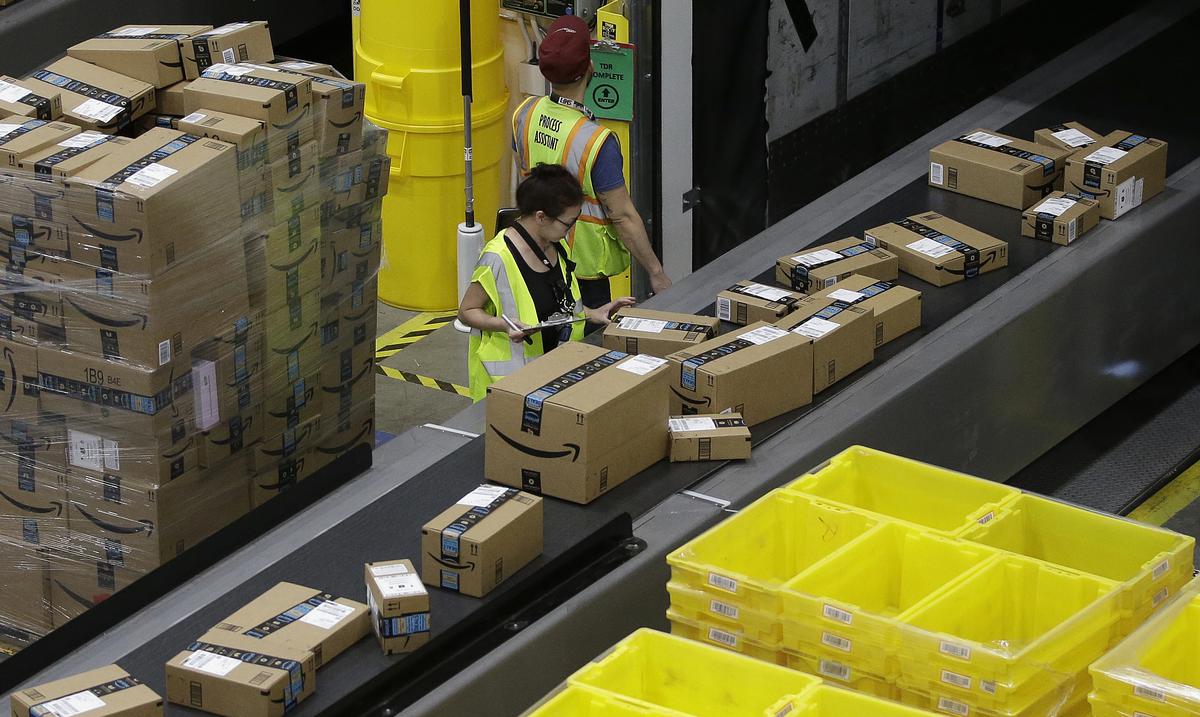 They disclose the worst workplaces in the United States

LOS ANGELES — A candle company in Kentucky that killed nine workers and a food processing plant in Georgia that killed six are listed in the 2021 “Dirty Dozen” report, which ranked the worst workplaces in United States in the second year of the pandemic and that includes Amazon and Starbucks.

The National Council for Occupational Safety and Health (National COSH) revealed this Wednesday its “Dirty Dozen” report, in which it listed the 12 companies that failed to implement workplace safety laws to protect their employees in 2021, a year marked by the pandemic but which also registered several work accidents.

The list includes Mayfield Consumer Products, a candle factory in Kentucky that recorded 9 deaths and dozens of injuries among its employees, mostly Latino immigrants, when a series of tornadoes hit Mayfield last December.

The report highlights that “Several workers reported that Mayfield managers ordered them to stay on the premises when the first tornado warnings occurred, or else they risked termination.”

Martínez assured that the fact that the workers had to choose between staying or losing wages “means that there was no preparation plan or it was not being followed.”

The report warns that it is “imperative” that employers prepare in advance for tornadoes and other natural disasters, especially in a rapidly accelerating era of climate change and extreme weather.

Another example of the lack of prevention against climate risks is that of Sebastián Francisco Pérez, a 38-year-old Guatemalan immigrant who died on June 26, 2021 when he was installing irrigation pipes in Ernst Nursery and Farms en St. Paul, Oregónwhen the temperature reached a maximum of 105 degrees.

An Ernst Nursery official tried to argue with the Oregon authorities “that common sense should be considered, that the employee be responsible for how much he demands of his body,” the report reveals.

The six deaths that caused protests

The tragedy of January 28, 2021, which is considered one of the worst incidents that occurred in this industry in the city of Gainesville, known as the “chicken capital”, caused protests from Hispanic organizations and unions that demanded measures to protect chickens. workers.

The accident occurred when Foundation Food Group owned the group and was fined, but last October Gold Creek Foods bought “the assets but not the liabilities” of that company.

Among the workers killed last year are Jordan Romero and Juan Carlos Figueroa Gutiérrez, who died when they were hit by a truck in February 2021 while working for Atlantic Coast Utilities en Boston.

COSH warned that preventing traffic accidents on a busy construction site “is a core safety function for any responsible employer.”

The “Dirty Dozen” list also includes Amazon, which recorded two Bessemer, Alabama warehouse worker deaths., in a six-hour period last November. The company has refused to reveal the names of the deceased.

“Amazon cares more about packages and robots than about their human workers like me,” Jennifer Bates, a worker and union leader at the Bessemer warehouse, said today.

Not all of these companies have seen worker deaths. Roger Kerson of National COSH explained that the list also included companies that expose their employees to diseases and occupational risks.

Sandra Mejía, former worker and union leader of Liox Cleaners in New York, reported that the working conditions were “very difficult” since the summers in the industrial laundry “were suffocating and there was not much ventilation” and in winter “they were very cold” .

“There were even two fires. The first time the fire extinguisher didn’t work and the exits were blocked. The work itself was also dangerous. We had to provide our own gloves and on several occasions one of my colleagues pricked herself with used syringes that were found in her clothes,” Mejía deepened.

The report also highlighted that the political response to COVID-19 is “stalled” and highlighted that after two years of the pandemic, the Occupational Safety and Health Administration (OSHA) does not have a standard to protect all workers from covid-19 infections. 19 and there are no plans to create one.

Despite the enormous and deadly impact of COVID-19 on workers and people of color, both the government and the private sector have responded in fits and starts, failing to provide and enforce protections that can reduce deaths and save lives.