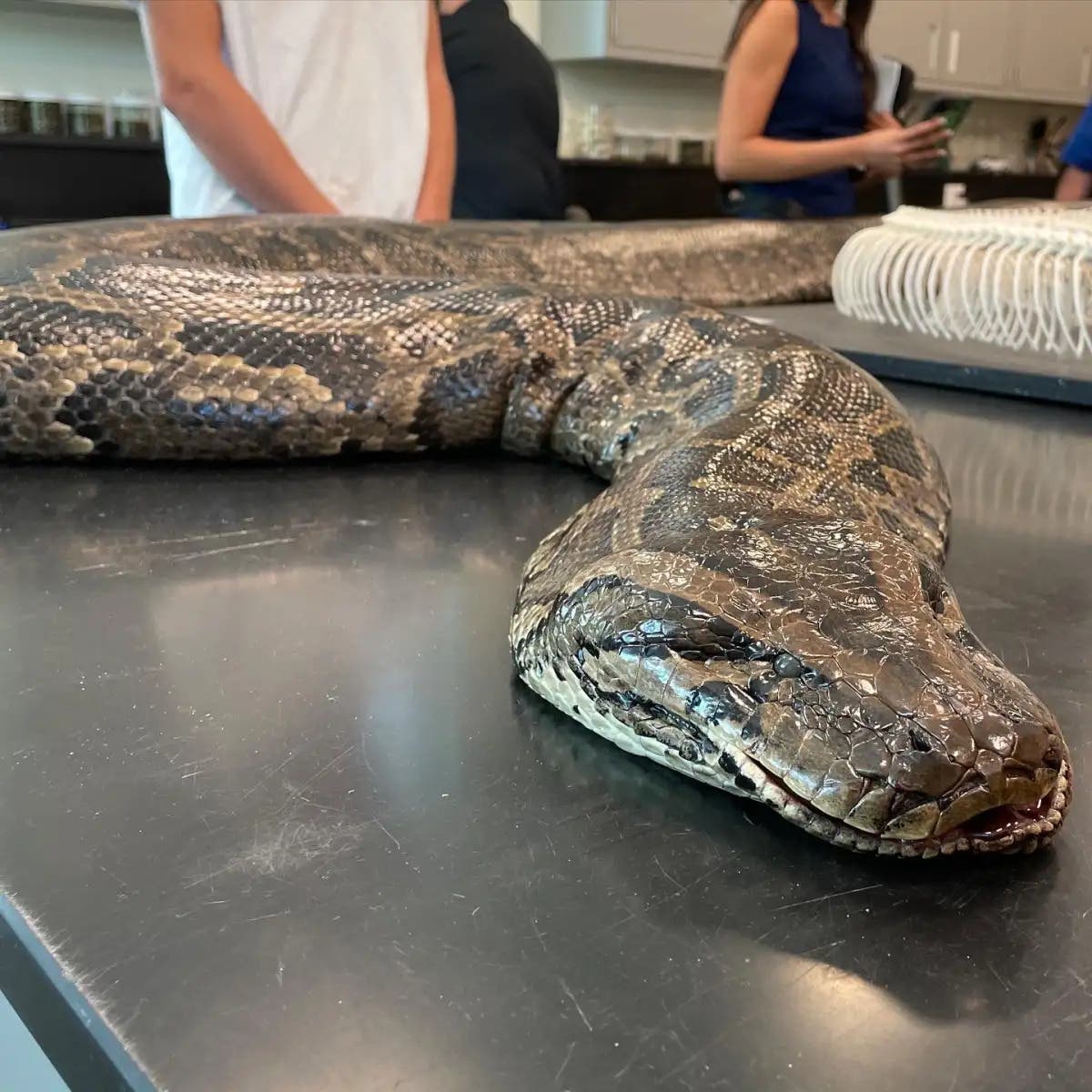 They capture 18-foot python, the largest found so far

A team of Florida biologists captured a giant female Burmese python almost 18 feet long (5.49 meters) and 215 pounds (97 kilos) in the Everglades wetlandthe largest catch to date in this southern US state.

This was announced on Wednesday by The Conservancy of Southwest Florida, the environmental organization in which the team of wildlife biologists who “recently discovered and captured the python” work.

When performing a necropsy on this invasive species, experts discovered that it stored 122 eggs in its abdomenalso setting another new record for the number of eggs a python can produce in its breeding cycle.

Additionally, an evaluation of the snake’s digestive contents found “hoof cores,” determining that an adult deera primary food source for the endangered Florida panther, it was the snake’s last meal.

The location was carried out thanks to the research program of this organization, which uses radio transmitters implanted in male snakes, called “explorers”, in order to “understand the movements of the python and its reproductive behaviors”.

These “explorer” snakes lead biologists to the “large reproductive females”, allowing the “elimination” of these and their eggs.

How do you find the needle in the haystack? You could use a magnet, and similarly, our male scout snakes are attracted to larger females,” Ian Bartoszek, a wildlife biologist and environmental sciences project manager for the Conservancy of Southwest Florida, said in a statement.

Thus, this season the skiesScientists tracked down a male scout snake named “Dionysus” to a region west of the Everglades wetland, which he frequented for several weeks. “We knew he was there for a reason, and the team found him with the largest female we’ve seen to date,” Bartoszek said.

Team biologist Ian Easterling and project assistant Kyle Findley helped capture the record-sized female and hauled her through the woods to the truck.

The discovery, which was recently documented by National Geographichighlights the continuing impact of this invasive species on the habitat of native animals, a species known for its rapid reproduction and threat to surrounding native wildlife.

The eradication of female pythons plays a critical role in disrupting the reproductive cycle of these predators that are wreaking havoc on the Everglades ecosystem and consuming the food sources of other native species, Bartoszek warned.

The Burmese python is an invasive species that finds no natural predators in the Everglades wetland ecosystem, the largest in North America.

In Florida, the possession and sale of this type of reptiles as pets is prohibited and their importation is not allowed throughout the country..

Burmese pythons are believed to have entered the Everglades by being released on purpose by people who kept them as pets or inadvertently following Hurricane Andrew in 1992.