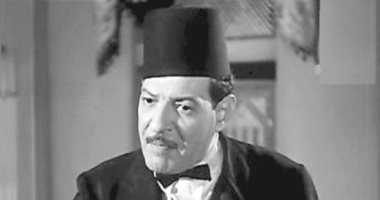 They asked him for food.. when Rihani wanted to put poison in the drinks of his band members

The great artist Najib Al-Rihani had a lightness of shadow and presence in his ordinary life as he was on the stage and in his comedic works that have lived over generations, and a sense of humor, humor and funny situations prevailed between him and the members of his band, which included a number of giants of art and comedy, including Mary Mounib, Zeinat Sedky and Siraj Mounir. Mimi, Zouz Shakib, Abdel-Fattah Al-Qasry and others.

Among these situations when the Rihani band presented an old novel, the first scene included a large table where the artists participating in the show sat as if they were eating food, and the last chapter of this play included a scene in which the participants took a poisoned drink according to the events of the novel.

The food served in the first scene of the play was an accessory made of plaster. One day, the artists participating in the show wanted to make Rihani serve them real food during the scene, so they stipulated that they would not go up to the stage and would not perform their roles unless Rihani bought real food to eat. And that they choose these items, and Al-Rihani agreed.

The great artist said with malice and a desire to evade in his humorous way, “Ok, I agree, and since you want me to offer you real food in the first chapter, I also have to give you real poison in the last chapter, and you agree to my request, I will accept your request.”

Here, the artists participating in the play laughed and gave up their request after Al-Rihani managed to avoid buying food in a smart way.