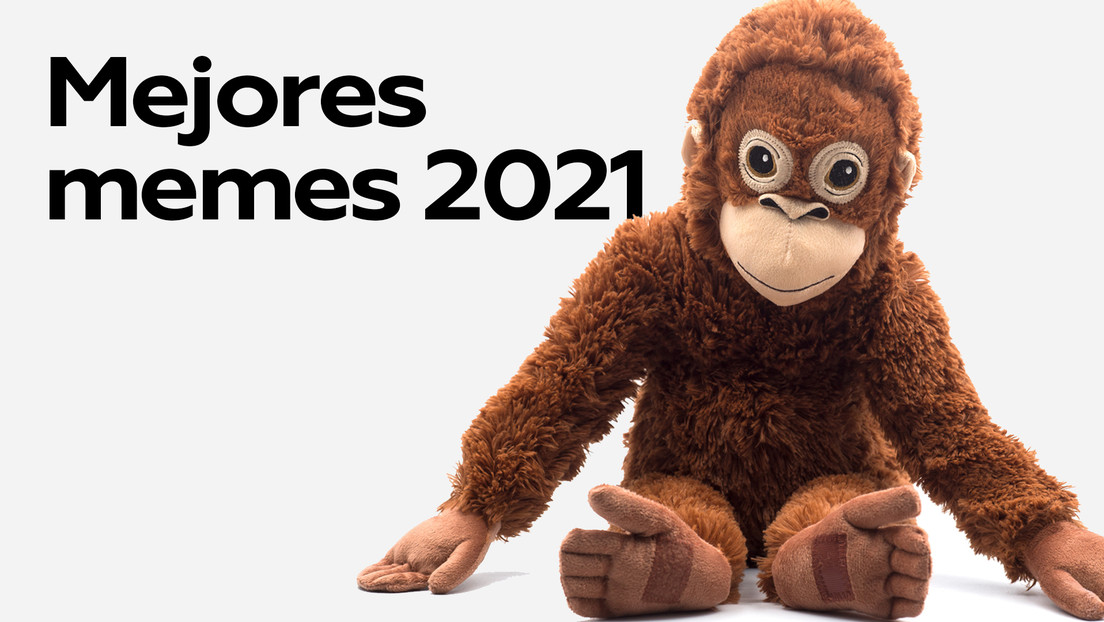 These were the best and funniest memes of 2021: which one of them made you laugh the most?

Despite the fact that restrictions due to the coronavirus pandemic still persist, this year the networks did not disappoint and users showed their best skills when it comes to creating hilarious content.

Even though restrictions from the coronavirus pandemic still persist in many parts of the world, this year had its share of hilarious memes that became some constant sources of joy for most netizens. Today we take a look at the best the internet left behind, which we loved to laugh with and share with in 2021.

This meme, which quickly went viral on social networks, consisted of a photograph, usually of a famous person, with a negative light effect, accompanied by a phrase or extract from a song by the character, but inverting the meaning of the words so that all together it will show your ‘evil’ or ‘opposite’ side.

Traumatized Mr. Incredible refers to a series of comparative memes based on two images of the famous Disney Pixar superhero Mr. Incredible, one of which is official ‘Incredibles 2’ art and the other is a white version and black with an effect that gives the expression of a man experiencing emotional pain.

This popular image, also known as ‘the bus meme’ pokes fun at both ways a situation can be taken, showing passengers on either side of the vehicle, one very excited and the other concerned as they look out the window. Internet users have ingeniously applied the meme to all kinds of situations, some of which are quite comical.

On the one hand, Lupe is part of a collection of soft toys called DJUNGELSKOG, belonging to the Swedish company IKEA. On the other hand, Joakin was a doll from the Carl Dick Company. The characters were baptized by some creative Internet user, who in turn placed them in the middle of conversations in which they discussed and questioned various topics, always reaching the same conclusion: “Oh, no.”

After a great year for Spiderman lovers, the memes about the arachnid superhero are still in full swing. One of the most popular is the one that shows the sad scene, from the second installment of this saga, where Mary Jane confesses to Peter Parker (Tobey Maguire) that she is getting married, leaving him sad and confused.

The meme was born when Internet users decided to modify the dialogues of the scene in question, putting a conversation in which something is said that does not want to be heard and before which, the answer always leaves Peter devastated.

In 2021 TikTok was the source of one of the best memes thanks to the audio of Juan Carlos, where a boy named Mateo said the following phrase that quickly went viral: “I don’t understand anything because here is the spirit … Hello Juan Carlos, how Are you sucker? I’m going to kill you when you come. “

This audio was born thanks to an uncle of Mateo who bothered him with the subject of ghosts. Although the original recording began to travel the Internet in 2019, it was this year when a little dog named ‘Muñeco’ caused the ‘Hola Juan Carlos’ to go viral throughout Latin America.

Another meme that became popular thanks to TikTok was that of ‘Tilín’, a boy who offers to dance in exchange for a sol (currency used in Peru) given to him by a subject, who in addition to recording the child encourages him by saying “That Tilín, go Tilín, wow Tilín”.

Peruvian media indicated that the boy was actually dancing the “Danza de la Tijera,” a typical dance from the central Peruvian Andes that children are taught at school.

The boy of the OXXO

Undoubtedly one of the most popular memes came from the video starring ‘El Niño del Oxxo’, which shows the young cashier and his mischievous reaction when he saw the purchase of one of his clients.

This meme has as its main character a funny monkey, who sarcastically questions himself in various situations, from quite simple things such as the lack of desire to work or even dieting to situations with work or family, this ingenious meme has given him the back to the Net while managing to make different Internet users identify with his phrases.

An iconic scene that occurs in the movie ‘Star Wars: Episode II – Attack of the Clones’, directed by George Lucas in 2002, this year became a viral meme around the world. The adaptations that Internet users have made have to do with an expression that the characters have, where Padme changes her attitude while repeating the same phrase when seeing Anakin Skywalker’s reaction.

Since WandaVision (2021) was released, the character of Agatha Harkness, played by Kathryn Hahn, has stolen the affection of the public and not only that, it also became a meme.

This is in reference to the scene in which Agatha appears winking, which was taken from the third episode of the series, ‘Now in Color’ and has been the subject of many memes on the Internet, especially related to the pandemic.

The photograph taken of the US Senator during the inauguration of President Joe Biden quickly activated an army of internet creatives that turned it into hundreds of memes. Sanders, who is shown sitting idly by in a thick coat, knitted gloves and his mask, has featured in hundreds of memorable movie scenes.

The memes of ‘The Squid Game’

The South Korean series topped the list of the most watched on Netflix this year. Likewise, it was a great source of material for ingenious Internet users to unleash their creativity, from which no one could escape, even those who did not follow the series.