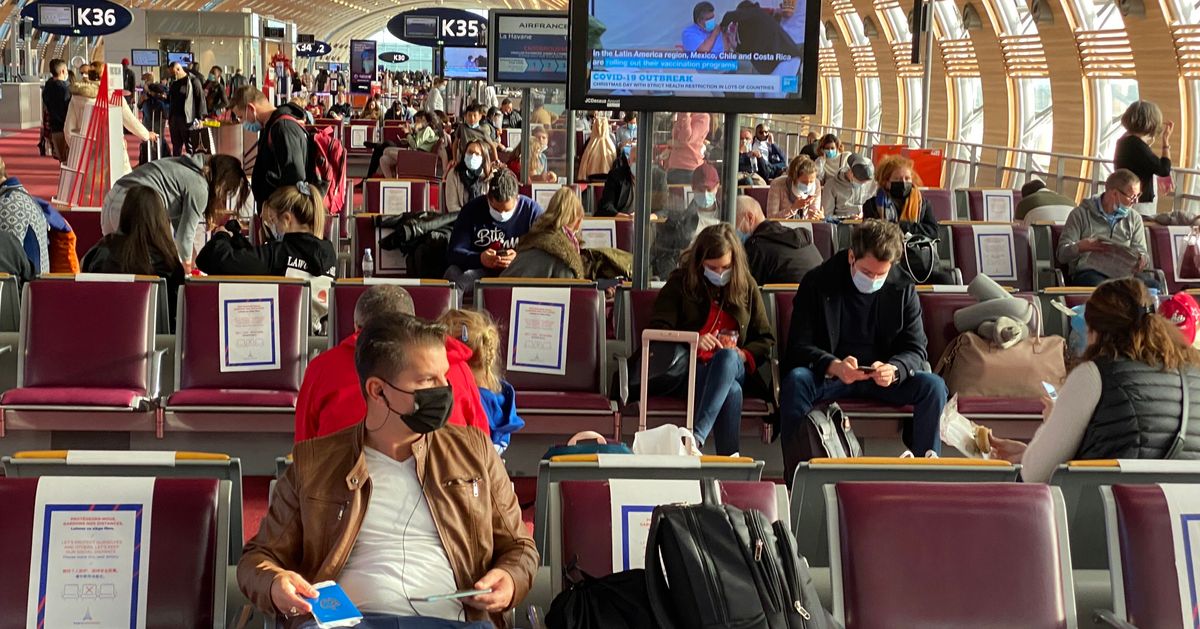 Passengers in the waiting room occupying every other seat at Roissy airport, in Paris, France, December 26, 2020.

TOURISM – Notice to tourists planning to start traveling again this summer: by going abroad, you may well bring with you “super-bacteria” that have become resistant to drugs. This is what a study published this week in the scientific journal showed. Genome Medicine.

American and Dutch researchers have studied the effects of international travel on bacteria in our stomachs, analyzing the stools of 190 Dutch travelers before and after they visited parts of Africa or Asia.

Upon their return, the tests showed a “significant amount” of antimicrobial resistant genes. These genes in particular make the use of commonly used antibiotics ineffective.

The researchers also found that a third of the participants who traveled to Southeast Asia had a gene resistant to an antibiotic of “last resort”, for example to treat infections like pneumonia or meningitis.

“These results clearly show that international travel risks spreading antimicrobial resistance around the world,” said Alaric D’Souza, researcher at Washington University of Medicine in St. Louis, co-author of this work.

Decades of progress under threat

In normal times, this resistance develops naturally over several millennia, due to the exposure of bacteria to natural antibiotics. But the increased use of antibiotics by humans has accelerated this process. The study warns that this trend threatens 70 years of progress in infectious disease treatments.

According to the researchers, the resistant genes vary depending on the places visited. They were particularly concerned about travelers returning from Southeast Asia with the MCR-1 gene, resistant to colistin, a “last resort” antibiotic used when others no longer work.

See also  COVID in Germany - balance sheet on the state of knowledge - THE AXIS OF GOOD. ACHGUT.COM

“This international approach will not only help the countries in question, but it may also benefit others by reducing the international spread of resistant genes,” he concluded.

See also on The HuffPost: With the pandemic, virtual reality travel is booming