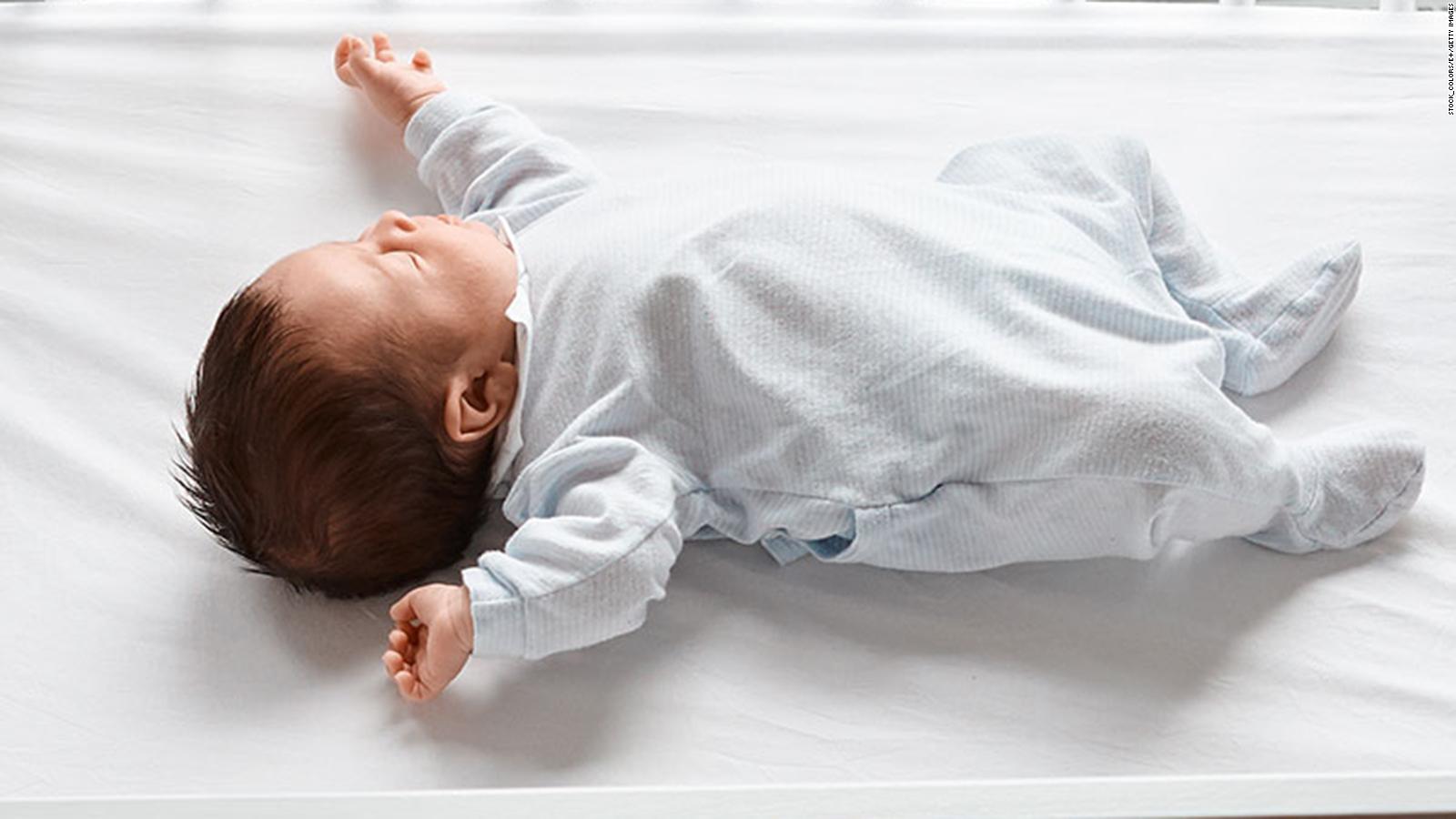 These are the safe sleep recommendations for babies

What do experts recommend for baby sleep? 0:54

(CNN) — Sharing a bed with the baby is not safe for him, under any circumstances, the American Academy of Pediatrics (AAP) stressed on Tuesday in the first update to its safe sleep guidelines for babies since 2016.

“We know that many parents choose to share a bed with a child, for example, perhaps to help with breastfeeding or because of a cultural preference or belief that it is safe,” said Dr. Rebecca Carlin, co-author of the guidelines and the technical report of the AAP Task Force on Sudden Infant Death Syndrome and the AAP Committee on Fetuses and Newborns, in a statement.

“The evidence is clear that [dormir en la misma cama] significantly increases the risk of the baby being injured or killed,” said Carlin, assistant professor of pediatrics at Columbia University Irving Medical Center. “For that reason, the AAP cannot support bed-sharing under any circumstances. “.

It’s one of the recommendations the AAP has provided to pediatricians to help stem the tide of infant sleep deaths.

Some 3,500 babies, many of whom are in socially disadvantaged communities, die each year in the United States from sleep-related infant deaths, according to the AAP.

“The rate of sudden unexpected infant deaths (SIDS) among black and American Native and Alaska Native infants was more than double and nearly triple, respectively, that of white infants (85 per 100,000 live births) in 2010 -2013,” the AAP said in a statement.

“We’ve made great strides in learning what keeps babies safe during sleep, but there’s still a lot of work to be done,” Dr. Rachel Moon, lead author of the guidelines and professor of pediatrics at the University of New York, said in a statement. of Virginia.

Sleep in the same room, but in separate beds

Although the AAP strongly discourages co-sleeping, its updated guidelines say that babies should sleep in the same room with their parents for at least six months, on a separate sleep surface with a firm, flat surface.

Under new regulations from the Consumer Product Safety Commission (CPSC), which will go into effect this week, the only products that can be marketed for baby sleep are cribs, bassinets, playpens and beds that attach to the parents’ bed, but allow babies to sleep alone, without any bedding.

Parents should not use sleep aids for their babies that are not specifically marketed for sleep, according to the AAP.

Other sleeping environments can also put babies at risk. Lounging with a baby on a sofa, couch or cushion and falling asleep increases the risk of infant death by 67%, the AAP noted. If the baby is premature, born with a low birth weight or is less than 4 months old, the risk of death while sleeping in bed, on the couch or elsewhere increases five to 10 times, the Academy said.

“A good way to check if a surface is too soft is to press down on your hand and then lift it up. If your hand leaves an indentation, it’s too soft,” said Alison Jacobson, CEO of First Candle, a national nonprofit. committed to eliminating sudden infant death syndrome and other sleep-related infant deaths through education and advocacy.

The best is a bed without decorations

According to the AAP, parents should always put babies to sleep on their backs on a firm, flat mattress covered with a fitted sheet.

Avoid all extras in the crib, including soft toys, blankets, pillows, soft bedding, sleep positioners, or bumper pads, as babies can get trapped in these items and suffocate.

“Crib bumpers have been linked to more than 100 infant deaths in the past 30 years,” the AAP states on its consumer website, healthychildren.org.

These products are often used by well-meaning parents who only want what’s best for their baby and believe they’re doing the right thing, said psychologist Carol Pollack-Nelson, a former CPSC staff member who now studies how people use consumer products.

“When they see their little one crying and having trouble getting settled in the big crib, they think, ‘Well, I’ve got to make the crib cozier. My baby just came out, you know?’ So, intuitively, that’s what makes sense,” says Pollack-Nelson.

But babies don’t need any of those padding to stay warm and comfortable, Jacobson said. “Instead of a sheet or blanket, wrap the baby in a sack or blanket.”

In fact, putting too many clothes or blankets on a baby, especially in a warm room, may be associated with an increased risk of SIDS, Jacobson said.

“Hats and any other head coverings should be removed before putting the baby to bed,” she said, adding that babies only need one more layer than an adult would normally wear.

Since crib rails are now regulated to be together, bumper guards are no longer necessary, the AAP said. “Stores now sell crib bumpers and riser liners. But even these can become loose and become a strangulation hazard. Babies can also get caught between them and the crib mattress,” the academy warned.

Less than 10% slope is allowed

The new CPSC rule will ban all products marketed for infant sleep that have an incline greater than 10%. Among them are incline mattresses and sleep positioners, which are also called infant nests, springs, pods, loungers and rockers, according to the AAP. Some of these products are not sold as sleep aids, but babies often fall asleep while using them.

Many of these products on the market have a tilt of up to 30%, which can be dangerous because babies’ heads fall forward during sleep, the AAP said. This chin-to-chest position can restrict your airway, causing suffocation. Babies can also slip out of devices and become trapped under them, the AAP warned.

The Safe Sleep for Babies Act, enacted last year, bans the manufacture and sale of slanted box springs and bumpers.

Car seats, strollers, swings, baby carriers and baby carriers can also block a baby’s airway, according to the AAP. Therefore, when the baby falls asleep in them, which is unavoidable, parents should move the child so that he lies on his back on a flat and firm surface.

Avoid commercial devices that are sold to prevent sudden death

In its new guidance, the AAP also warns against the use of commercial devices that claim to reduce the risk of sudden death or other sleep-related problems, including portable monitors.

Also, home cardiorespiratory monitors — devices that monitor a baby’s heart rate and oxygen levels — shouldn’t be used as a way to reduce SIDS risk, because there’s no evidence that they work, Jacobson said.

“The use of products that claim to increase sleep safety can create a false sense of security” for parents that “could result in the reduction of safe sleep practices for the baby,” he said.