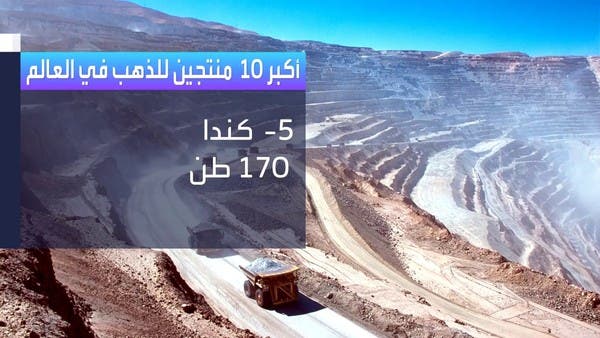 China is the world’s largest producer of gold, with 368 tons annually, while Russia ranks second with a total of 331 tons, and thirdly is Australia, with an annual production of 327 tons.

The United States ranks fourth with a production of 190 tons, while Canada produces 170 tons, which places it in fifth place in the world, and in sixth place comes Ghana, the highest African country in gold production with 138 tons.