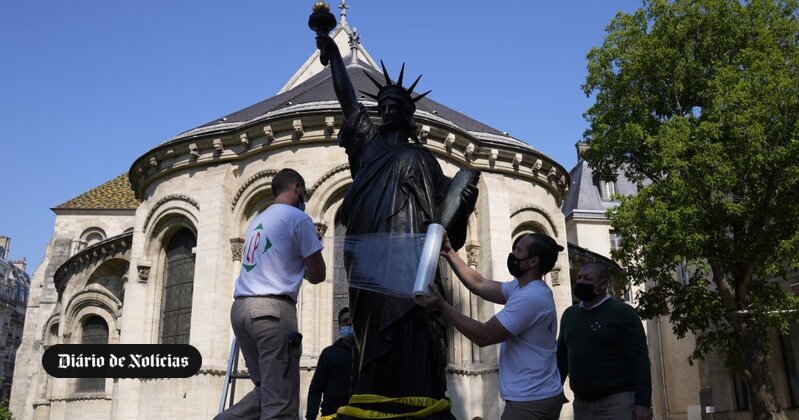 The new statue, like the original one on Liberty Island in the middle of the Hudson River – which bathes the banks of New York City – will also come from France, will be made in bronze and already has the nickname “youngest brother”.

Last Monday, during a special ceremony, the new “sister”, which is 1/16 the size of the original statue, was placed in a container at the National Museum of Arts and Crafts, located in the center of Paris, where it was on display at the museum gardens since 2011.

The new statue will be built on Ellis Island, on an island directly opposite the original Statue of Liberty, from July 1-5 and then move to Washington where it will be on display for the next decade at the French embassy in the US capital.

The statue, weighing over 450 kg and just under three meters high, was built in 2009 and is an exact replica of the original plaster model from 1878.

“The statue symbolizes freedom and light around the world,” said Olivier Faron, general manager of the French museum. “We want to send a very simple message: our friendship with the United States is very important, especially right now. We have to preserve and defend that friendship.”

The replica has the same neoclassical design as its “big sister”. It represents the Roman goddess Libertas and measures 92.99 meters – with the giant pedestal that supports it.

The Statue of Liberty is full of symbolism: from the crown with seven thorns, representing the sun’s rays that reach the world, to the placard with the date of independence of America in Roman numerals; and broken chains and handcuffs lying on his left foot signifying the abolition of slavery in the United States.

The iconic Statue of Liberty that arrived in New York in 1886 was also intended to strengthen Franco-American friendship at a time when Paris and Washington were drifting apart, as French historian André Kaspi recalled in a speech during the sending ceremony. new statue that will board a ship on June 19th and will arrive in the North American city on July 1st.